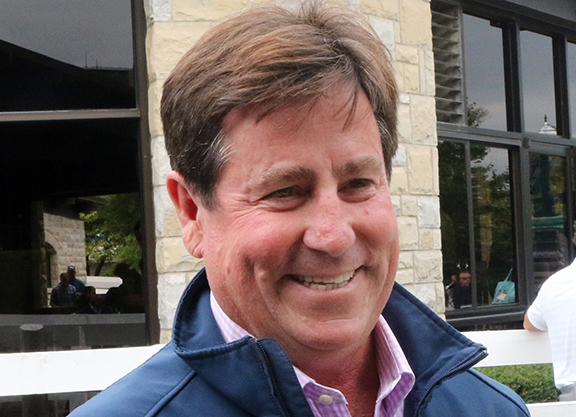 One day after his racist comments on social media were made public, Tom VanMeter sent the Thoroughbred Daily News a statement which he asked be published in the Tuesday night edition.

“Over the weekend, comments I made on a private page of a social media platform surfaced which have since come under scrutiny due to their racist nature. I will not attempt to deny that I wrote the comments, nor will I attempt to justify my actions. Certainly, I am frustrated with the current social situation in our country, however, what I wrote was unjustifiable. I was wrong and am disgusted by my actions. Contrary to what these comments might suggest, in no way do those responses represent my true feelings towards my friends and community members of color. Moving forward I am committed to listening and learning as to how I can be a better ally and advocate in my community and within the racing industry as to how we can better foster inclusivity for all. In the meantime, as a gesture of goodwill, I have made a donation to the NAACP in support of the important work this organization continues to do. I am hopeful all the industry stakeholders and the community at large can forgive me. I can and will do better.”

Monday, in response to a post asking people to retweet if they planned to boycott the NFL after they changed their policy to allow players to peacefully protest racial inequality in America during the national anthem by taking a knee, VanMeter referred to the National Football League, substituting an abbreviation of the “N-word,” a racist slur, for the word National. He also said of protestors, “Put em back in their cage!!!”

VanMeter's son, Griffin, made his own post on Facebook yesterday, which was critical of his father's behavior.

“Today, my Dad wrote racist comments on a racist post on Facebook. Luckily for him he got called out for it as he should have. I'm glad that it was public because his racism is a conversation I wanted to have with him for over 20 years but never had the courage to start. I am sorry to both of us and all of us for that. I care deeply about my dad, and also care deeply about fighting racism.
It hurts my heart for somebody I love to be so misguided. Yet, I understand how he got there. It hurts my heart to think about people reading those bigoted words. It hurts my heart to think of the generations of people who have been denied life and progress because of white supremacy and systematic racism. I hope my Dad can unlearn the racism that was taught to him and that he later taught to me. I hope that he can learn love, acceptance, and promotion of all people. As white people, especially overly privileged white people, we must do our part to change oppressive individuals and systems. Luckily, my Dad will have that opportunity and I will do my part to support him on his anti-racism journey. I'm not looking or need validation for this post. I'm looking for everyone to examine what we can do better to make this world more livable for everyone. Some of that might include deep reflection and reconciliation of our actions. Black Lives Matter.”

This story was posted in Top News and tagged racism, racism in horse racing, Tom VanMeter.