Home » About The Company

The Thoroughbred Daily News is the world's largest and most widely read Thoroughbred eNewspaper, reaching 2.2 million unique users per year. Currently, 19,250 breeders, owners and industry professionals have signed up to receive a daily email when the paper has been posted, while others find us online or use our proprietary app. The TDN suite of products include a website with breaking news, the daily paper, a mobile magazine (TDN Look), podcasts, video features and a YouTube channel. Products are geolocated to serve the intended audience with their local news and race results. The TDN is headquartered in Red Bank, New Jersey (at right); has an office in Newmarket, England; and additional staff in Lexington, Kentucky. 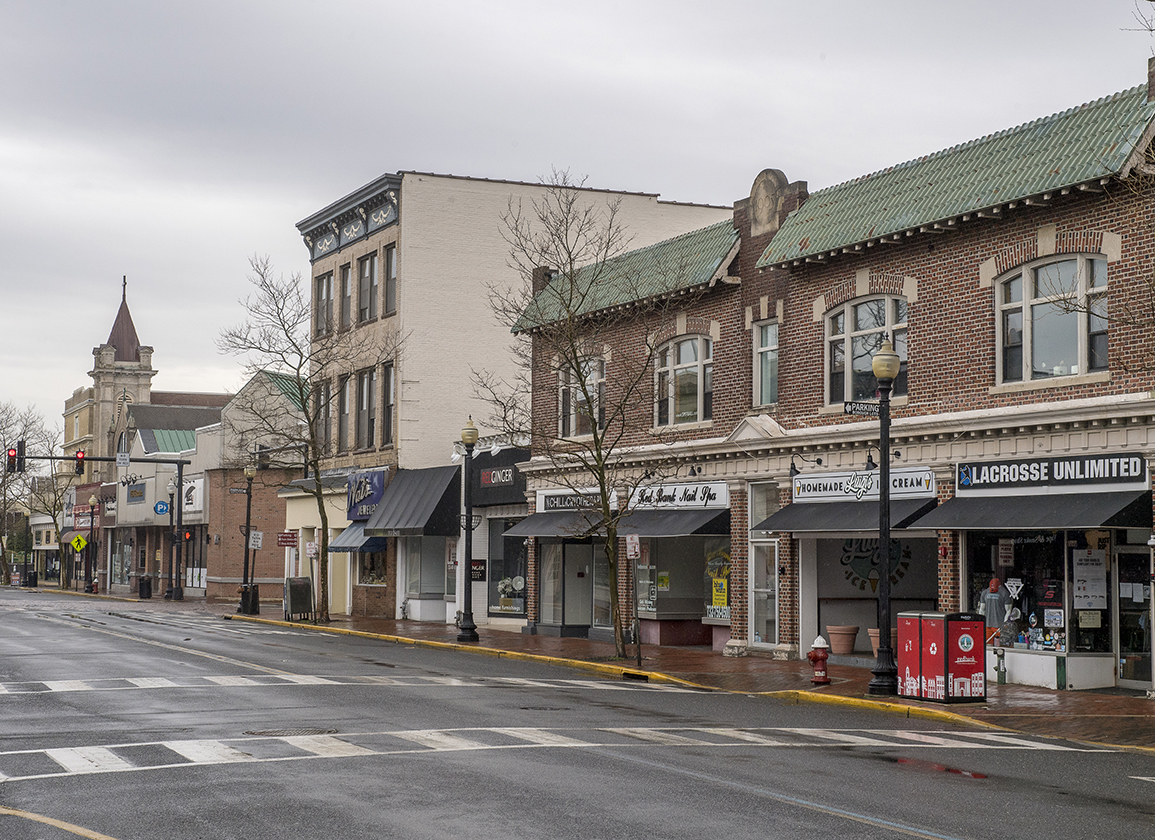 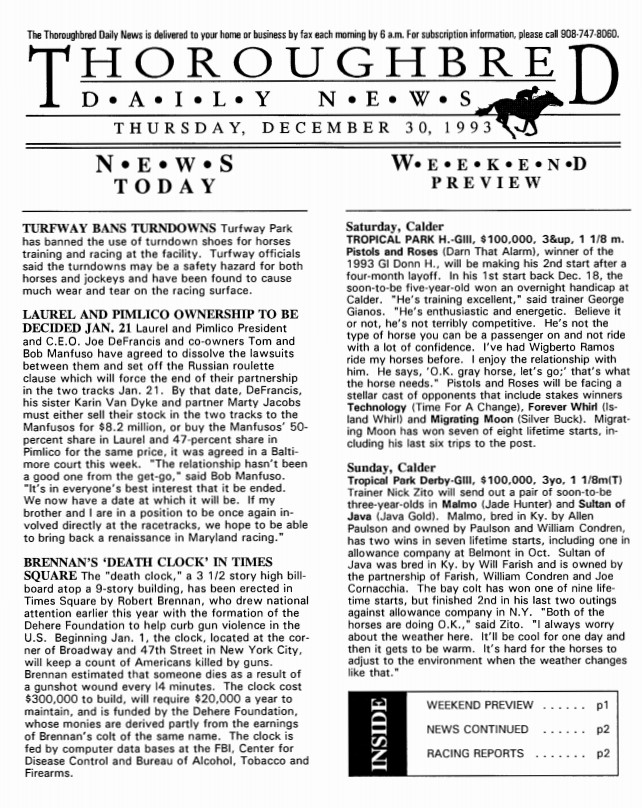 The roots of the Thoroughbred Daily News lie in the former Matchmaker Breeders Exchange, a method of trading stallion seasons and shares founded by Barry Weisbord in 1984. Matchmaker decided that a well-informed clientele benefitted buyers and sellers alike, and they began to disseminate daily stakes information to their members via computer systems. The information was later expanded to include European stakes information and significant maiden winners. When Matchmaker ended in the late 1980s, Weisbord made a deal with Bloodstock Research Information Services for race result information, and the Thoroughbred Times for editorial compilation, and began faxing out a daily product, now called the Thoroughbred Daily News. In 1991, Weisbord launched the American Championship Racing Series, a coast-to-coast tour of televised races for handicap horses. At the time, Sue Finley was working for ABC's Wide World of Sports, which broadcast the races, and in 1992, she joined the ACRS as the Director of Administration and Publicity. Meanwhile, the TDN plugged along. In 1993, the ACRS went off the air, and Weisbord purchased the remaining 50% of the TDN from Peter Brant's Thoroughbred Record, which had absorbed the Thoroughbred Times. Finley and Weisbord formed MediaVista Inc., which became the TDN's parent company, relocated it to Red Bank, New Jersey, and took over the daily production of the TDN.At the time, the TDN was a three-page daily fax with results, and sometimes a sentence or two of news. At the 1994 Keeneland July Sale, they signed up 44 new subscribers, including Claiborne Farm, and have continued to grow ever since. In 2001, they added an emailed PDF and soon thereafter, created a website where users could access the paper. Photos, race replays, news, previews and features all followed, as did feature videos and podcasts.They offered a fax edition of the TDN until 2019, when Will Farish and Chuck Fipke, the last fax subscribers, converted to online subscriptions.

In earlier days, MediaVista Inc. was involved in other media projects as well, doing work for local and national horsemen's groups and creating and producing the American Championship Harness Series on espn2. But the growth of the TDN soon became an all-encompassing pursuit.

In 2018, Weisbord retired, leaving Finley as President and CEO. Weisbord lives in Monmouth Beach, New Jersey, with his daughter, Juliette, and pursues other interests in the industry. He is the Chairman of the Board of Trakus, a technology designed to help the public better follow their horse during a race, and sits on the board of directors of the Breeders' Cup, where he serves on the Enhanced Experience, Marketing, Racing and Governance Committees.

Today, the TDN is owned and operated by Thoroughbred Daily News LLC. They are still based in Red Bank, New Jersey.