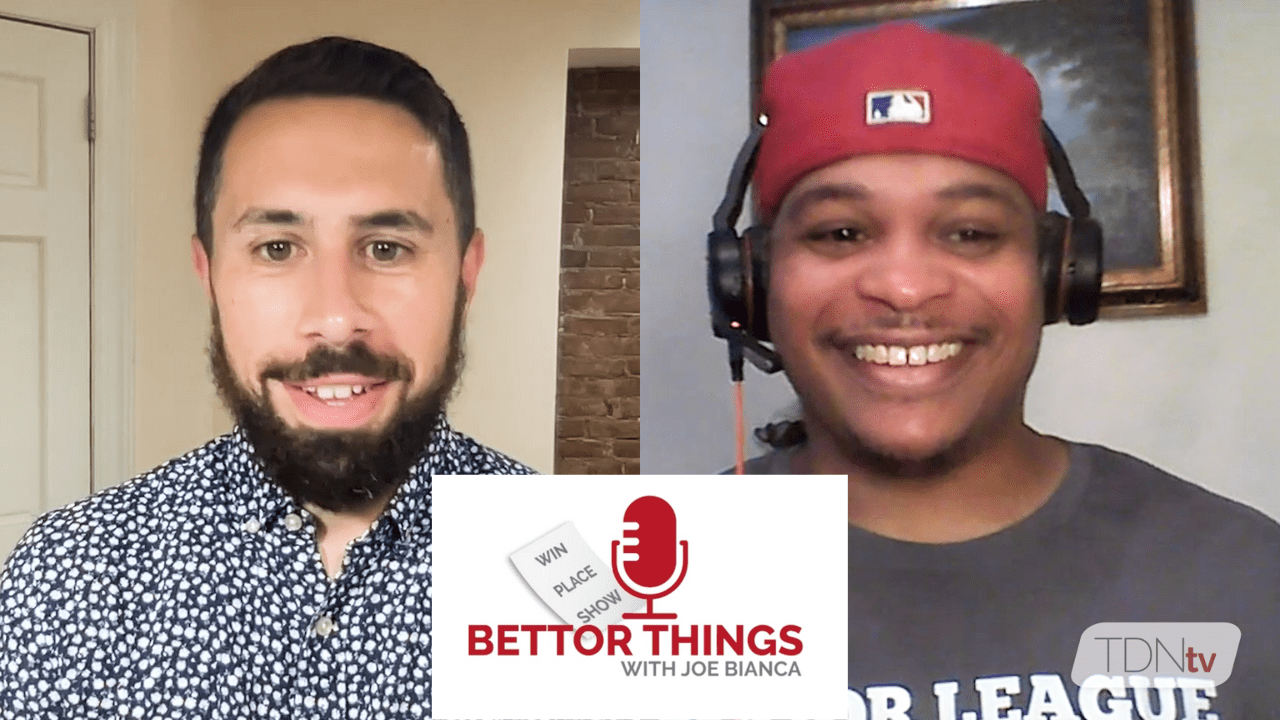 Barry “The Sniper” Spears, a successful handicapping tournament player, public handicapper, podcast host and influential voice in the world of horse racing Twitter, joined the latest episode of Bettor Things with Joe Bianca this week for a wide-ranging conversation on topics inside the sport and out. Spears has been an outspoken advocate for better minority representation in racing, and talked to Bianca about the importance of pointing out the subtle racism that the industry has been slow to address over the years. Spears and Bianca also discussed the good, bad and ugly of racing Twitter, strategies for conquering the Saratoga meet, differences in contest and daily wagering and much more.

Later in the show, following up a profitable first week of his handicapping segment sponsored by the Breeders' Cup in which he gave out $17.60 Haskell winner Cyberknife (Gun Runner), Bianca lays out his plays for Saturday's GI Whitney S. at Saratoga, a star-studded Win and You're In qualifier for the GI Breeders' Cup Classic. Click here to watch the show; click here for the audio-only version or find it on Apple Podcasts or Spotify.