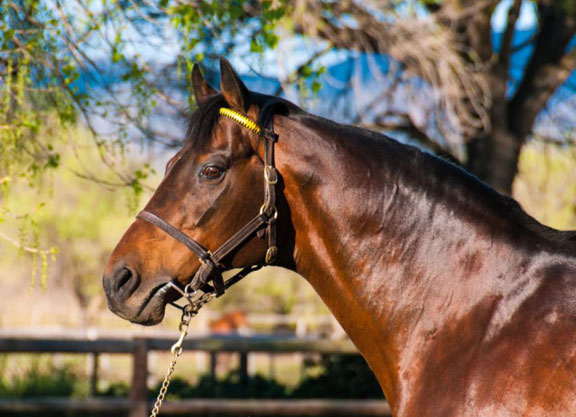 A colt by South African champion sire Silvano (Ger) took top billing at the Cape Premier Yearling Sale staged in Cape Town on Thursday. Offered as lot 99 by Drakenstein Stud, the bay was bought by Nicholas Jonsson for R3-million (£159,394/€187,124). He is the second foal out of Song of Happiness (SAf) (Giant’s Causeway), a winning daughter of champion Captain’s Lover (SAf) (Captain Al {SAf}), who is herself a half-sister to Classic winner and triple Group 1 winner Ebony Flyer (SAf) (Jet Master {SAf}). Jonsson had earlier in the session secured another son of Silvano from Drakenstein (lot 15) for R900,000 (£47,817/€56,137).