Penalize Trainers for Equine Fatalities? The Ins and Outs 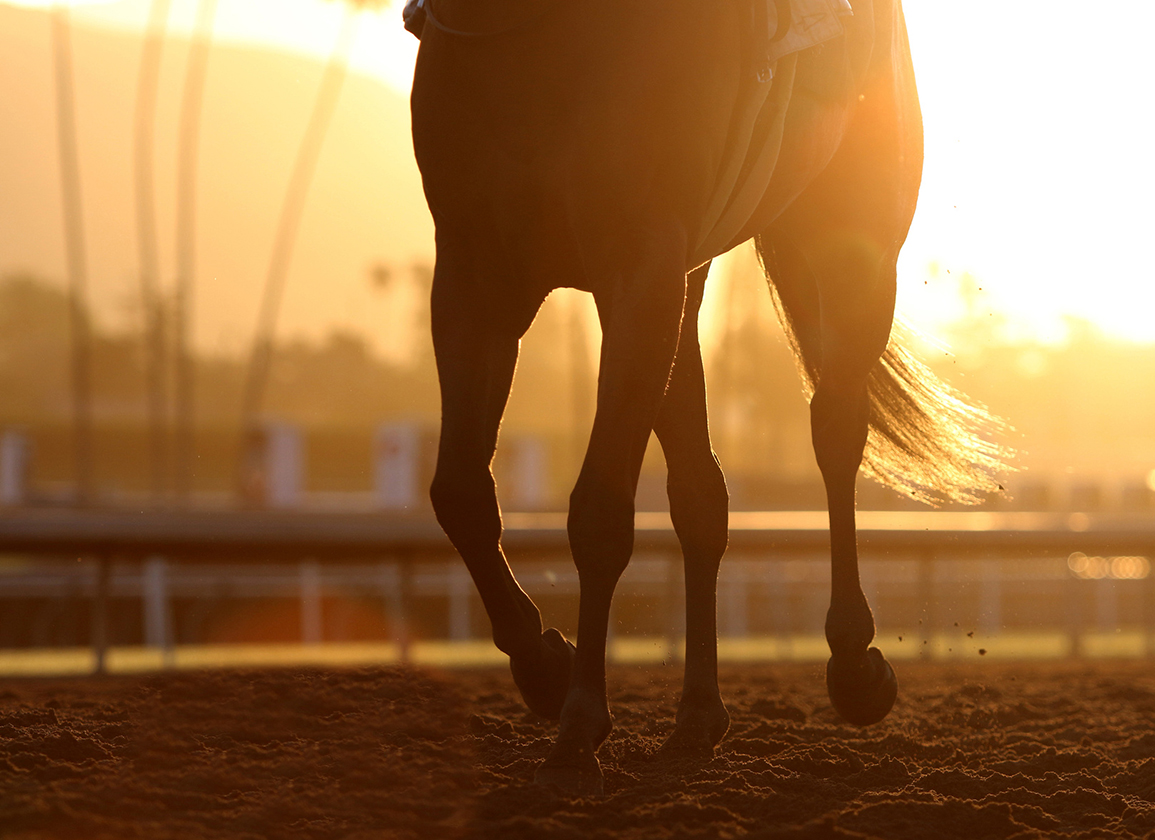 An indication of just how prickly an upcoming California Horse Racing Board (CHRB) Medication, Safety, and Welfare Committee meeting discussion will likely be–one on potentially penalizing trainers for equine injuries and fatalities–can be evinced through a tweet the agency's spokesperson, Mike Marten, issued on Sept. 26.

The digital missive goes: “Considerable interest in this Oct. 19 CHRB committee agenda item: 'Discussion regarding the advisability of penalizing trainers for injuries and fatalities for horses in their care.' Emphasis on the word 'discussion.' Very early in a complicated process.”

A “complicated process” indeed, for the multifactorial nature of any injury–catastrophic or otherwise–comes with connecting threads entangling more than just the trainer.

So why is the CHRB proposing such an idea–what would constitute the first such rule in the country? And what tangible changes could possibly come from opening what some constitute a pandora's box?

To unpick some of the knots woven into the topic, the TDN spoke last week with CHRB executive director, Scott Chaney, who stressed the infancy of the discussion.

“We've gotten rid of the low hanging fruit from a regulatory standpoint,” said Chaney, pointing to a 50% decline in equine fatalities over the last two fiscal years in California.

Nevertheless, there's still wiggle room for further improvement, he added. “This might not be the answer,” he said, of the idea to penalize trainers in this manner. “But other ancillary things could come of it.”

The CHRB already has on its book rules governing personal behavior and animal welfare. Rule 1902 is a broad one largely covering any conduct “which by its nature is detrimental to the best interests of horse racing.”

“No person under the jurisdiction of the Board shall alone, or in concert with another person, permit or cause an animal under his control or care to suffer any form of cruelty, mistreatment, neglect or abuse. Nor shall such person abandon; injure; maim; kill; administer a noxious or harmful substance to; or deprive an animal of necessary care, sustenance, shelter or veterinary care.”

According to the CHRB's steward's ruling database, there have been 44 separate violations of rule 1902.5 over the past 15 years. Just this August, the Del Mar board of stewards suspended trainer Dean Greenman for 30 days on animal welfare, neglect charges.

And so, why the need for further regulations?

“I don't think it directly applies to all kinds of situations when we talk of injuries or fatalities,” said Chaney, of rule 1902.5.

“It's well known that large bone injuries, catastrophic injuries, generally occur after layoffs,” he added. “Given that information and knowledge, should a trainer be held to a higher standard when a large bone injury like that occurs in that timeframe? I'm not sure animal welfare would really apply to that.”

In a hypothetical scenario that further reforms do come of these talks, therefore, what are the practical and ethical landmines that would need to be side-stepped? The first belongs to the notion of ultimate responsibility in relation to often subtle, hard to detect, musculoskeletal injuries.

“Nobody knows the horse better than the trainer,” said Chaney, echoing in the process a core argument of the absolute insurer rule.
Given the multifactorial nature of any injury, however, this leads invariably to other industry participants whose roles, like fault lines, intersect the tectonic plates of shared blame.

The technologies surrounding track maintenance, for example, have improved over the years–markedly so. But it's still far from an exact science. And so, if legitimate question marks surround racetrack surface safety and consistency, how liable should the track superintendent be?

The same question extends to attending veterinarians, those with arguably the greatest scientific insight into a horse's physical wellbeing.

More pointedly, given the fleet of safety programs enacted in California the past two years–from increased veterinary examinations to tightened vet's list restrictions–should questions of culpability be extended to the official veterinarians responsible for signing off on a horse's raceday participation?

“I don't think you want to be in the business of saying regulatory vets should be held responsible–I push back pretty hard on that one,” said Chaney.

“This would imply that if there was a morning soundness check and a horse dies in the afternoon, then it's the regulatory vet's responsibility,” he further explained. “A, I don't think it's an intelligent approach. And B, I just don't think you'd find any regulatory vets. There's no way you could entirely warranty a horse like that.”

This line of inquiry sure has a touch of the rabbit hole about it, for some subtle injuries can be as good as imperceptible to the trainer on the sidelines, yet detectable to the rider on the horse's back.

What onus should the rider bear who misses the problem–or more importantly, the one who fails to tell the trainer of an underlying issue?

This is no insignificant obstacle considering the industry faces a shrinking pool of experienced and qualified riding talent.

Here, Chaney emphasized the open-ended nature of these discussions–that, as the CHRB reaches the “end of its regulatory push” to reduce fatalities, a public discussion of this type might serve the singular purpose of putting “licensees on notice.”

From culpability, the path leads to matters of definition. In other words, what should be the set of parameters used to distinguish a guilty trainer from an innocent one? Is there a statistical tipping point that can steer a burden of proof?

This couldn't be a hotter topic right now, given recent instances of track operators unilaterally excluding licensed individuals from their premises on equine welfare grounds.

In banning in 2019 Jerry Hollendorfer from its facilities by claiming he failed to put horse and rider safety above all else, for example, The Stronach Group (TSG) effectively argued that the trainer posed a disproportionate danger to the horses in his care.

In its defense, Hollendorfer's legal team have argued that a broad look at the trainer's career, and given all relevant data points, he poses a statistically lower risk to his horses than many other California trainers.

It's instructive to note how some industry experts have sought a solution to the problem of quantifying trainer risk–like Jennifer Durenberger, with her Regulatory Veterinary Intervention (RVI) rate, a mathematical model that was trialed a few years ago.

But Chaney takes a different tack. He says that California's relatively low fatality rate means that in a hypothetical scenario of trainer penalties, statistical significance might be superfluous when it comes to trainers responsible for multiple fatalities.

“One fatality might happen to a trainer, and it would be unfair to hold hem responsible. But in this day and age, if you're having two or three, regardless of starts or number of horses in your barn, you've taken a wrong turn somewhere,” he said. “California racing will not exist if every trainer has two or three fatalities in their care each year. It's over.”

(As an interesting aside, such an eventuality raises the possibility a numerically powerful trainer deciding the risk to maintain a large stable was too great, and consequently shed a few horses to align it with other stables in the state–a potential salve to the relative dominance of the state's super trainers.)

In some of the feedback thus far to this latest CHRB proposal, there's a tangible fear that broaching issues of culpability could unpick a scab still healing in California, laying bare once again how dangers inherent to horse racing can be unpalatable to the general public.

“Is it a little uncomfortable? Absolutely,” Chaney admitted. “But we're already having those discussions in California, right? I guess it's fair to say the rest of the country isn't as far along the spectrum as we are–we're the point of the spear.”

If we are indeed at the tip of the metaphorical spear, then might this be an opportunity to identify and try to fix some of the other less obvious root causes of equine injury, like the quality of the training facilities? In this regard, few would argue that California couldn't step up considerably.

Dilapidated barns desperately need renovation, and equipment routinely employed elsewhere around the world–like swimming pools and treadmills and hyperbaric chambers–would be a welcome addition for trainers currently starved of options.

If California really sees itself an industry leader, are state of the art training facilities not part of that gold standard?

I've also written recently of the broken trainer business model in the U.S.–one that places the trainer from the very beginning on a financial back foot.

Few things can tempt a struggling trainer into corner-cutting faster than a bank balance in the red, and fast-mounting bills to the feed merchant and farrier and an assortment of other creditors.

If trainers in California are held to a higher standard in terms of horse safety, maybe it's time to properly take to task repeatedly delinquent owners? Given recent high-profile cases involving the Zayats and the Ramseys, this is hardly an isolated problem.

“I agree with that,” said Chaney. “And just to be clear, from a regulatory approach, we're not finished. I think it's fair to say we're over the initial major regulatory push, but there's still more work to be done. I could rattle off five more regulations that could go into effect.”

What are those five?

“I think I'd like to hear from the trainers first,” said Chaney, before adding that the list could include better standardization of racetracks (and making those measurements public), expanded video surveillance on all backstretches, and a look at basic training philosophies–maybe even the idea of opening up training to the opposite direction around the track (clockwise instead of counterclockwise).

The idea behind the committee meeting next week, said Chaney, “is for stakeholders to add to that list as well.”