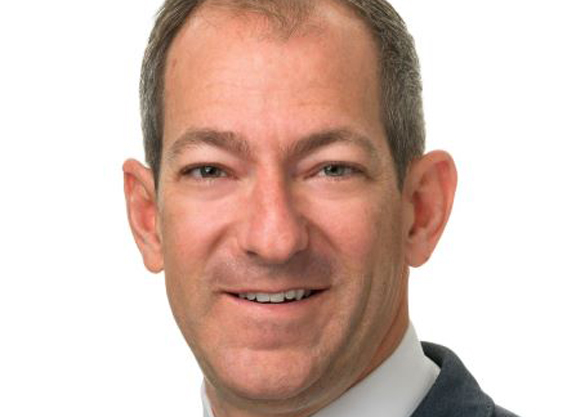 The TDN recently took a lengthy dive into the business model of the average American trainer, and asked this question: “What, if anything, can be done to make this model a healthier, more efficiently run affair?”

The answers garnered revolved around two central issues. One concerned reduced race-day opportunities leading to shrinking earnings, and the possible raising of day-rates to compensate. The other concerned the possible payment of monthly invoices up-front, to save trainers the pressure of covering the daily expenses for a minimum of 40-45 days.

Other topics raised included bureaucratic red-tape that makes the costs of running a business in certain states onerous, the streamlining of labor laws by re-labeling backstretch workers “agricultural” employees and possible changes to trainer licensing tests requiring an understanding in business fundamentals.

Absent from that initial discussion were the voices from those who pay the bills, and so today, we've turned to the owners and owner-breeders for their perspective. The following remarks have been distilled from much longer conversations and edited for brevity and clarity.

Greg Avioli, president and CEO of the Thoroughbred Owners of California (TOC)

“I personally believe that the current system is broken,” said Avoili. “We have hundreds of individual licensed trainers in California, many of whom do not earn subsistence-level income from their purse generation. I don't think that's a sustainable system into the future, and I think the primary indicator of that is: talk to the trainers. How many trainers will tell you they're not making it economically? It's a significant number.”

Avioli broke the issue down in California to rudimentary “back-of-the-napkin” math. If the average day-rate in California is $100, the monthly cost of training the roughly 3200 or so horses in the state works out to some $10 million and around $120 million annually. “It's an extraordinary amount of money,” he said.

What's more, annually, California purses work out to about $125 million, which leaves “a paltry” $12 million to the trainer's share of the purses. Given the sheer number of trainers in California who win a relatively small number of races annually, “I think the economics of it are going to have to change for the trainer's benefit,” said Avioli.

Our original story detailed the business model in Hong Kong–a centralized system whereby the Hong Kong Jockey Club handles many of the typical bookkeeping tasks left to the trainer here in the U.S., like payroll management and monthly invoicing of owners.

According to Avioli, certain aspects of the Hong Kong model make “economic sense” from a cost-saving standpoint. One of those possible avenues surrounds procurement of goods.

“We have hundreds of different trainers buying the same supplies, right? We have people buying tack, buying feed, buying medications, and none of it is centralized,” he said. “By definition, we're losing out on cost efficiencies.”

“That's a waste out of the system,” he added. “I'd be fascinated to know how much time trainers spend every week not training horses and trying to collect money.”

Of course, the Hong Kong system presents a stark departure from the U.S. model which is attractive to many due to its “free-market” economic framework. This represents no insignificant barrier to change, Avioli acknowledged. Another factor to consider is scale.

“How does the Hong Kong model, which works at the scale they run at two racetracks, work here?” he said. “There are many advantages they have in terms of efficiencies that we don't have built in.”

But given the stark financial situation that many trainers face, exacerbated by the massive revenue losses through COVID-19, broad efficiencies are an imperative if the industry is to survive into the long-term, said Avoili. And such cost-saving measures are achievable, he added, pointing to the changes made a couple of years ago to the state's vanning program which resulted in a 40% reduction in costs.

“Because the trainers are such a critical part of the game, you have to find a sustainable model,” Avioli said. “And when you look at the amount of money that in the aggregate is being paid, you would think that there would be many opportunities for efficiencies that would provide more compensation to the trainers.”

“When I read the trainer article, I think everything they said makes sense,” said Bernick. “The whole business has changed. You can debate whether it's for the better or worse, but you can't argue it hasn't changed. So, everybody has to react to how the business is now.”

The path to a more equitable business model for trainers, said Bernick, is to make broader structural changes to the industry so that the incentives are shared more equally–and these incentives needn't necessarily be financial.

“Here's the problem: People buy products, whatever it is, because they want to get enjoyment and use out of those products. So, people don't go into the horse business so that trainers and all the people who support the trainers–the suppliers and the feed companies–can make a great living. That's not a compelling reason to buy a Thoroughbred,” he said.

To frame his argument, Bernick turned to Europe, where the prize money on any ordinary day doesn't compare to the U.S., but where “they're giving an experience to the people that pay for the show that makes them want to keep participating,” he said. “It's an interesting experience, it's a great day out, and you have an expectation of what it's going to be there. Over here, in some ways it's less exciting.”

Another important factor? The financial expectations that owners bring to the game, along with the way influential players forge and shape these expectations, said Bernick.

“The agents have always known how to select good horses, but they've changed the model so that instead of winning trophies, they're trying to make money and make a return on capital,” said Bernick. “That's fine, but at the end of the day, it's a horse racing business and not a horse-trading business. That's why we breed.”

In terms of more immediate possible change, Bernick said that he was open to the idea of paying his monthly bills up-front, as opposed to the end of the cycle. “I don't mind doing that,” he said.

“Believe me, I get that with a lot of trainers they're trying to make a living, and the guy who owns the horses is a multi-millionaire and he's not paying his bill. I get it, and that's a problem. But until they fix horseracing, then horse training is not going to be a great job,” Bernick said.

“I understand it all–I understand the quandary people are in. These suckers are expensive, and nothing goes down. Feed prices and everything keep going up, up, up. So, let's be honest–with the racehorses, we're just trying to break even,” said Brogden.

“And it's hard to raise day-rates, be proactive and ask people to pre-pay in a situation where people don't really need to race horses,” Brogden added, alluding to the economic hit from the coronavirus. “Ultimately, we produce a luxury item. You need a house. You need to eat. You need to pay your electric bill. You need a car to get to work. But no one needs a racehorse.”

All of which explains why–like Bernick–Brogden stresses the bigger picture, and the need for broader structural reform within the industry. This begins with a centralized ruling body, even if there are significant “hurdles” standing in the way of that ever happening, she added.

“If everyone was on the same page and was doing everything for the good of the sport and the business, I believe things would be done very differently,” she said. “I think the crux of all of the issues in the industry comes from the fact that we don't have a unified voice. No federal racing commission. No commissioner.”

Within this broader unified model are ways for the industry to work together to improve the owner experience, the dividends from which would trickle down to the trainers–better harmony, for example, between owner and trainer organizations to entice new players into the sport and educate them on the financial nuances (and likely drawbacks) of the game, said Brogden.

One of those challenges, said Brogden, is to help foster a philosophical shift within the industry, lessening the emphasis on possible financial returns and shining a brighter light on those other less remunerative rewards the sport offers.

“The biggest shift has occurred from this industry being a sport [back] in the 1980s to now, when so many people are in it to make money,” she said. “Well, it's damned hard to make money with racehorses. You get the lucky ones, but that shouldn't alone be why we're in it.”

In the original story, Kiaran McLaughlin raised the issue of syndicates and the financial arrangements pushed by some of these influential groups.

“Many, many horse owners today are in syndicates that don't want any bills,” said McLaughlin. “Many syndicates say, 'you pay all the bills, we'll give you 60-40 [from earnings] to train.' So, when you open up that can of worms, talk about disastrous when there's no racing. You can't earn enough to pay any bills.”

While Brogden sees syndicates as an avenue to expand the sport, she said she understands how they're under pressure to “produce” to remain relevant–a nod, again, to the philosophical industry shift from a sport to a business. “There's always the 'what have you done for me lately' mentality, so they are under constant pressure to have the next 'big' Saturday horse.”

Brogden added: “People always say, 'there's a shortage of owners.' And there is. But the reason for this shortage of owners is so huge and overwhelming, and there's no mechanism to fix this because we have no one person ultimately in charge.”