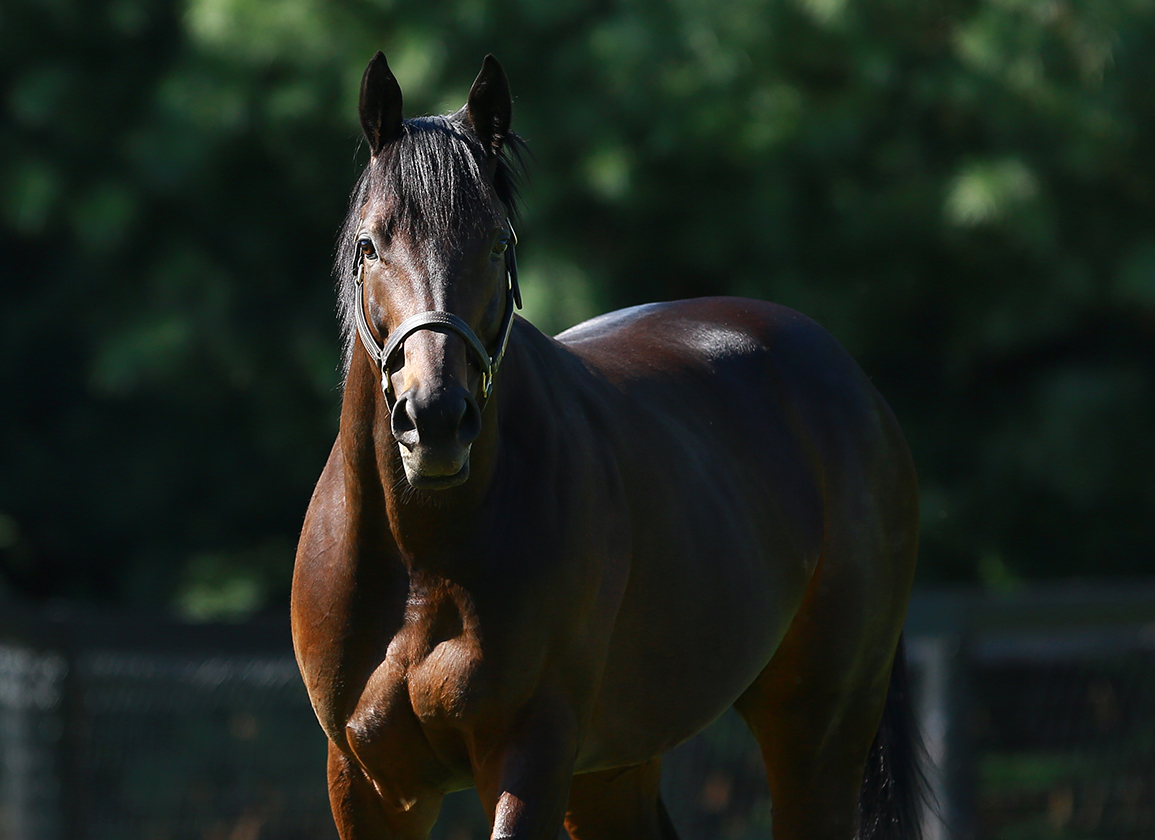 In the face of an end run in the Kentucky legislature, The Jockey Club will rescind its 140 mare cap for stallions, the organization announced in a press release Thursday morning.

“The Jockey Club announced today that it is rescinding the following italicized language in Rule 14C of The Jockey Club's Principal Rules and Requirements of the American Studbook that addresses limitations to the total number of mares bred per stallion: The total number of broodmares bred per individual stallion whose year of birth is 2020 or thereafter shall not exceed 140 per calendar year in the United States, Canada, and Puerto Rico. The Jockey Club shall limit the number of Stallion Service Certificates for such stallions to a maximum of 140 per calendar year.”

The press release continues, “A similar rule was first proposed in September 2019 before being adopted in its current form by the board of stewards in May 2020, following extensive public comment.”

“The Jockey Club board of stewards is rescinding this rule as it is concerned that the reaction to the rule may divide the industry at a time when there are many important issues that need to be addressed with unity,” said Stuart S. Janney III, chairman of The Jockey Club. “We are taking this action for the greater good of the entire industry. The Jockey Club remains committed to the sustainability and welfare of the breed and will continue to invest in programs and research that will bolster and support the industry in the years to come.”

On Tuesday, the Speaker of Kentucky's House of Representatives David Osborne co-filed a bill that would prohibit “a registrar of Thoroughbreds” from restricting “the number of mares that can be bred to a stallion or otherwise refuse to register any foal based upon the number of mares bred to the stallion.” The bill was expected to be voted on Thursday, and observers expected rapid passage.

The measure would have empowered the Kentucky Horse Racing Commission to “select and utilize an entity to serve as the registrar,” meaning that the state's selection might not necessarily end up being the 128-year-old, industry-standard TJC. Yet if the chosen registrar had ended up being TJC and that organization does not “submit to the jurisdiction of Kentucky” and “comply with the laws of this chapter,” the bill's summary states that Kentucky will amend state statutes to instead “allow the Kentucky Thoroughbred Development Fund registrar to stamp a Thoroughbred's certificate with the registrar's seal.”

In May, 2020, The Jockey Club announced that it had adopted a rule limiting the annual breeding of individual stallions to 140 mares, and that the rule would apply to foals of 2020 and later. They argued the purpose of the rule was to “preserve the health of the Thoroughbred breed for the long term.” At the time, Jockey Club President and CEO James Gagliano said that, “we neither expect nor see a basis for a legal challenge.”

But in fact, the rule was quickly challenged in the form of a lawsuit brought by Spendthrift, Three Chimneys and Coolmore, who collectively stood 16 stallions who bred over 140 mares in 2020.

For its part, The Jockey Club quickly filed a motion in federal court to dismiss what they called a “scattershot and meritless” lawsuit.

The news was well-received by Coolmore, which released a statement Thursday afternoon.

“We welcome the decision of The Jockey Club's to drop its 'stallion cap' rule change, a move which we agree supports the greater good of the industry,” the statement reads. “The Jockey Club has listened to concerns expressed, and we endorse its call for the industry to unite behind the common goal of growing and promoting thoroughbred breeding and racing in Kentucky and throughout the USA. We should work together to ensure the sustainability and welfare of the breed and invest in supporting the industry's future. The decision follows the introduction on Monday by the Speaker of Kentucky's House of Representatives, David Osborne–along with co-sponsor Representative Matthew Koch–of legislation to prevent any `registrar of Thoroughbreds' from implementing a cap. It is clear this legislation had overwhelming support from State legislators, who recognized that the cap risked impacting the livelihoods of many working in the industry and would have hurt an activity for which Kentucky is internationally renowned and respected. We commend Speaker Osborne and Representative Koch for taking the lead on this issue, which will help to keep Kentucky relevant in the international bloodstock market. From our experience in Ireland, we know how important it is to nurture a critical mass of breeding excellence, which is a position Kentucky has long held, and can now maintain into the future.

“It could not have been in the interests of Kentucky racing for the progeny of great sires like Spendthrift's Into Mischief, or Three Chimney's Gun Runner to be restricted artificially. The quality and attraction of an auction house like Keeneland would have been damaged if, for example, the cap had reduced the number of yearlings from a stallion of the caliber of Into Mischief each year at Kentucky sales by over 70.

“We intend to send 10 mares to Into Mischief this year, something that would not be possible with stallions of his stature in future if the cap had been maintained, and it would restrict similar access for many other breeders also.

“We praise the International Stud Book Committee for the work they continue to do to create harmonized global breeding rules. We also want to thank the many scientists and genetic experts whose insights informed our view that the cap would not have contributed in any meaningful way to promoting genetic diversity.

“A key figure leading opposition to the cap was the late B. Wayne Hughes of Spendthrift Farms. His determination to protect an industry he loved has been rewarded. He brought many great ideas and innovations to bear and we would benefit from the participation of more people of his caliber and with his passion.”

Spendthrift `Happy to be moving on'

Spendthrift's owner, Eric Gustavson, released a statement as well. “First and foremost, we are respectful of all parties on both sides of the mare cap issue. We appreciate that the Kentucky Legislature saw things as we see it, and we are pleased with The Jockey Club's decision to rescind the rule. We welcome The Jockey Club's call for unity moving forward to help make this a better industry for everyone involved. Lastly, we are thankful for all the support we have received, and we are happy to be moving on.”

Three Chimneys, the third of three farms who filed suit to stop the cap, also reacted to the news with a statement. “Three Chimneys applauds The Jockey Club's decision with regard to the proposed mare cap rule,” said the farm's chairman, Goncalo Torrealba. “We agree that unity and collaboration within our industry is the path towards a sustainable and successful future for all participants at every level.”