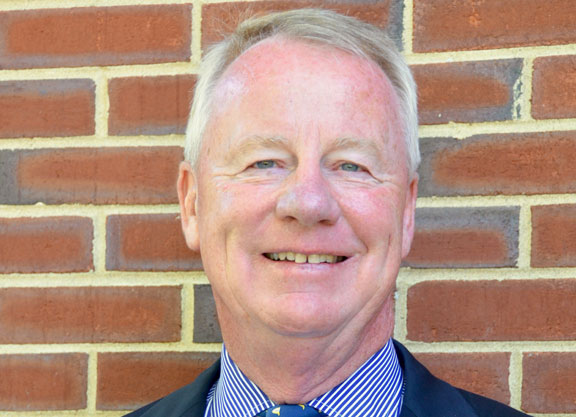 Starting with horses born in 2020, the number of mares a stallion can be bred to in a season will be limited to 140, The Jockey Club announced Thursday.

“The rule reflects The Jockey Club’s goal to preserve the health of the Thoroughbred breed for the long term…” Thursday’s press release read. When reached by the TDN, Jockey Club President and COO Jim Gagliano declined to comment further.

“I think this is great for the sustainability of our industry going forward,” said Claiborne President Walker Hancock. “It’s really going to give a lot more colts the opportunity to become stallions and I think it will level the playing field amongst these mid-level stallions that don’t have full books. It will increase genetic diversification throughout the gene pool. It’s a win for our industry.”

“The Jockey Club is acting within their rights and in their jurisdiction in implementing this rule,” said Gainesway Farm CEO Antony Beck. “I think it will make some people happy and some people unhappy. Some book sizes are much larger than what was the norm say 10 years ago. I have bred books that go over that number in the past, though not that much over that number. I can’t say if I will be happy or unhappy. I did send a mare the other day to a fashionable stallion. She was bred at 9 at night. He’d obviously been extremely busy.”

The Jockey Club first broached the subject of limiting the number of mares which a stallion could breed in September, announcing that is was considering a new set of rules and expressing its concern with the narrowing diversity of the Thoroughbred gene pool. “The combination of these changes has resulted in a substantial increase in the percentage of foals produced by a discreet segment of stallions—signaling a worrisome concentration of the gene pool,” the September announcement read. The September proposal called for phasing in the limits, starting with the 2021 breeding season and according to how long a sire had been standing at stud. That The Jockey Club grandfathered in all existing stallions as well as all horse currently racing appears to be a concession on its part.

Reaction to the timing of when the rule will go into effect was mixed.

John Sikura, the president and owner of Hill ‘n’ Dale Farms said having a different set of rules going forward would lead to a playing field that is not level.

“You are going to have two tiers of stallions,” Sikura said. “You’ll have the group that currently exists that performs under one set of rules, which are no rules. Then you’ll have stallions competing against them that have had a restriction imposed on them. Therefore, those who want to breed to a large books of mares will continue to do so for the next 15 years or so. My biggest concern is the two sets of rules for stallions covering mares and that the rules are defined only by birth year. Those who can breed their stallions to more mares will have a competitive advantage.

I understand the concerns and I think some of them are valid. I just don’t know if this is the best way to go forward. Excuse the pun, but I don’t know how you can justify having two different sets of rules. Everything should be fair and broad-based and everybody should have to follow the same rule.”

While he said he was generally in favor of the rule change, Lane’s End Farm President Bill Farish had some reservations.

“I am happy that they have done this and I think it will be great for the industry, but I wish there were a more aggressive timeline than there is,” he said. “It’s going to take a long time for this to have an effect. I don’t think this will change things for us. It will make it so there is a line in the sand. It will make decisions easier for us on some of our stallions.”

Lane’s End has five stallions that topped the 140 number in 2019, but none higher that Accelerate, who covered 167 mares.

Ned Toffey, the General Manager for Spendthrift Farm, said that the farm would have no comment on the news.

The rule change required a rewording of the Jockey Club’s Rule 14C. The new rules now include the text: “The total number of broodmares bred per individual stallion whose year of birth is 2020 or thereafter shall not exceed 140 per calendar year in the United States, Canada, and Puerto Rico. The Jockey Club shall limit the number of Stallion Service Certificates for such stallions to a maximum of 140 per calendar year.”

This story was posted in Top News and tagged 140 mare cap, Breeding, stallions, The Jockey Club.