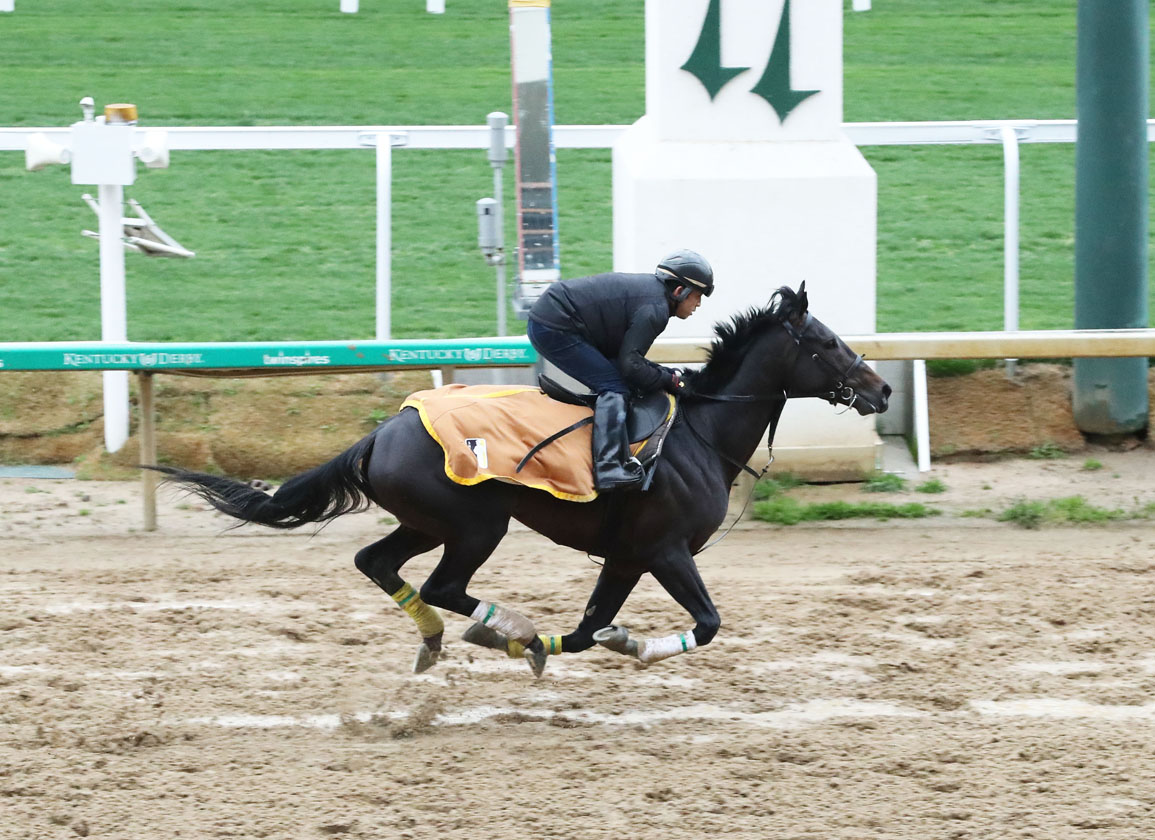 It's long been an appealing part of American lore how the GI Kentucky Derby is unique compared to every other race run during the year. The emphasis has traditionally been on young horses getting exactly one chance to run a distance they've never before attempted, against the largest field they'll likely ever encounter; in front of the biggest on-track crowd they'll ever experience.

But the 21st Century has gradually added dynamics to the Derby's legacy that have shaped the race in ways that could not have been fathomed even one generation ago.

A qualifying points system now determines starting berths, essentially rewriting the game plan for training Derby aspirants. Starting spots are reserved for foreign horses in an effort to globally grow Derby betting. Two of the past three Derbies have involved interference or drug disqualifications of the first horses across the finish wire, ensnarling “the most exciting two minutes in sports” in months of litigation. This year the gaming corporation that controls the Derby has barred the winningest trainer in the history of the race, although swift action related to a series of related appeals in the courts has kept that issue from dominating the Derby's news cycle.

We also have an unprecedented lull in the action, with this year being the first to feature four weeks between the final important weekend of nine-furlong preps and the Derby itself.

That spacing got changed when Oaklawn Park readjusted its 2022 prep schedule by moving back the date of its premier stakes, the GI Arkansas Derby, so it sat five weeks out from the first Saturday in May instead of the more familiar three.

You can't use one single year as a measuring stick. But the entire sophomore series at Oaklawn this season shook out as the weakest prep path to Louisville, with only three longshot contenders likely for the Kentucky Derby. The bigger question moving forward will be whether or not some enterprising track will juggle its own prep race spacing for '23 to claim the mid-April spot vacated by Oaklawn.

It's true that the “less is more” approach to training dovetails better with the four-week placement of the final 100-points-to-the-winner stakes. Yet the Saturday exactly three weeks out from the Derby still has untapped potential as prime real estate on the calendar in the context of being the last chance to earn serious qualifying points.

Right now Aqueduct, Keeneland and Santa Anita all stack up against each other on the same four-weeks-out date. They all offer the same-distance race for the same amount of Derby points, with the only difference being that the Wood Memorial S. is a Grade II instead of the Grade I offered by the Santa Anita Derby and Blue Grass S.

At some level, wouldn't it behoove one of those tracks to break with convention and lay claim to being the theoretical “only game in town” on a standalone Saturday without having to compete against the other two for entrants and the attention of the betting public?

This year the Wood, Blue Grass and Santa Anita Derby all went off within roughly the same hour on Apr. 9. The very next Saturday was fairly light on the national landscape, yet the GIII Stonestreet Lexington S. at Keeneland attracted 11 sophomores who were chasing coveted Derby qualifying points.

No matter that the Lexington was a relatively short race at 1 1/16 miles featuring only 20 points to the victor. Those were still crucial points for horses on the cusp of being in or out, and the Lexington was compelling this year because of it being a last-gasp chance to make it to Louisville.

The qualifying points system isn't perfect. But one of its most intriguing, baked-in advantages is that the closer you get to the date of the Derby itself, the more riveting the quest for points becomes. In that respect, it seems almost wasteful not to be leveraging that drama right up until the three-week mark before the race.

Another small step for Oregon

On Thursday, TDN reported on the glimmer of hope that exists to revitalize racing at Grants Pass Downs in southern Oregon.

Later that same evening, the plans took another small but important step forward when the Southern Oregon Horse Racing Association (SOHRA) was resurrected after two years of dormancy.

The idea is for the Oregon Horsemen's Benevolent and Protective Association (OHBPA) to fund the eventual return of an extended meet at Grants Pass, while SOHRA steps in as an experienced  recent license-holder to help keep the state's most suitable track for training open this spring and summer while possibly hosting the formerly traditional fairs meet at Grants Pass in June/July.

Four other mixed-meet fairs tracks run in Oregon. But they were all put in jeopardy earlier this month when the linchpin of the circuit–35 days of commercial-meet racing at Grants Pass–got severed in the wake of the Oregon Racing Commission (ORC)'s vote to deny a gaming license to the track.

That ORC decision was based on a Department of Justice opinion that called the project unconstitutional because of the way the state's gambling laws are set up and it came after investor Travis Boersma spent $35 million over the last two years overhauling Grants Pass Downs and building a facility to house historical horse racing machines there.

Without Grants Pass up and functional, the horses have nowhere to train for the fairs.

According to the Grants Pass Daily Courier, about 50 trainers and owners crowded into a backstretch meeting Apr. 21, and the first order of SOHRA business was bringing back Rod Lowe, who previously oversaw SOHRA when the organization hosted the Josephine County Fair dates at Grants Pass Downs between 2013-19.

Asked why he was coming back to head the longshot revival of Oregon racing, Lowe drew applause when he said, “Because I love the sport, I love the industry. And I love Grants Pass Downs.”

The Daily Courier said the next important deadline will be Tuesday, which is when the OHBPA will find out if it's able to buy the heavy equipment (starting gate, tractors, horse ambulance, etc…) that Boersma wants liquidated.

Win machine on the move

Greeley and Ben (Greeley's Conquest), who tied for second-winningest horse in North America in 2021 with 11 trips to the winner's circle, won his fourth race of '22 on Sunday at Oaklawn Park. The strapping 8-year-old has now won 15 of his last 20 starts and 20 of 32 lifetime.

That's an impressive run for a gelding who was claimed for $10,000 a little over a year ago.

Since being owned and trained by Karl Broberg (End Zone Athletics), Greeley and Ben has blossomed into a three-time stakes winner who has bankrolled roughly 45 times his claim price in purses.

Dropping from Grade III sprint company into a $62,500 optional-claimer/NW3L allowance Sunday, Greeley and Ben was bet down to 2-5 favoritism. He pressed the pace and edged clear to win by 1 1/4 lengths, but was claimed by trainer Melton Wilson on behalf of owner Thaddeus Wier, Jr.

Somewhat surprisingly, Greeley and Ben isn't the continent's victory leader so far in '22: Exit Right (Effinex) is 5-for-5 at Parx and Aqueduct. Beverly Park (Munnings) is 5-for-12 (yes, a dozen starts through mid-April) with wins at Charles Town, Laurel and Mahoning Valley.