The Major Talking Points From Day Three at Royal Ascot 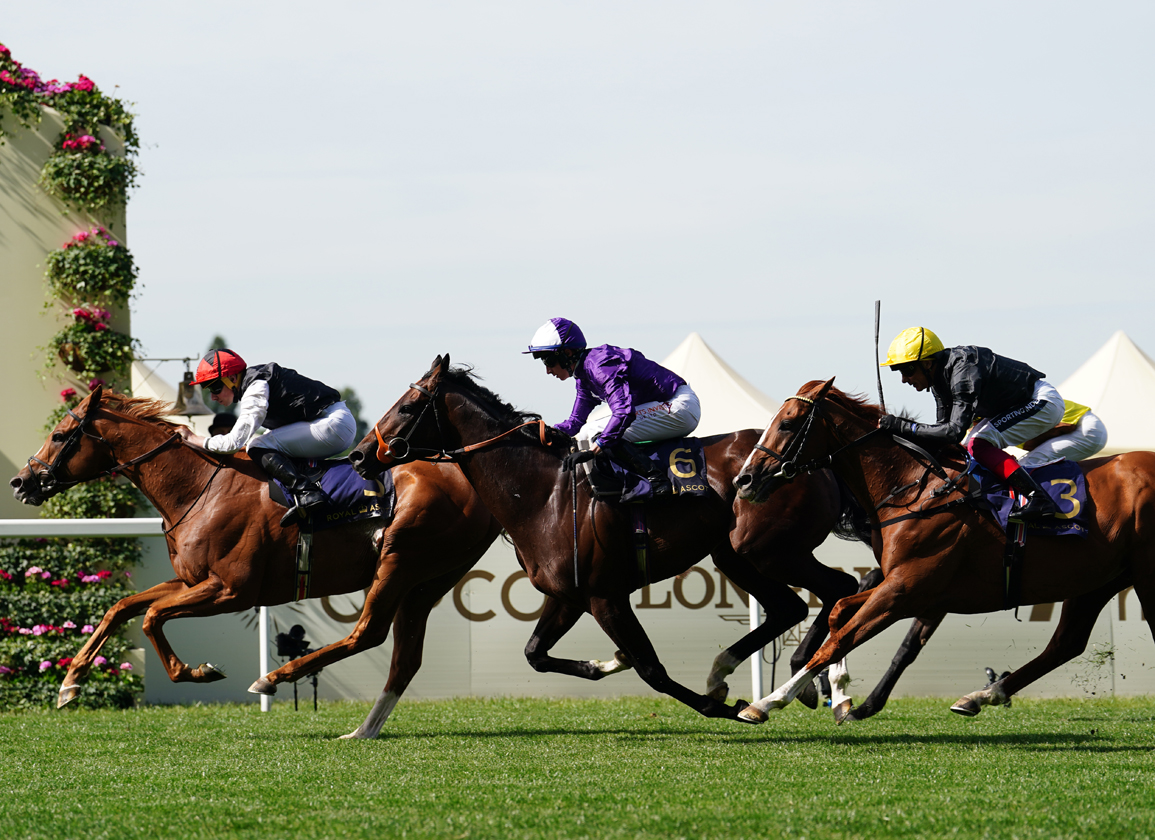 Frankie Dettori: came under fire for his ride aboard Stradivarius | PA Media

There has been no shortage of talking points at Royal Ascot this week but, perhaps the most controversial incident of them all came in the opening race on Thursday, when Paul Hanagan received a 10-day careless riding ban for veering halfway across the track en route to victory in the G2 Norfolk S. aboard The Ridler (GB) (Brazen Beau {Aus}).

Listen To Heffernan – Racing Needs To Wake Up

What needs to happen in Britain and Ireland for the stewards to start protecting riders? Let's not pretend that this is a problem confined to British racing because it is not.

Just last autumn, Shane Foley found himself on the receiving end of a five-day ban for careless riding when partnering No Speak Alexander (Ire) (Shalaa {Ire}) to victory in the G1 Matron S. at Leopardstown on Irish Champions Weekend.

Race-favourite Mother Earth (Ire) (Zoffany {Ire}) was one of the worst affected by Foley edging to his left aboard the winner and there was genuine dismay from the international audience looking in on our product that the result wasn't changed.

Lessons haven't been learned and there was an element of groundhog day at Ascot when Paul Hanagan veered halfway across the track aboard The Ridler, inconvenienced a number of big-race rivals, but was allowed to keep the G2 Norfolk S.

What you permit, you promote, and the rules, as they are interpreted, meant that The Ridler was never in any real danger of being chucked out.

Seamie Heffernan gave a candid interview to TDN Europe in the immediate aftermath of the farcical contest where he raised the point that riders should have to forfeit their winner's cheque if found guilty of dangerous or careless riding.

In Hanagan's case, he was handed a 10-day riding ban for careless riding, and one can only assume he took that punishment with a smile.

Put simply, there is no deterrent for riding dangerously and, as Heffernan described, a “win-at-all-cost mentality” has crept into racing in recent times.

It begs the question; what needs to happen for the interference rules to be brought into line to reflect what happens in America, Australia and France?

Kia Joorabchian, whose Amo Racing silks were carried by the second and the third–Walbank (Ire) (Kodiac {GB}) and Crispy Cat (GB) (Ardad {Ire})–was rightly fuming after the race. So, too, was Crispy Cat's trainer Michael O'Callaghan, not to mention the international bettors who got involved on the World Pool.

The damage caused by these farcical decisions pose a serious risk to the sport and Thursday's race should be the wake up call racing needs.

The problem is, this is an alarm bell that has been ringing for a while.

Yesterday we spoke of how Irad Ortiz's week went from bad to worse and, unfortunately for Frankie Dettori, one of the all-time greats of the weighing room, he had a similarly forgettable day at the office.

John Gosden is not a man who goes around ruffling feathers for no reason but he was clearly disappointed with the ride Dettori gave Stradivarius in the Gold Cup, feeling the legendary rider was too far out of his ground in a slowly-run contest.

“I was a bit surprised that being in the box seat we dropped back so far,” Gosden told ITV Racing. He added, “It would have been nice to be a touch handier, to say the least.”

Dettori was once again out of luck in the Britannia S. when, in another stride or two, he almost certainly would have clinched victory aboard The Queen's Saga (GB) (Invincible Spirit {Ire}).

At least there was a 2-5 favourite to steer home, eh? Wrong. Reach For The Moon ensured this was a day that would be remembered for all the wrong reasons when, despite being sent off at prohibitively short odds, Gosden's charge fluffed his lines in the G3 Hampton Court S.

It should also be noted that Reach For The Moon represented the third odds-on favourite of the week at Royal Ascot after Baaeed (GB) (Sea The Stars {Ire}) got the meeting underway as a 1-6 jolly in the G1 Queen Anne S and Bay Bridge(GB) (New Bay {GB}) got turned over at odds of 10-11 in the Prince Of Wales's S. on Wednesday.

That will bring the total number of odds-on shots at this year's Royal meeting to five. There was consternation over the fact that there were five odds-on shots at Cheltenham back in March. Where is the outcry this week?

There seems to be an unhealthy obsession, certainly in some quarters of the media, in feeling the need to bring up the prospects of retirement as soon as any top horse appears to be on the wane.

Stradivarius is clearly not the force of old, yet he ran a gallant race to finish third in the G1 Gold Cup behind Kyprios (Ire) (Galileo {Ire}), and many felt he was unlucky not to have won.

The most pleasing aspect of the performance, however, was that the old boy seemed to retain all of his enthusiasm for the game, which was evidenced by the live pictures of him strutting out of the parade ring afterwards like the champion that he is.

So why this constant talk of retirement? Stradivarius is a racehorse and, to these eyes at least, he still loves to run.

Judging by his fine effort in defeat, he will go close to winning the G1 Goodwood Cup and there is also the option of travelling to Paris later in the season.

Stradivarius has been masterfully handled by John and Thady Gosden. They will know when the time is right to bring the curtain down on his career. Judging by Thursday's performance, that time doesn't appear to be any time soon.

It is hard to believe that George Boughey has only recently turned 30. Since sending out his first winner in 2019, Boughey has bagged a breakthrough Classic success this year and sugar-coated what has been a memorable season by adding a Royal Ascot victory to his CV when Inver Park (GB) (Pivotal {GB}) landed the Buckingham Palace S.

Boughey got his training career up and running, by and large, with early 2-year-olds, but the standard of his Newmarket operation has risen dramatically with each season, as we saw when Cachet (Ire) (Aclaim {Ire}) won the G1 1000 Guineas.

Things could get even better for Boughey on Friday when Cachet lines out in the G1 Coronation S., which is shaping up to be one of the races of the week. His stock is not just on the rise, it's sky-rocketing.

Also, it would be remiss not to mention the exploits of Jane Chapple-Hyam this week. Twice the trainer's unmissable white bridle has been carried to victory at the royal meeting, with Claymore (Fr) (New Bay {GB}) running out a gritty winner of the G3 Hampton Court S. just 24 hours after Saffron Beach (Ire) (New Bay {GB}) bolted up in the G2 Duke Of Cambridge S.