The Major Talking Points From Day Two at Royal Ascot 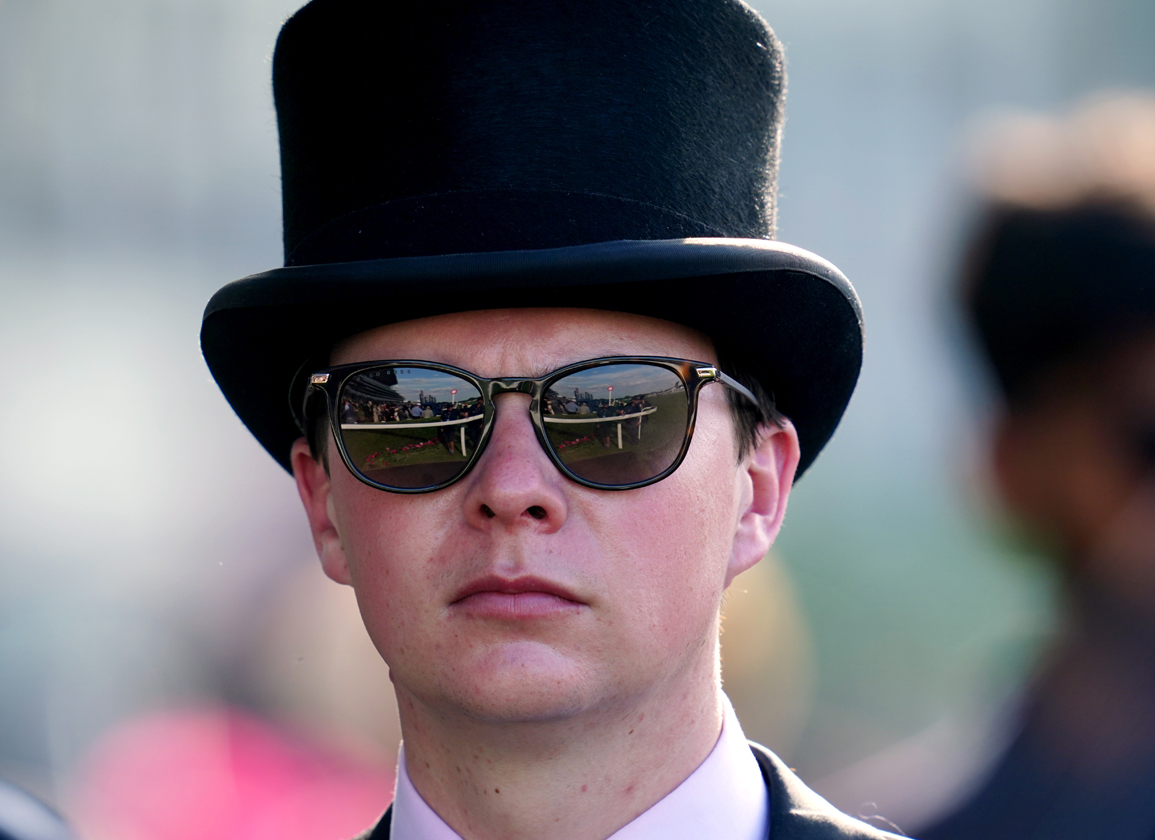 Joseph O'Brien: has been daring with State Of Rest | PA Media

From State Of Rest (Ire) (Starspangledbanner {Aus}) silencing his doubters once again to Irad Ortiz's week going from bad to worse, there was plenty to digest from day two at Royal Ascot. Brian Sheerin fleshed out the main talking points from another thrilling day's action.

HH Shaikh Khalid, owner of Eldar Eldarov (GB) (Dubawi {Ire}), told ITV Racing that his dream in racing is to find a horse good enough to stand as a stallion. Eldar Eldarov could well be up to fulfilling that dream one day judging by his hard-fought victory in the G2 Queen's Vase.

What do breeders want in a stallion? A horse who showed class on the track, but also one who had a will to win and was tough. Eldar Eldarov displayed all of those qualities in keeping his unbeaten record intact by snaring Zechariah (Ire) (Nathaniel) in the final strides.

Kew Gardens (Ire), Stradivarius (Ire) and Leading Light (Ire) all feature among the roll of honour for the Queen's Vase throughout the past decade and it's safe to assume that Eldar Eldarov will go down as one of the better winners of the 1 3/4-mile contest given the victory represented just the third start of his career.

Eldar Eldarov looks sure to develop further as a stayer and is likely to take high rank in the G1 St Leger at Doncaster later in the season.

It should also be noted that this horse had an abundance of options throughout the week but Roger Varian and his team chose correctly as the step up in trip has clearly seen him in an even greater light.

He looks a smart horse in the making and, if successful in the St Leger, will go some way in delivering his owner's dream.

Time To Give State Of Rest The Respect He Deserves

What on earth does State Of Rest have to do to start getting the respect he deserves? Here is a horse who has won Group/Grade 1 races in America, Australia and France, yet he was allowed to go off at odds just shy of 10-1 on the World Pool and returned 5-1 in a five-runner Prince Of Wales's S.

Of course, this is all being said with a heavy helping of hindsight, because State Of Rest needed to bounce back from a below-par effort in the G1 Tattersalls Gold Cup at the Curragh, when the race didn't go to plan.

Like State Of Rest, Shane Crosse had a few questions to answer after that third-place effort behind Alenquer (Fr) (Adlerflug {Ger}), and he did just that with an exhibition in front-running riding.

Crosse got the fractions right and saved enough to fend off Bay Bridge (GB) (New Bay {Ire}) who, despite having much more to prove than State Of Rest, was sent to post a 10-11 favourite.

It's hard to imagine what more State Of Rest needs to do to start getting the credit he deserves. He has been brilliantly handled by Joseph O'Brien to win four races at the highest level–in three different continents–and it's about time he started getting the credit for being the top-notcher that he is.

From Bad To Worse For Ortiz

Wesley Ward made a big call last week in pledging his Royal Ascot allegiance to Irad Ortiz, in doing so relegating leading European riders like Frankie Dettori to the substitutes bench.

The pair got off to a difficult start on Tuesday when Golden Pal (Uncle Mo) missed the kick completely in the G1 King's Stand S. before trailing home in last position, after which, Ortiz revealed he was looking at the withdrawn Mondammej (GB) (Lope De Vega {Ire}) when the gates opened.

Things went from bad to worse on Wednesday when Ortiz picked up a five-day ban for careless riding for a dangerous manoeuvre aboard Love Reigns (Ire) (US Navy Flag) in the G2 Queen Mary S.

Unlike Golden Pal, Love Reigns broke like a bullet from the stalls in the Queen Mary S., but Ortiz then allowed the filly to drift across to her left, forcing leading fancy Katey Kontent (GB) (Havana Grey {GB}) off her running line.

Love Reigns could only manage fourth behind the hugely impressive Dramatised (Ire) (Showcasing {GB}) and the stewards took a dim view of Ortiz's riding at the start of the race by dishing out that ban.

Luckily for the top American-based rider, he has a number of chances to redeem himself, including with Campanelle (Ire) (Kodiac {GB}) in the G1 Commonwealth Cup on Friday.

Predictably, many people made the argument that a seasoned professional like Dettori, who knows Ascot better than most, would never make the same mistake at the gates as Ortiz did aboard Golden Pal.

Therefore, there was a certain irony that Lord North (Ire) (Dubawi {Ire})'s bid for Prince Of Wales's glory was all but over after Dettori failed to move the blindfold in time, costing John and Thady Gosden's charge valuable lengths at the start.

Turns out all of these top jockeys are human, eh?

Little Big Bear (Ire) (No Nay Never) ran out an important winner of the Listed Windsor Castle S. for Aidan O'Brien, who had sent out 21 runners since recording his last winner, no less than Tuesday (Ire) (Galileo {Ire}) in the G1 Oaks.

There has been a school of thought that O'Brien has been dealing with an above average bunch of 2-year-olds this season, evidenced by the fact that he has sent out 13 winners from 26 runners domestically, which equates to a whopping 50% strike-rate.

Blackbeard (Ire) (No Nay Never) ran a perfectly respectable race when fourth in the G2 Coventry S. on Tuesday but nothing beats a winner and the success of Little Big Bear will provide the Ballydoyle team with confidence heading into the rest of the week.

O'Brien has The Antarctic (Ire) (Dark Angel {Ire}), a brother to Battaash, to look forward to in the G2 Norfolk S. on Thursday while Meditate (Ire) (No Nay Never) is likely to go off a short-priced favourite for the G3 Albany S.

It may have taken the O'Brien team a little time to click into gear at the royal meeting this year but it will be a surprise if the success of Little Big Bear is not built upon.

There is an old saying that self praise is no praise but, in the case of the TDN's 'Rising Stars', the hugely popular designation is showing a 100% strike-rate in the juvenile races at the royal meeting thus far.