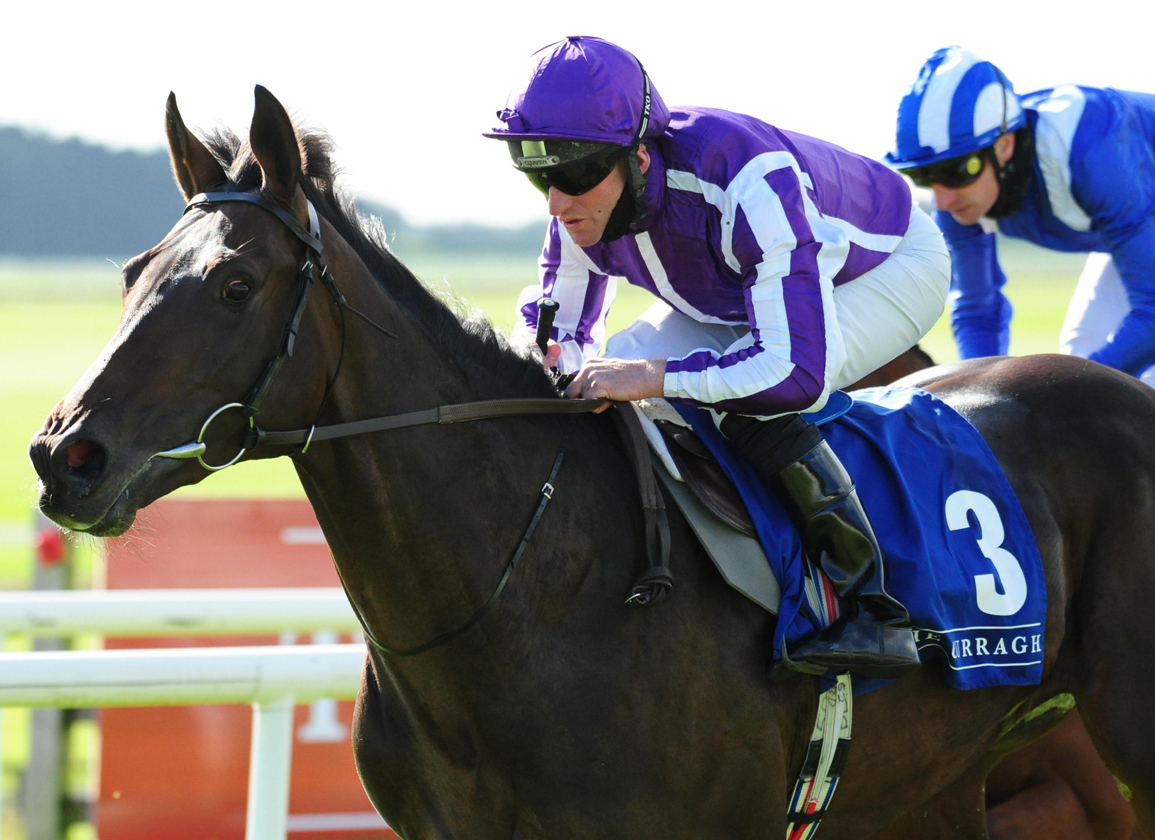 Heffernan was speaking shortly after Paul Hanagan was handed a 10-day ban for careless riding after winning the G2 Norfolk S. at Royal Ascot aboard 50-1 outsider The Ridler (GB) (Brazen Beau {Aus}).

The Ridler (red silks) keeps the G2 Norfolk S. at #RoyalAscot. What do you think? pic.twitter.com/f9hnTLrsT3

Hanagan, who was recently demoted as Richard Fahey's stable jockey, allowed The Ridler, trained by his former boss, to drift across the track, hampering a number of his rivals in the process.

Despite the fact that an inquiry was called, the stewards found that The Ridler, who had just under two lengths to spare from 7-4 favourite Walbank (Ire) (Kodiac {GB}) at the winning line, had not improved his finishing position by veering across his rivals.

However, Heffernan, who has ridden big-race winners all across the globe, including a memorable Breeders' Cup triumph aboard Highland Reel (Ire) (Galileo {Ire}) in 2016, thinks the prospects of guilty jockeys losing out on prize-money could make the sport much safer.

He said, “There's no consistency in the stewarding in Britain and Ireland. Different stewards take a dislike to different riders and trainers. When they have the power to do them, they'll do them. I have seen it countless times, the exact same incident could generate a completely different result, depending on the stewards and the trainers and riders involved.”

Heffernan added, “The best way of dealing with it is taking away the prize-money. It's a grey area and the stewarding is inconsistent. It's a win-at-all-cost mindset at the moment but I bet if you told some of the riders that they would lose the prize-money if you wiped out another rider they'd think twice. I know I'd think twice about what I was doing.”

The Norfolk S. was worth £65,120 to the winner, of which, Hanagan, who described The Ridler as “babyish” and didn't seem to see much wrong with his efforts in the saddle, received just under 10% of the prize-money on top of his riding fee.

Speaking after the race, Hanagan said, “He's still very green and babyish. I always felt I was clear. I don't think they had to stop riding [in behind], that's the impression I got. There's a lot of emotions going through me at the minute. I'm delighted to ride Richard and the owners this winner, so I'll enjoy the moment.”

One of the constants at Ballydoyle for over two decades, Heffernan, famed for his sense of humour, volunteered another way of policing the sport if the governing bodies failed to examine the careless riding rules following Thursday's controversy.

“Racing is a dangerous sport. There is a reason two ambulances follow horses around in a race. The minute you swing your leg over a horse, you are in danger and, if we could reduce the risk and keep it safe, then that is the right thing to do.”

Heffernan added, “Do you know the lie detector machines? Maybe they should bring them into the stewards room. If you are in racing, you have to be a very good liar. Stick the lie detector on them and watch them sweat!

“A lot of the stewards are there for the greater good of racing but it would be great if we could get a lie detector on some of the jockeys, trainers and owners.”