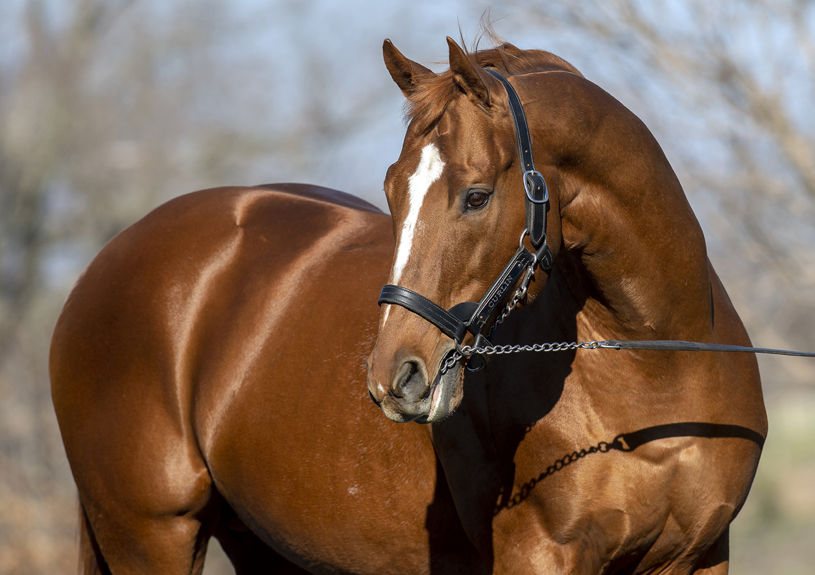 Off at 3-10 while breaking from the fence, the $340,000 Keeneland September RNA broke well but had to work a bit early to eventually make the front narrowly. He doled out an opening quarter of :21.76, and was challenged through a :44.80 half by longshot Lagoon (Runhappy) as that one launched a sweeping move. Marsalis re-broke at the head of the lane, put his stubborn foe away by midstretch, and was wrapped up late to don cap and gown by 2 1/2 lengths. Vinco (Quality Road), last year's $1.5-million Fasig-Tipton Midlantic topper, bounced back from a non-show last out to complete the exacta. Lagoon checked in fourth.

Marsalis is the sixth foal out of his connections' speedy 'Rising Star' Hot Dixie Chick, winner of the 2009 GI Spinaway S. and already the dam of Pauline's Pearl (Tapit), MGSW, $1,038,500; and 'Rising Star' Union Jackson (Curlin), MSW & GSP, $273,874. The former took the GIII Houston Ladies Classic S. Jan. 30 and was most recently a close second in the GII Azeri S. two weeks ago; while the latter, who stands at Sequel Stallions in New York, was represented by his first black-type winner earlier this month. Hot Dixie Chick is also a half to 2017 GI Kentucky Derby hero Always Dreaming (Bodemeister) and Grade II winner Positive Spirit (Pioneerof the Nile). She produced a Constitution colt last term before being bred back to both Tapit and Quality Road.

A 'Rising Star' himself, Curlin has now sired 20 horses to earn that moniker. For more on Marsalis as part of Steve Sherack's Second Chances series, click here.