Second Chances: Well-Bred Marsalis One to Watch for Stonestreet & Asmussen 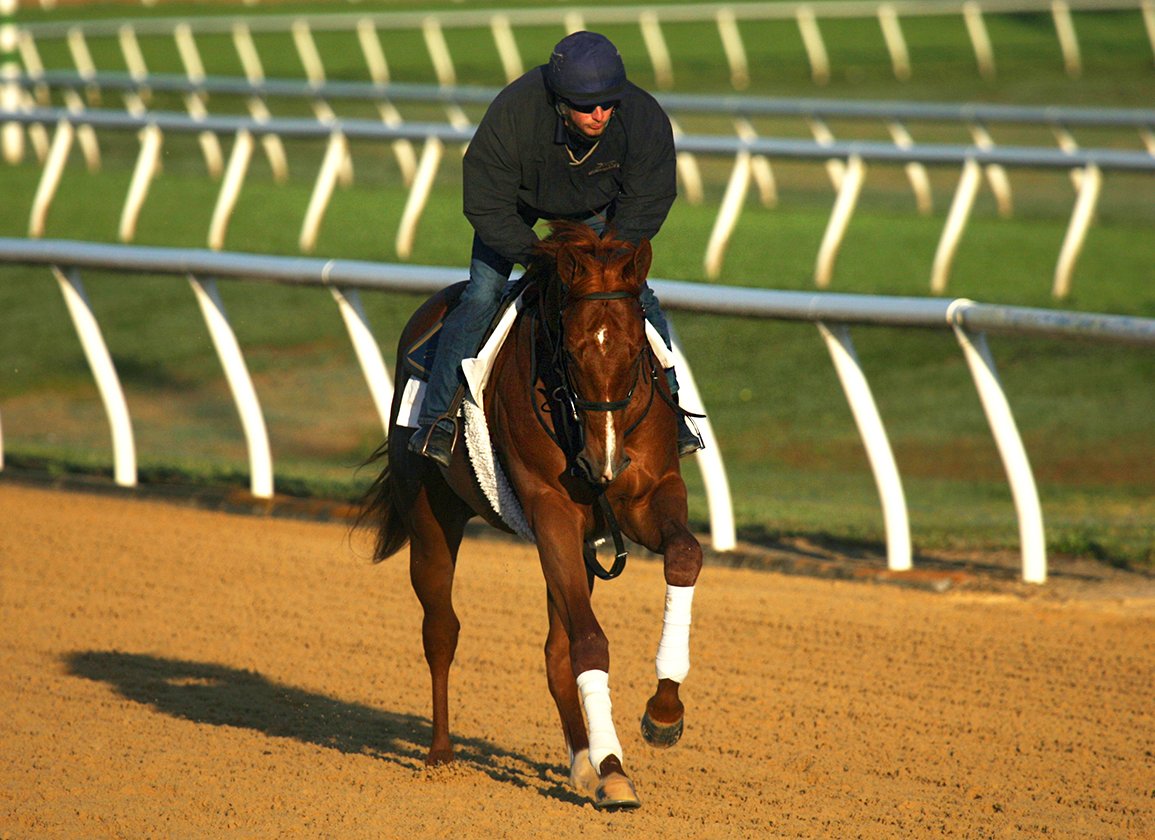 In a race that didn't deserve a loser, Stonestreet homebred Marsalis (c, 3, Curlin–Hot Dixie Chick, by Dixie Union) came up a head short on debut after running hard the entire way on the GII Risen Star S. undercard Feb. 19 (video).

The well-bred chestnut's worktab was highlighted by a five-furlong bullet from the gate in :59 4/5 (1/47) at Hall of Famer Steve Asmussen's Fair Grounds base Jan. 30 and he was off as the 7-5 favorite.

Drawn wide in post nine with Joel Rosario in the irons, Marsalis flashed smart early speed and was immediately hounded to his outside by fellow firster Momentous (Speightstown) through an opening quarter in :22.29. Head and head with that Todd Pletcher-trained rival as they approached the quarter pole, Marsalis continued to fight on gamely from the inside with neither giving an inch down the stretch and crossed the wire a painful second in an absolute thriller. It was 5 1/4 lengths back to Major Contender (Distorted Humor) in third.

The final time for six furlongs was 1:09.58. Marsalis earned a solid 75 Beyer Speed Figure for the effort.

“He showed a lot of promise last year as a 2-year-old, but he bucked his shins, so we decided not to press on and try to run him at two. Ever since Steve's had him, he's really liked him. But he's one of those horses that from the time we've had him at the farm, he always trained super. [Stonestreet trainer] Ian [Brennan] really really liked him. He went on to Steve and he expected him to really run well.”

Hot Dixie Chick had a colt by Constitution in 2021 and was bred back to Quality Road.

“Hot Dixie Chick was a great 2-year-old–she was a really good filly,” Moynihan said. “We bought her out of a 2-year-old sale. It was actually the first horse that Barbara bought on her own while Mr. Jackson was still alive. Hot Dixie Chick has really come on–she had Pauline's Pearl, who ran in the Kentucky Oaks last year. Her first foal Union Jackson was quite talented as well.”

Marsalis has since returned to the worktab with a pair of four-furlong breezes for Asmussen in NOLA, including a :50 flat (19/27) move Mar. 7. Anything penciled in for his next start yet?

“We'll let Steve dictate that, but I'm sure it will be another maiden race,” Moynihan concluded.