Malathaat Likely to Train Up To Breeders' Cup 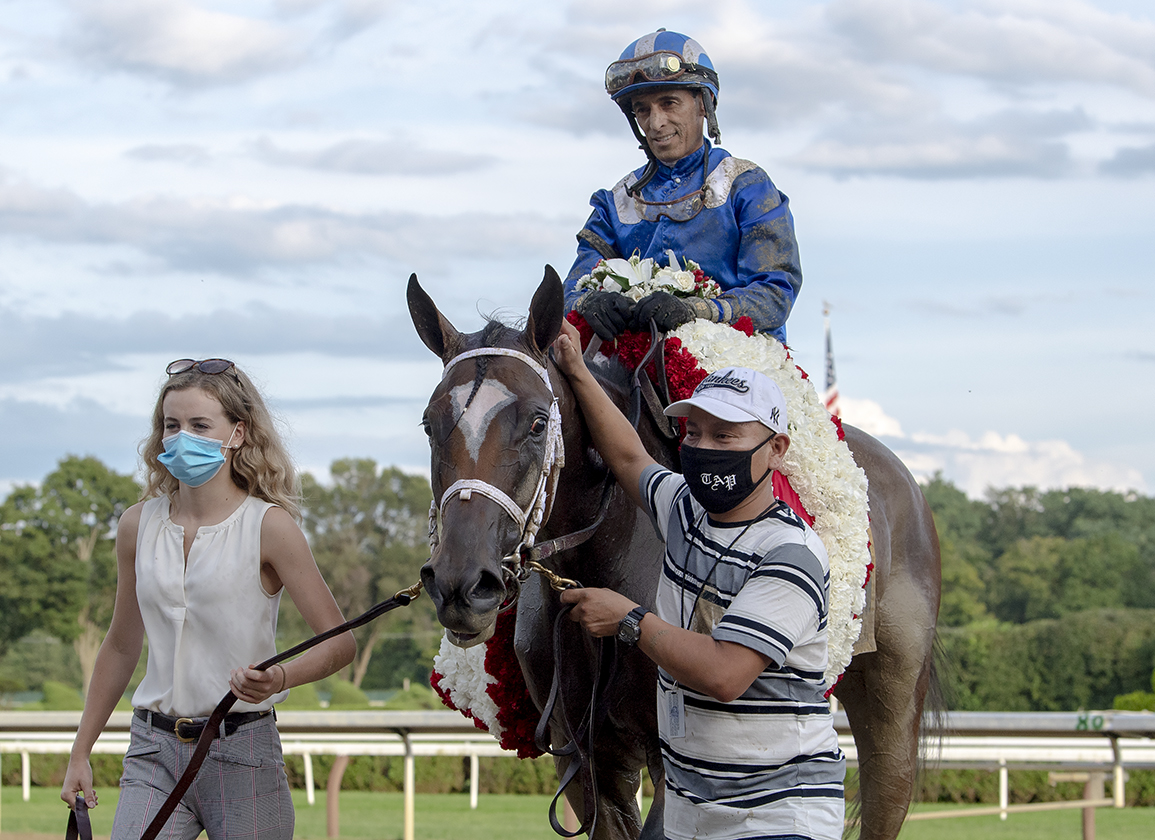 “Right now, we're focused on the Distaff, so we'll zero in on that and take things from there. That's the most likely scenario,” Pletcher said. “Nothing's etched in stone, but that's sort of the plan that we discussed with Rick Nichols [of Shadwell] a while ago.”

Malathaat won the GI Ashland S. and GI Kentucky Oaks before suffering her first career defeat when second in the July 24 GI Coaching Club American Oaks. She rebounded to take the Alabama Saturday despite stumbling at the break.

“It was good to get back and get a reasonably good trip despite stumbling at the start,” Pletcher said. “It was a very, very strong performance. She looks good this morning.”

In addition to his Alabama victory, Pletcher also saddled a pair of impressive first-out juvenile winners on the Saratoga card Saturday. My Prankster (Into Mischief) was tabbed a 'TDN Rising Star' following his 10-length debut victory in the seventh race and Major General (Constitution) graduated by a neck in the day's first race.

“He was very impressive, I thought he kicked on well down the lane and had something left in the tank, so it was very encouraging,” Pletcher said of My Prankster.

Of Major General, Pletcher added, “Major General was a little bit green yesterday. When that horse came to him, he looked him in the eye and found some horse, so we're happy to see that.”

Pletcher is taking a wait-and-see approach for next starts for both 2-year-olds.

“We'll let the dust settle and see how it goes,” he said.