Into Mischief Colt Romps in 'Rising Star' Performance at the Spa 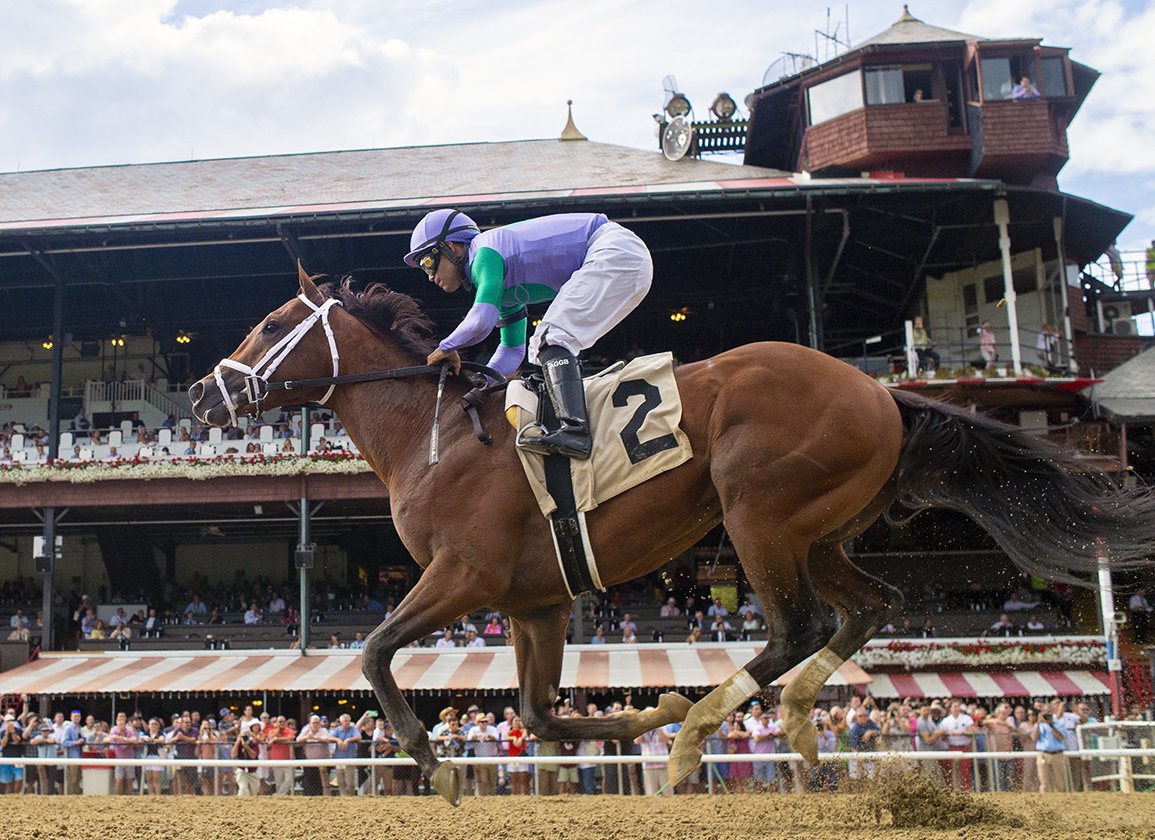 My Prankster tipped his hand with a four-furlong gate move in :47 (2/114) two back at Saratoga Aug. 8 and was off at odds of 7-2 in this loaded field. He was ridden from his inside draw by Luis Saez and chased early from third. Guided to the outside, he ranged up three wide heading into the far turn, took control leaving the quarter pole, and, after switching over to his right lead in the stretch, leveled off in jaw-dropping fashion en route to a 10-length score. Seal Beach (Midshipman) was second.

This story was posted in Top News and tagged Into Mischief, My Prankster, Robert and Lawana Low, Saratoga, TDN Rising Star, Todd Pletcher.