Keogh Hopeful November Momentum Will Roll Into the New Year 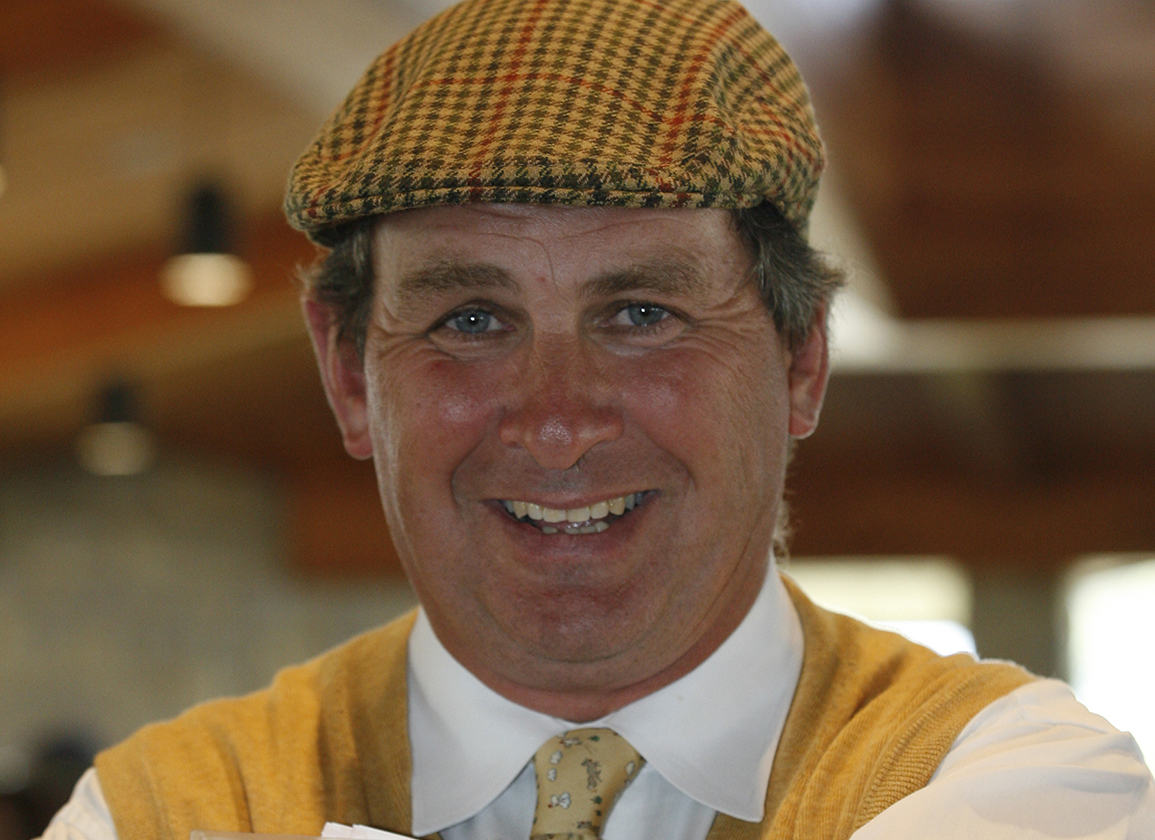 James Keogh's Grovendale Sales enjoyed a very strong Keeneland November Sale about seven weeks ago. Finishing in the top 10 on the consignor standings, Grovendale sold 62 head for $6.9 million and had an especially good showing during the auction's second session. The Irishman says he hopes that success will carry into the upcoming Keeneland January Sale, where his consignment will offer 42 horses.

“We had several really, really nice mares and just feel very, very blessed. The ball just landed in our court,” Keogh said of the November Sale.

When asked if he feels the November momentum will carry into January, Keogh said, “It is a new year and why not? There were a lot of people in November who got outbid on foals, so I would say there are a lot of pinhookers who have money in their pocket for the right horse. It was a strong market, but it was selective. If you had the goods, you more than got paid for it.”

Keogh has a strong selection of broodmares and foals from top to bottom for the January sale, but his draft does have a clear standout in Co Cola (Candy Ride {Arg}) (Hip 492). Grade III-placed on the track, the 11-year-old mare is the dam of GI Acorn S. winner and GI Kentucky Oaks runner-up Search Results (Flatter) and she is carrying a full-sibling to that talented filly. Her now-3-year-old colt Search Engine (Flatter) summoned $625,000 at OBS last April and she has a yearling colt by Nyquist. Co Cola RNA'd for $925,000 at the recent Fasig-Tipton November Sale.

“Obviously, Co Cola, the dam of Search Results, is a very, very important mare,” Keogh said. “She is carrying a full-sibling to Search Results. Her full-brother sold for $625,000 last year and Search Results herself was a session topper in Book 4 at Keeneland. Co Cola is a mare who just gets it done on the racetrack and gets it done in the ring. Her first foal is a Will Take Charge (Blue Steel) and he was fourth in the GIII Harlan's Holiday at Gulfstream last month. Search Results had six starts last year and in four of them she ran 90+ Beyers. She is a quality race filly and very consistent. She is back in training with Chad Brown down at Payson and by all accounts, she is as good as she has ever been.”

Keogh also named Polyester (Tiz Wonderful) (Hip 850) when asked about his draft's standouts. The unraced 12-year-old mare is the dam of GIII Pimlico Special S. winner Harper's First Ride (Paynter), who has won four additional stakes. She sells in foal to reigning Horse of the Year Authentic (Into Mischief).

“I am very excited about a mare called Polyester,” Keogh said. “She is the dam of Harper's First Ride, who won the Pimlico Special. She is also a mare who gets it done on the racetrack and in the sales ring. Harper's First Ride has won 12 of his 23 lifetime starts with earnings of over $699,000. He is a tough, hard-knocking racehorse. She is in foal to Authentic and mares in foal to him averaged $390,000 in November. She is a very, very good-looking mare from a strong, old American pedigree.”

The Grovendale consignment also offers a strong group of yearlings. Most of them are by hot young sires, such as City of Light, Mitole, Connect and Vino Rosso.

“We have a very nice City of Light. I'm pretty bullish on him,” Keogh said. “We have a bunch of solid foals all of the way through. The Vino Rosso is a very good foal, two nice Connects and a big, strong Mitole foal, who is very nice. I am excited overall about the whole draft. It is a pretty good group of horses.”

The Keeneland January Sale gets underway Tuesday, Jan. 11 and runs through Friday, Jan. 14.

CLARIFICATION: In a story in Saturday's TDN about the Ontario Mare Purchase program, we neglected to say that the program applies to the Keeneland January Sale, as well as the OBS Winter Mixed, and the Fasig-Tipton Kentucky Winter Mixed Sale. Ontario residents who purchase an in-foal broodmare are eligible for a rebate of 50% of the purchase price to a maximum of $25,000 CAD. In-foal mares must be purchased for a minimum purchase price of $10,000 USD, with no maximum. Click here for complete program eligibility requirements, and details.