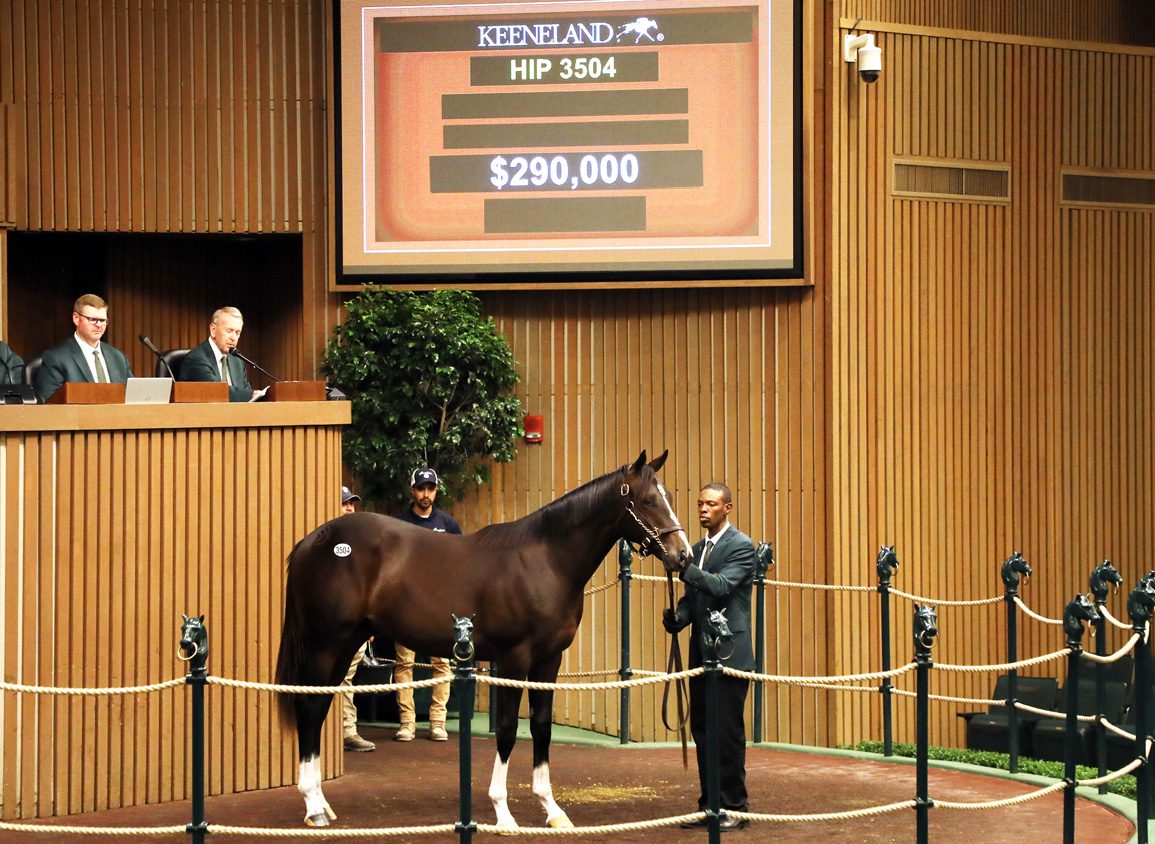 At the conclusion of Thursday's 10th session, the 2022 Keeneland September Yearling Sale became the highest-grossing auction in Keeneland's history with total sales weighing in at $399,940,000. The previous record of $399,791,800 was set during the 2006 September Sale.

Heading yesterday's action, a colt by red-hot young sire Girvin (Hip 3504), who has his first runners this year, topped the second of two Book 5 sessions of the Keeneland September Yearling Sale Thursday when hammering for $290,000. Bred and consigned by Brookdale Sales, he was bought by Mick Wallace, agent for St. Elias Stables.

The Seitz family purchased Hip 3504's dam, SP Into Summer (Into Mischief), for $60,000 at last year's Keeneland January Sale with this colt in utero.

“He has developed really well,” said Brookdale's Joe Seitz. “My brother Freddy [Seitz] bought that mare down at OBS carrying this colt and brought her back home, so that is why he is a Kentucky-bred. He has been really nice all along. Girvin started to take off here with his 2-year-olds, which was nice. It was great watching him develop all summer and fill out just as those horses were running. The sire moved up to Kentucky, which gave the yearling even more profile. When we got up here, he stood out. People on the sales grounds started talking, word spread and everyone came for him.”

The horseman continued, “He was very exciting. He had a whole lot of vetting. He was shown 92 times in one day of showing. In Book 5, that is incredible. He handled it like a champ. He walked really great and covered a lot of ground. He never got tired.”

“It has been non-stop at the barn,” Seitz said. “When I go up to the ring with a horse, all of the people in the back ring are all over me for information. It feels good.”