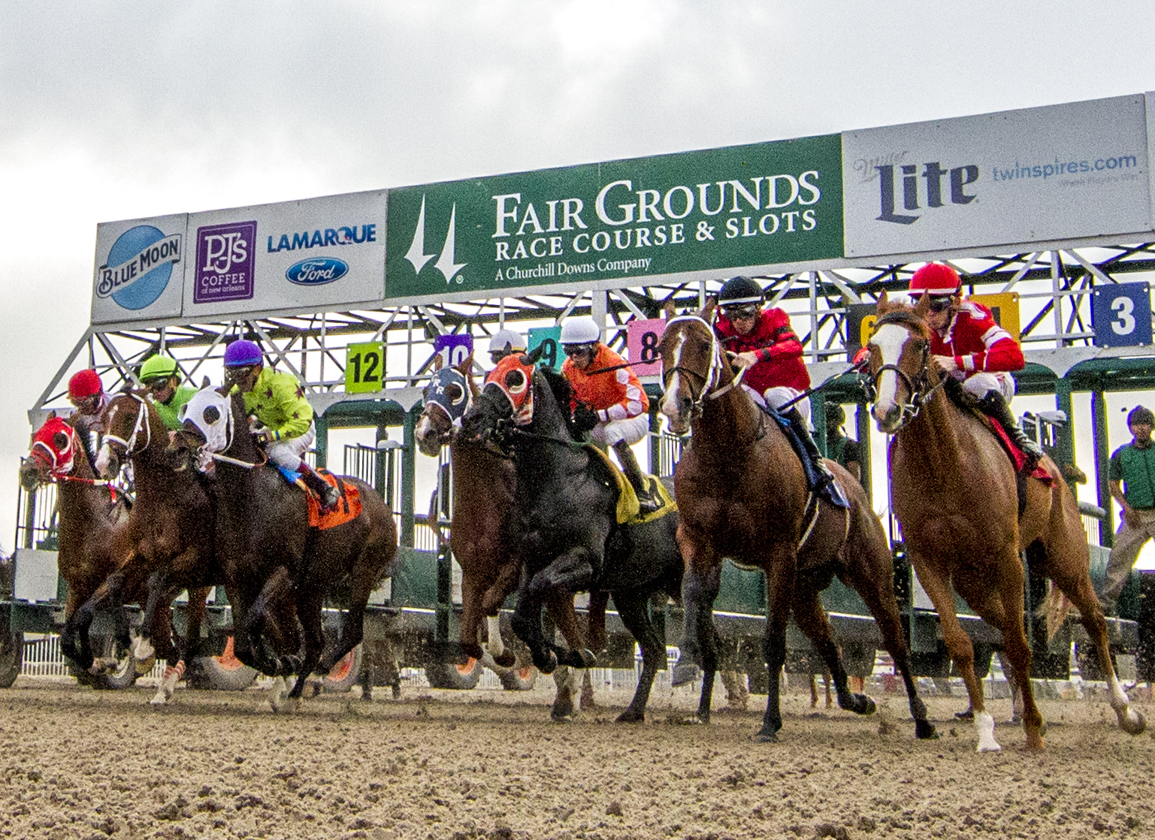 In the aftermath of a federal judge's ruling earlier this week that will keep the Horseracing Integrity and Safety Act (HISA) rules from going into effect in Louisiana and West Virginia while a lawsuit challenging those regulations is pending, the HISA Authority responded Friday with a series of legal actions that attempt to both reverse and clarify that injunction order.

The most significant of the July 29 filings from the HISA Authority defendants was a notice that they are appealing Judge Terry Doughty's July 26 decision to grant a preliminary injunction to the plaintiffs, who are led by the states of Louisiana and West Virginia, plus the Jockeys' Guild. This new appeal will be heard by the United States Court of Appeals for the Fifth Circuit.

At the same time, HISA asked Doughty for an emergency stay that would stave off the injunction he ordered just 72 hours earlier.

“The Court's order constitutes judicial overreach,” the HISA defendants argued, questioning how Doughty arrived at his decision to enforce an injunction.

“Although the Court purported to conduct a standing analysis, it did not analyze standing or ripeness as to each individual challenged rule,” the HISA filing stated.

HISA continued: “The Court thus invalidated the Federal Trade Commission (FTC)'s racetrack safety, enforcement, and assessment methodology rules in their entirety without ever assessing how any particular rule injured (or imminently risks injuring) Plaintiffs. The Court's resulting advisory opinion is also deeply flawed on the merits.”

Acting swiftly, Doughty responded to the defendants' 38-page filing within two hours on Friday morning. He required barely more than a single page to firmly assert “no” to HISA's request to put the regulations back into effect in Louisiana and West Virginia until the Fifth Circuit ruled on the new appeal.

“[T]his Court, for the reason more fully set out in the [preliminary injunction ruling], believes that the likelihood of Authority Defendants' success on the merits is low,” Doughty wrote in his July 29 denial. “This Court further finds Authority Defendants will not suffer irreparable harm if a stay is not entered. This Court further finds that other parties will be harmed if the stay is granted.”

Doughty then added a terse warning apparently aimed at letting the Authority know he believes there are flaws in its rulemaking process, which is at the heart of the overall lawsuit.

“Further, HISA has not yet adopted rules addressing the horseracing anti-doping and medication program,” Doughty wrote. “HISA has time to address any constitutional authority issues and procedural issues under the Administrative Procedures Act (APA) in re-drafting and re-noticing rules related to a Racetrack Safety Program.”

The HISA defendants are alleged in the June 29 suit to have violated the Fourth, Seventh and Tenth Amendments to the U.S. Constitution, plus the APA, which governs the process by which federal agencies develop and issue regulations.

The third court action undertaken by the HISA defendants Friday was a request for a clarification of Doughty's July 26 order, specifically the section that stated, “The geographic scope of the injunction shall be limited to the states of Louisiana and West Virginia, and as to all Plaintiffs in this proceeding,”

That clarification request was a direct response to a claim articulated by the Jockeys' Guild in a Wednesday press release that interpreted the judge's words to mean that the injunction “applies to all of the members of the Jockeys' Guild, regardless of the U.S. jurisdiction in which the jockey is riding.”

The HISA defendants stated that's not the proper interpretation.

“Plaintiffs have asserted that the Order extends to all of Plaintiffs' members nationwide,” the HISA filing argued. “But the members of the [Guild] are plainly not Plaintiffs in this case. And Plaintiffs' reading would wreak havoc on the sport. For example, many jockeys are not Guild members, such that different rules would apply to jockeys riding in the same race.”

The HISA Authority wants the judge to explicitly state that the injunction “applies to the implementation of the challenged rules as to Plaintiffs only and not as to [Guild] members nationwide.”

Technically, as listed on the original June 29 lawsuit, the state and organizational plaintiffs are the states of Louisiana and West Virginia, the racing commissions in both states, the Louisiana Horsemen's Benevolent and Protective Association, the Louisiana Thoroughbred Breeders Association, and the Jockeys' Guild. The only individual plaintiffs are five Louisiana-based “covered persons” under HISA rules, and only one, Gerard Melancon, is an active jockey.

The defendants consist of the HISA Authority, the FTC, and board members and overseers of both entities.

Notably, the FTC and its individually named defendants were not listed alongside the names of the HISA defendants who moved for the appeal, the stay, and the clarification in the July 29 filings.