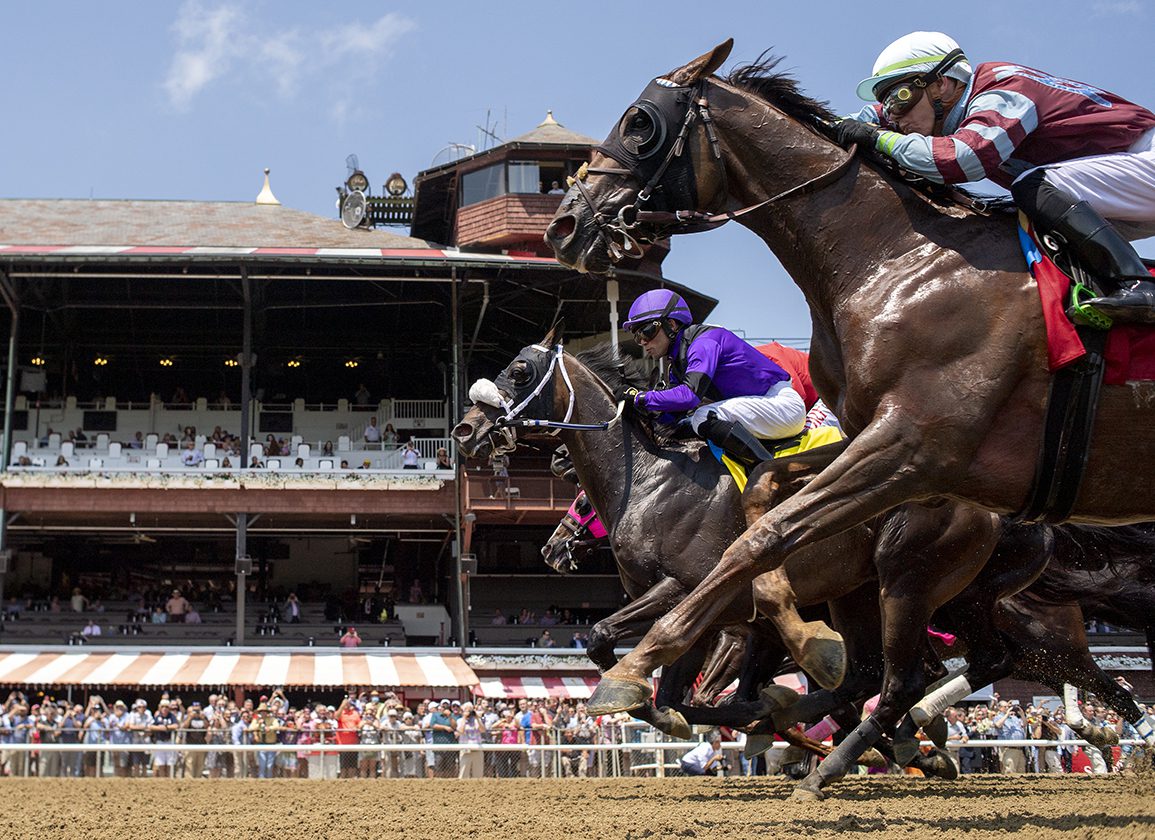 One day after a preliminary injunction handed down by a federal judge halted the Horseracing Integrity and Safety Act (HISA) Authority's rules from being implemented in the states of Louisiana and West Virginia, Thoroughbred industry participants and legal experts continued to sift through the order seeking clues for how the judge in the case might eventually rule on a national level as the civil suit continues its journey through the legal system.

Although the National Horsemen's Benevolent and Protective Association (NHBPA) isn't a party to the suit filed in United States District Court (Western District of Louisiana), its chief executive officer, Eric Hamelback, said in a prepared statement that Judge Terry Doughty “determined that the Plaintiffs established a likelihood of success on the merits for their claims” and that the July 26 ruling “shows the HISA regulations are not in the best interest of Thoroughbred racing's participants [and] will cause harm to the participants.”

Frank Becker, a noted Lexington-based equine lawyer and former adjunct professor at the University of Kentucky College of Law, told TDN in a Wednesday phone interview that the NHBPA's take could be accurate.

“I think it's worth noting that this was a fairly drastic remedy-a preliminary injunction against the government from enforcing regulations,” Becker said.

“I would comment that it is certainly significant because it reveals considerable HISA regulatory overreach,” Becker continued. “If the ruling is upheld either by the later decisions of the court or on appeal, then HISA and the Federal Trade Commission (FTC) will have to revise several of their rules and effectively start over with the comment period.”

The plaintiffs, led by the states of Louisiana and West Virginia, plus the Jockeys' Guild and various Louisiana-based “covered persons” under HISA rules, crafted their June 29 lawsuit against the HISA Authority, the FTC, and overseers of both entities slightly differently from two previously unsuccessful attempts by other plaintiffs to derail HISA based on constitutionality allegations alone. Instead, this most recent suit focused on the alleged illegality of the rules that were enacted July 1.

“The federal court  is taking a stricter approach to examining regulators, and the ability for regulators to draft fairly broad regulations,” explained Becker, who does not have a client on either side of this case. “It definitely indicates that federal courts are looking at regulations much more closer than they used to, and not giving the regulators then benefit of the doubt any more.

“Regulators have traditionally felt like they had a great deal of leeway in drafting regulations,” Becker continued. “And this federal court obviously is not very kind to the leeway that HISA and the FTC took.”

Part of the plaintiffs' argument is based on HISA and the FTC allegedly going beyond statutory authority in their rulemaking, especially in terms of whether public commentary was properly solicited and considered.

Becker said HISA and the FTC might eventually be ordered to start the rulemaking processes all over again in order to “write those regulations more narrowly.”

And, as Becker noted, “they were already taken to task for short-circuiting the process. So they're going to have to go through the process all over again with regard to replacing regulations that were held invalid.

Becker was quick to clarify that even though the issuance of a preliminary injunction didn't actually invalidate all of the HISA rules across the board, it hinted at the type of overall judgment that Doughty might eventually order.

If that ends up being the case, Becker said the halting of the rules in a final judgment would likely apply to every racing jurisdiction in the nation, and not just in Louisiana and West Virginia, like the preliminary injunction stipulates.

Becker also agreed with the NHBPA's stance that the court recognizes the potential for harm in HISA's rules.

When asked if the preliminary injunction would apply to other states if they subsequently joined the lawsuit as plaintiffs, Becker said he wasn't quite sure how to read between the lines of the geographical scope that Doughty wrote into his July 26 order.

“That's a really good question,” Becker said. “If a state filed its own suit, this would be what's called 'persuasive authority.' So it wouldn't technically mandate the same result in a separate suit. But if a state joined this suit, then it could have that effect.”

Or, Becker explained, the court could instead not allow other plaintiff states to reap the benefits of the injunction spearheaded by Louisiana and West Virginia.

“The court might say, 'You should have been here in the beginning,” Becker said. “I don't know what the court would do, to be honest.”

The Jockeys' Guild, in a statement of its own, argued on Wednesday that because the preliminary injunction order used language that specifically stated “The geographic scope of the injunction shall be limited to the states of Louisiana and West Virginia, and as to all Plaintiffs in this proceeding,” that means the injunction “applies to all of the members of the Jockeys' Guild, regardless of the U.S. jurisdiction in which the jockey is riding.”