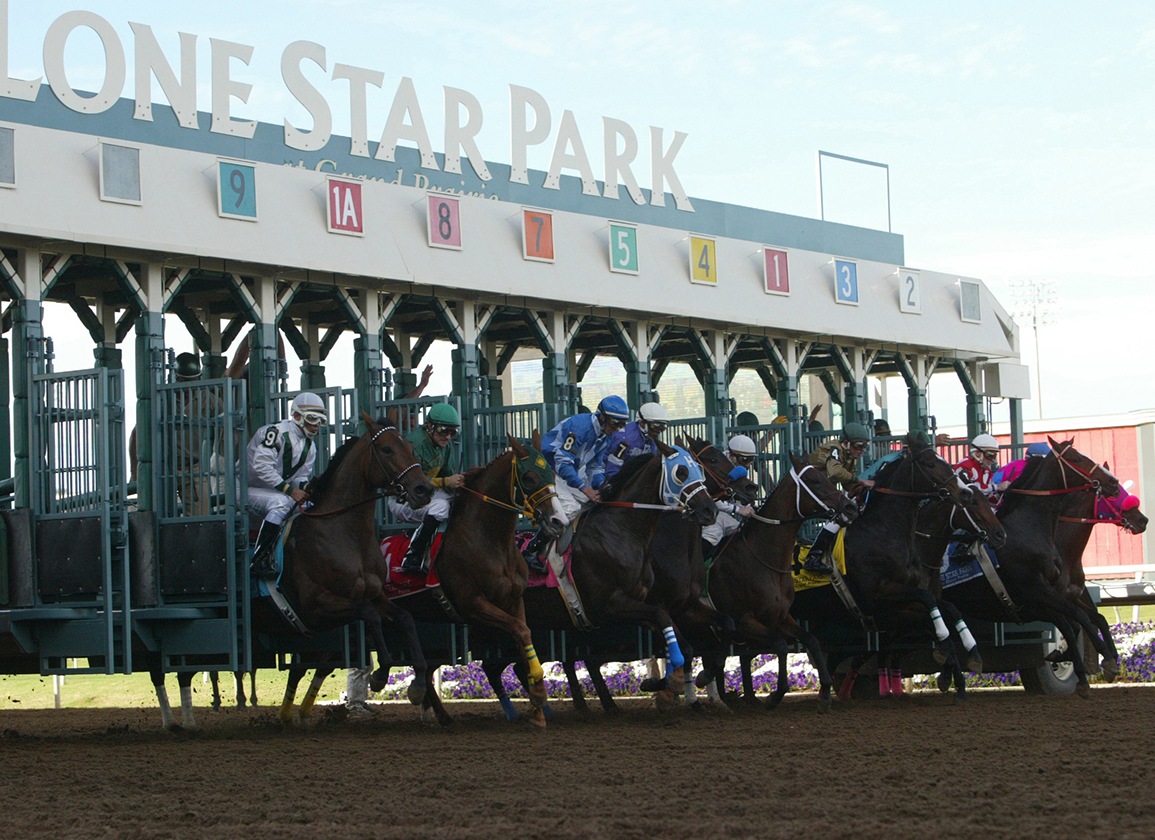 The simmering stand-off between the Texas Racing Commission and the powers behind the Horseracing Integrity and Safety Act (HISA) bubbled higher Monday, when the commission's executive director issued a letter warning Texas will prohibit the import and export of pari-mutuel simulcast signals at its racetracks if the Act goes into effect on July 1 with jurisdictional authority over the state's Thoroughbred racing operations.

“Any such request will, of necessity, be denied by the Texas Racing Commission,” Cook adds.

In an article for horseracing.net, Cook is quoted as explaining how Texan tracks will, pending race-date approval by the commission, be permitted to run after July 1, but that imported and exported wagering signals will not cross the state line. In other words, “Texans supporting Texans,” Cook is quoted as saying.

To discuss some of the legal implications of Texas' approach, TDN spoke with Frank Becker, a noted equine lawyer and former adjunct professor at the University of Kentucky College of Law.

The following is a mix of written answers and a recorded conversation, slightly edited for brevity and clarity.

TDN: As I understood, the federal HISA supersedes state law. Am I wrong in thinking that?

TDN: And so, this includes Texas?

B: HISA goes so far as to state it preempts inconsistent state law. Texas obviously has its haunches up by the federal government's intrusion into what it considers state business.

TDN: Cook is reported as saying that when it comes to pari-mutuel betting, only in-state wagering will be allowed come July 1. She also states that under the Texas Racing Act, no pari-mutuel wagering on live or simulcast races is permitted on races the state commission does not supervise. What are your thoughts about the arguments and the approach? Are they legal?

HISA's purported jurisdictional authority is based on the commerce clause. Thus, it relies on 'interstate commerce' as its justification. HISA attempts to codify the authority in the definitions of 'covered horse,' 'covered persons' and 'covered horserace.'

Although Texas attempts to avoid its races being covered horseraces by eliminating 'interstate off-track or advance deposit wagers,' that may not fully solve the problem because a Texas track might be considered to be otherwise having a 'substantial relation to interstate commerce.'

The federal government often takes a very expansive view of what constitutes 'interstate commerce,' and might argue that many other aspects of horseracing involve 'interstate commerce' such as the presence of horses, participants, and even equipment from other states.

It will be up to a federal court to ultimately determine this issue, although some courts have recently taken a dim view of regulatory overreach attempted to be justified by an expansive view of 'interstate commerce.'

TDN: Let's take the hypothetical scenario that Texas takes this approach on July 1. What you're saying is, if trainers, owners and jockeys and such who are registered with HISA, and compete in states under the supervision of HISA, if they also try to compete in Texas, that potentially could yolk Texas to the Interstate Horseracing Act?

B: Even if Texas succeeds in avoiding HISA for horseracing conducted in Texas, are horses and participants nevertheless subject to HISA, even with regard to activities in Texas? We look to HISA's definition of 'covered horse' and 'covered person.'

A 'covered horse' is any Thoroughbred from the time it begins a workout at 'a racetrack that participates in covered horseraces or at a training facility' and ends 'when the horse has been retired.'

The federal government might take the position that any Thoroughbred horse that has ever done a workout at any track outside of Texas, or any training facility anywhere, remains subject to HISA even while in Texas.

And because the definition of 'covered persons' is very expansive and applies to those dealing with 'covered horses,' the federal government might take the position that all racing professionals and owners are subject to HISA, even while racing in Texas, if the horse involved ever worked out outside the state of Texas.

If the federal government takes this approach, it appears that the only way to avoid HISA is for horses and participants to conduct activities exclusively in Texas.

Thus, Texas' effort to avoid HISA may end up excluding horses, trainers, owners, and other participants from being involved in racing in Texas, unless they confine all of their activities to Texas.

TDN: I know you're not a self-professed expert in the economics of the industry, but just on a common sense reading of the threatened scenario, how impactful could this be to the industry there? Is Texas shooting itself in the foot?

B: It could have a dramatic negative impact on Texas horse racing. It's hard to imagine it wouldn't.

I don't think it takes an economics expert to say, 'gosh, eliminating simulcasting is one thing, but if Texas has to keep out participants from other states, that's going to have an extremely deleterious effect.'

TDN: So, what do you think is driving this?

B: Do you want me to answer this?

B: It doesn't appear to be difficulty in complying with the regulations. It appears to be somewhat philosophical. Texas has, traditionally, been averse to federal regulatory overreach into what it considers state business.

TDN: What do you think about the other argument Texas is making, that they're doing this to slow down HISA's implementation so as to better manage some of the problems that have arisen, and are expected to still arise?

B: It seems to me that the slowing down may be their main goal here. It's hard to say. I mean, [if so], it's a pretty drastic action to get them to slow down.