New Lawsuit Aims to Halt HISA On Eve of Implementation 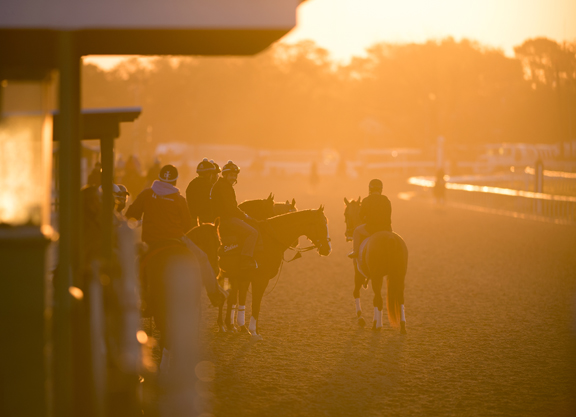 The states of Louisiana and West Virginia are at the forefront of a new federal lawsuit filed late Wednesday that seeks to block the Horseracing Integrity and Safety Act (HISA) from going into effect when the clock strikes midnight on Friday.

The defendants, who consist of the HISA Authority, the Federal Trade Commission (FTC), and board members and overseers of both entities, have allegedly violated the Fourth, Seventh and Tenth Amendments to the United States Constitution, plus the Administrative Procedure Act (APA), which governs the process by which federal agencies develop and issue regulations, according to a series of June 29 filings in U.S. District Court (Western District of Louisiana).

“The regulatory power that Congress purported to delegate to HISA is breathtaking in scope, covering virtually all aspects of horseracing,” the complaint states. “HISA claims power to adopt rules governing doping, medication control, and racetrack safety. It claims power to investigate violations of its rules by issuing and enforcing subpoenas. After investigating alleged violations, it claims to then be able to act as judge in its own cases and adjudicate alleged violations of its rules.

“If that's not enough, HISA claims power to bring civil actions in federal court in response to known or anticipated violations of its regulations. And for those it deems guilty of disobeying its commands, HISA claims disciplinary power to issue sanctions up to and including lifetime bans from horseracing, disgorgement of purses, and monetary fines and penalties.

“Since the scope of HISA's purported regulatory authority extends to virtually all activities related to horseracing, it's not surprising that HISA likewise claims authority to regulate nearly all persons associated with the horseracing industry. Specifically, HISA claims power to regulate trainers, owners, breeders, jockeys, racetracks, veterinarians [and] others licensed by a state racing commission, and agents of any of those persons.

“Despite purporting to exercise this breathtakingly broad federal regulatory power over all activities and persons related to horseracing, HISA is unaccountable to any political actor. No federal official can remove the members of HISA's Board of Directors. The Act thus delegates to a private body the full coercive power of the federal government while simultaneously insulating it completely from political accountability,” the complaint states.

The plaintiffs want “expedited consideration” from a federal judge to keep the first phase of HISA's “substantively and procedurally deficient rules” from going into effect July 1.

“Congress's efforts to federalize horseracing regulations through a private entity like HISA suffer from a host of constitutional problems,” the complaint states.

“Just this week, four U.S. Senators wrote to [HISA executives] to question whether the FTC is providing adequate oversight of HISA, whether Congress should extend HISA's statutory deadlines, and why HISA decided to delay implementation of some rules but not others,” the complaint states.

HISA has already gotten two lawsuits dismissed that alleged unconstitutionality, although an appeal is underway in one case and expected in the other. On Mar. 31, a federal judge in Texas threw out a complaint initiated one year ago by the National Horsemen's Benevolent and Protective Association (NHBPA). On June 3, a federal judge in Kentucky tossed a similar suit in which Louisiana and West Virginia were also plaintiffs, ruling that HISA's enforcement powers were indeed lawful.

Lisa Lazarus, the HISA chief executive whose name tops the list of individual defendants, did not respond to a Thursday morning query for comment prior to the breaking-news deadline for this story.

The plaintiffs want a federal court to provide declaratory judgments that assert 1) the FTC exceeded its statutory authority by approving each of the HISA rules; 2) the HISA rules are arbitrary and capricious under the APA; 3) HISA's enforcement rule violates the Fourth and Seventh Amendments, and 4) the HISA rules are procedurally invalid under the APA because the FTC failed to promulgate them through proper notice-and-comment rulemaking procedures.

The suit also asks for declaratory judgment and a permanent injunction finding the HISA rules invalid and setting them aside, plus a temporary restraining order and an injunction prohibiting HISA or the FTC from taking any actions based on the HISA rules currently in place.

HISA's funding is a key issue that comes under question in the lawsuit.

“A private, politically unaccountable entity with breathtaking regulatory power over an entire industry requires significant funding to carry out its work,” the complaint states. “HISA, however, is not funded by Congress. Instead, Congress forced the responsibility of funding HISA onto the States. The Act forces States to choose either to fund HISA with money from the State treasury (or racing commission) or-if a State refuses–HISA intends to assess fees to the racetracks, which will undoubtedly be passed on to participants in that State's racing industry…

“As things stand today, the FTC has finally approved only three sets of regulations from this private, unfunded, politically unaccountable entity known as HISA. Those three sets of final rules cover 1) racetrack safety, 2) HISA enforcement proceedings, and 3) HISA's methods for assessing and collecting funds. All three sets of final rules will wreak havoc on the racing industry within a matter of days. And all three sets must be preliminarily and permanently enjoined because they suffer from fatal flaws under the APA Act or contradict constitutional guarantees,” the complaint states.

The suit alleges that when a first batch of HISA rules got approved in March and April, the FTC provided only a 14-day public comment period, far shorter than the typical 30 or 60 days. The complaint purports that this is an “unlawful pattern,” and that the FTC “ignored commentators who identified that HISA's rules for assessing fees are contrary to law because HISA bases assessments on purse size and racing starts but the Act limits the assessment methodology solely to race starts, with no mention of purse size.”

The complaint states that its “most pressing” concerns have to do with an expected spate of scratches come Friday if  “covered persons” aren't properly registered with HISA.

“At recent meetings, Defendant Lazarus claimed that HISA will attempt to scratch horses associated with covered persons who refuse to register with HISA or otherwise seek to disqualify horses post-race associated with unregistered personnel,” the complaint states.

“If HISA is allowed to enforce this punitive system, it will strip jockeys, owners, trainers, and all individuals involved in the horseracing industry of their economic interests in race purses-which are not set by HISA-and call the integrity of the entire industry into question.”

As far as the Jockeys' Guild is concerned, the “one-size-fits-none crop rule” is a chief beef.

“This is a major change from Louisiana's incoming rule, for instance, which will likewise limit the use of the crop to six overhand strokes but permits the use of underhand strikes at different junctures in a race, which is critical to the integrity of the race and participant safety,” the complaint states.

“Indeed, the FTC and HISA chose not to consider problems with state-specific concerns that were raised during the comment period and instead arbitrarily issued a rule without addressing comments criticizing that rule,” the complaint states. “The FTC's failure to meaningfully respond to these comments on the crop rule makes the rule arbitrary and capricious.”

The Fourth Amendment allegedly comes into play because a HISA rule “subjects covered persons, including the Individual Plaintiffs, to searches and seizures by HISA without prior approval by a judge or magistrate. This constitutes a per se violation of the Fourth Amendment,” the complaint states.

The Seventh Amendment allegations refer to HISA's ability to seek civil penalties from covered persons. “HISA enforcement actions under these rules that successfully obtain civil penalties will deprive aggrieved parties of their property rights and economic interests without providing aggrieved parties the right to a jury trial. The Enforcement Rule thus violates the Seventh Amendment's guarantee of a jury trial,” the complaint states.

The Tenth Amendment, which stipulates that the federal government only has powers that are specifically delegated in the Constitution, isn't directly addressed in the complaint. But the plaintiffs allege a violation of it in their separate request for a restraining order and injunction.

Later Thursday, Doug Daniels DVM, National HPBA President and Chairman of the Board, said, “We agree integrity, safety and uniformity in horse racing are of great importance, but we also believe getting each of these addressed in a lawful and proper manner is of paramount importance. Horsemen and horsewomen from coast to coast as well as United States Senators Grassley, Manchin, Ernst and Kennedy are asking for this implementation to be delayed and thus far it has gone on deaf ears.

“Now it has become necessary to request this court decide if HISA is ready for its roll-out. The participants are clearly saying the answer is 'no'–the implementation and the regulations are not ready as they stand today. We applaud Louisiana Attorney General Jeff Landry and the other plaintiffs who are demanding answers for everyone in the industry.”