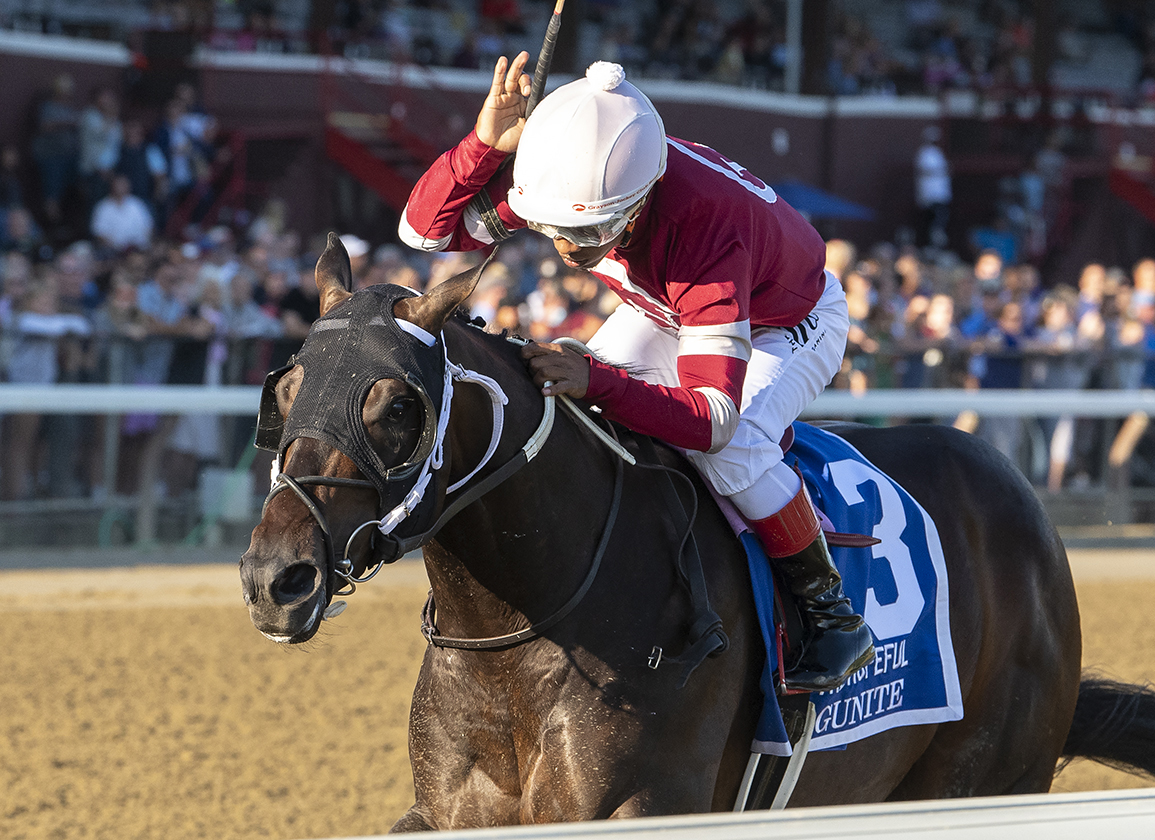 Last year Hall of Famer Steve Asmussen captured both the GI Hopeful S. at Saratoga and GI Champagne S. at Belmont with the fleet-footed Jackie's Warrior (Maclean's Music) and he looks to repeat that feat Saturday when he saddles Gunite (Gun Runner) in this year's Champagne. The stallion-making race offers a spot in the gate for the GI Breeders' Cup Juvenile in November.

“He'll be the horse in the field with the most experience so hopefully that does him well,” Winchell Thoroughbreds advisor David Fiske told the NYRA notes team. “Typically, horses that come out of Steve's parents training center in Laredo tend to break well from the gate. Facing all that adversity, that's something some of the other ones haven't faced. Hopefully, he's learned something from all of it.”

'TDN Rising Star' Wit is one of three looking to give newly minted Hall of Famer Todd Pletcher his seventh Champagne win. An ultra-impressive debut winner sprinting over Big Sandy June 5, Wit followed suit with an eight-length demolition of the July 17 GIII Sanford S. at Saratoga and was a clear-cut second in the Hopeful last out.

“He's got learning experience in all three of his races,” Pletcher said. “He's gotten well-accustomed to getting some dirt in his face and dealing with some traffic. We're just hoping for a cleaner start. We tried to break well in his last race, he just grabbed himself a little bit and had to play catch up from there. The track wasn't kind to closers as well.”

His stablemate My Prankster (Into Mischief) enters off a 'TDN Rising Star'-worthy career bow. The bay made a mockery of the field, blowing them away by 10 lengths in his 6 1/2-furlong unveiling at Saratoga Aug. 21, earning a gaudy 92 Beyer Speed Figure.

Rounding out the Pletcher trio is Commandperformance (Union Rags), owned by the stallion-focused partnership of Repole Stable and St. Elias Stable. The bay is still a maiden after a runner-up effort in his six-panel debut at the Spa Sept. 6.

“Just off one race, he's going to have to take another step forward, but he was so brilliant with his debut,” trainer Chad Brown said. “We've had horses have success here before doing that–Complexity (Maclean's Music) comes to mind. Off just one race he ran very well in the Champagne and won.”

Completing the field is Kavod (Lea), who will likely be the longest shot on the board off a pair of fifths in the Sanford and grassy GIII With Anticipation S. at Saratoga Sept. 1. He was second in the Tremont S. at this oval June 4.