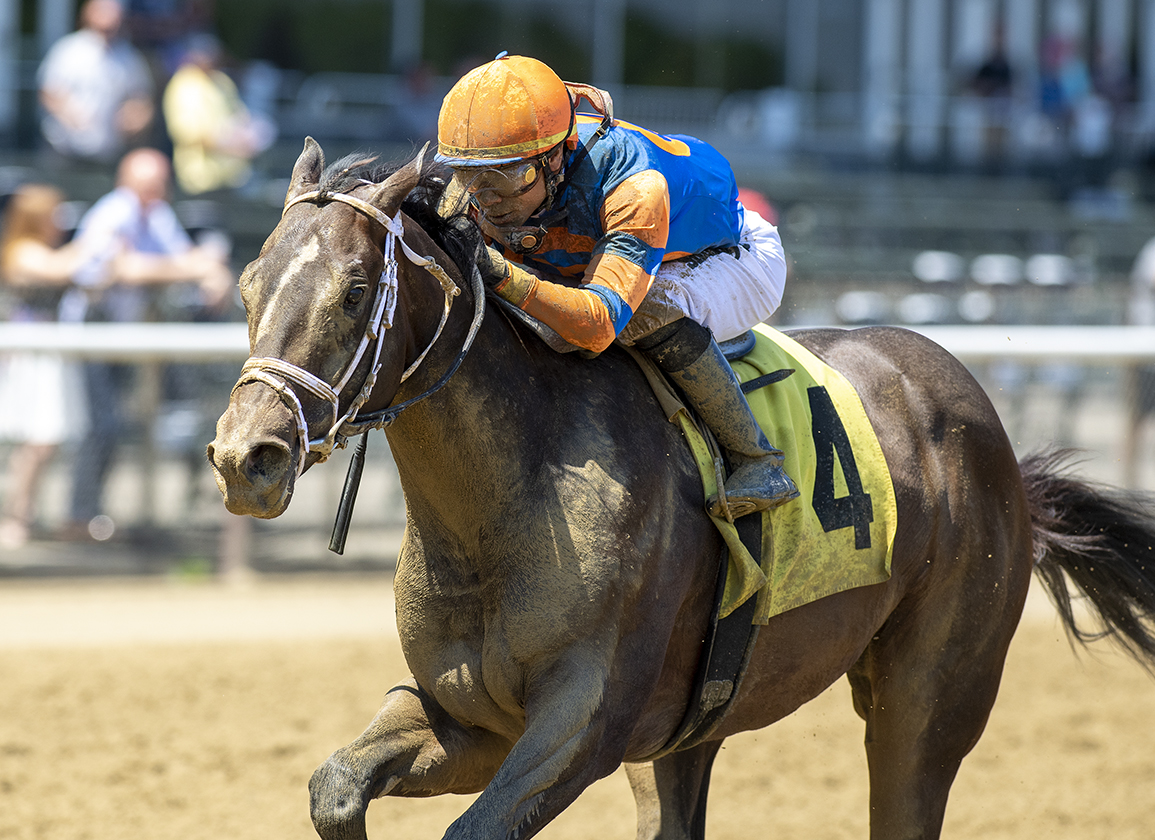 Practical Joke (Into Mischief) came into the juvenile sales season with plenty of hype and the first-crop Coolmore stallion has not disappointed in the sales ring or on the racetrack where his second winner romped home to a 'TDN Rising Star' debut at Belmont Park Saturday.

Sent off the 2-5 favorite, Wit was away a half-step slowly and trailed the field in the early going. But the dark bay colt made a powerful, sustained rally on the far turn and came four wide into the stretch, where he idled for a moment before bounding clear in the final furlong to graduate by six lengths. Keepcalmcarryon (Union Rags) was second.

Wit, a $575,000 KEESEP yearling purchase, is a half-brother to Barkley (Munnings), GSW, $368,425. His unraced dam Numero d'Oro (Afleet), who sold for $175,000 while in foal to Frosted at the 2017 Keeneland November sale, was not bred in 2020, but was bred to City of Light last year. She is a daughter of multiple stakes winner and multiple graded placed Numero Uno (Afleet) and is a half-sister to the dam of graded stakes winner and multiple Grade I placed Ivy Bell (Archarcharch).

Fillies by Practical Joke sold for $800,000 and $500,000 at the Fasig-Tipton Gulfstream sale and for $750,000 at the OBS March sale. His first winner was Catchusifyoucan, a homebred for Tom Durant who graduated on debut at Lone Star Park May 22.