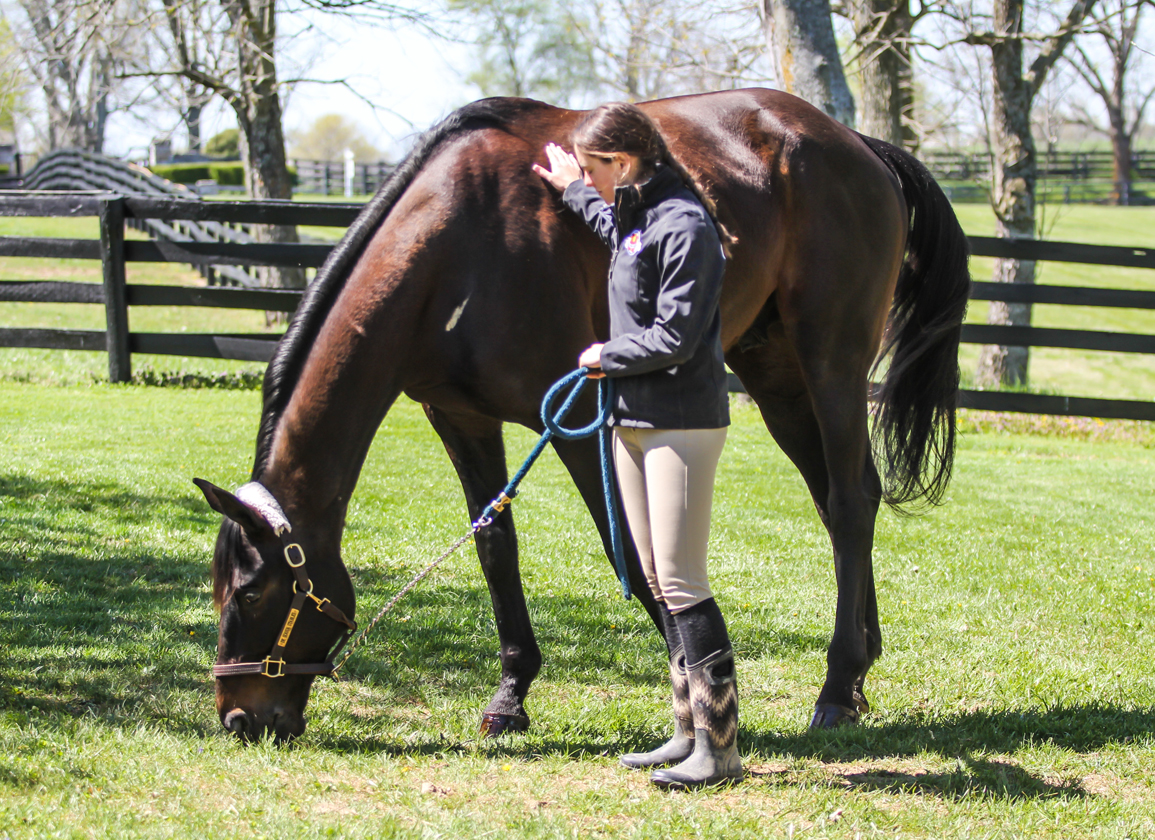 Cozmic One with Isabela de Sousa in 2018 | Christie DeBernardis

Cozmic One (Bernardini), the first foal out of Horse of the Year Zenyatta (Street Cry {Ire}), has joined the TAKE2 Thoroughbred League and is slated to compete in the TAKE2 Thoroughbred Jumper Division at the Kentucky National Horse Show Sept. 22-26. The classes for his division will be held in the Walnut Ring at the Kentucky Horse Park near Lexington. Cozmic One could earn a wild card berth in the $20,000 TAKE2 Hunter and Jumper Finals Sept. 26 if he finishes in the top five in the division.

Now a 9-year-old and with a huge fan following since his birth, Cozmic One made little impact on the racetrack and retired in 2017. He competed in the Retired Racehorse Project's 2018 Makeover and finished fifth for Isabela de Sousa. The college student owns Cozmic One in partnership with her father, Sergio, who now rides the horse, and Zenyatta's owners, Jerry Moss and Ann Holbrook.

“It's pretty amazing, a lot of people really enjoy seeing what he is up to,” said Sergio de Sousa. “People love the mare, and they love him, too. We post things about him on social media–from the horse shows, but also 'Coz' playing with his buddy, rolling in the mud, just being a horse. It makes people happy to see it, and it is simple for us to do that. We get letters, Christmas cards, cookies, birthday cards, you can go on and on. My daughter started it a couple of years ago, so people could follow him, make the connection with Coz, see how he was training. She got a lot of people to participate in his journey.”

“This is his second career, but he really is retired, he is just having fun,” said de Sousa. “He gets excited going to the shows, he loves to watch the other horses perform, he loves to watch the people go by. He's like a boxer, ready to go in the ring. But we're not looking to be in the Olympics, this is just for his enjoyment. He doesn't owe us anything.”

TDN won a 2018 Multi-Media Eclipse Award for a feature on Cozmic One in his second career.

The TAKE2 Thoroughbred League was launched in 2015 to promote second careers for retired racehorses and offers $10,000 in year-end high-score awards to Thoroughbreds competing in TAKE2-affiliated hunter and jumper divisions across the country, with the $20,000 TAKE2 Finals held every September.