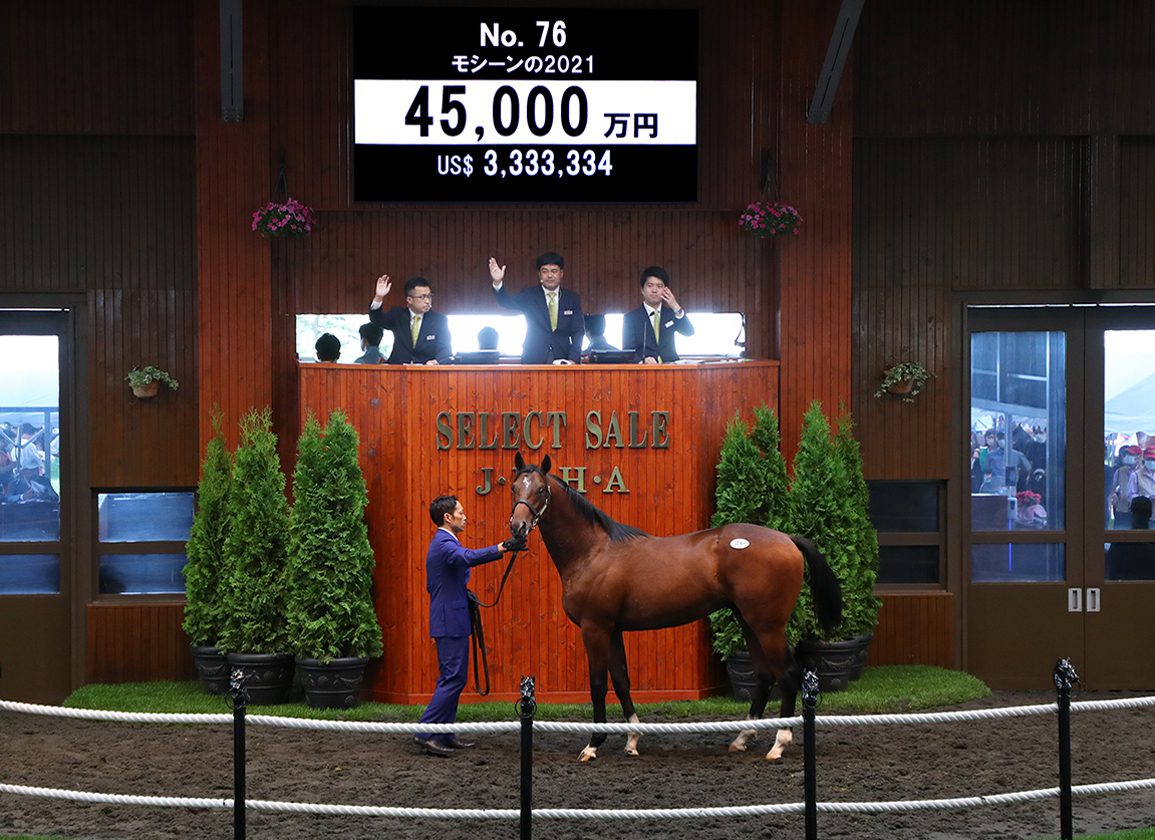 It doesn't seem to matter where you are in the world: bloodstock sales are booming. That was certainly the case for the opening day and sole session of yearlings at the JRHA Select Sale, which reached new highs after last year's record-breaking trade.

“This is an amazing market. As it was a record-breaking market last year and I thought it would be difficult to beat it this year, this is a pleasant surprise,” said Katsumi Yoshida of Northern Farm, the largest consignor at the sale, who was responsible for the top eight lots in the sale.

“I am very impressed with the depth of buyers, which include a lot of newcomers. And the most important aspect of today's market is very high clearance rate.

“While this year's catalogue does not include any yearlings by Deep Impact, several stallions, such as Duramente, Epiphaneia, and some others, played the role of his replacement. I am very happy with the depth of young stallions in Japan now.”

Taking top honours on day one was lot 76, Northern Farm's colt by Maurice (Jpn) out of the treble Australian Classic winner Mosheen (Aus) (Fastnet Rock {Aus}),  who was bought by Masahiro Noda of Danox Co Ltd for ¥450 million (£2.7m/€3.25m).

“The foals out of Mosheen have been getting better and better, crop by crop, and this yearling, who is the eighth foal out of Mosheen, is a fantastic individual,” said Yoshida. “Therefore, I set the highest reserve price [for him] in our consignment. Many owners and trainers who visited and saw him at Northern Farm were enchanted by him and I expected he would be expensive. But the price, 450 million yen, is much more than I expected.”

Noda was one of the leading buyers of the session and among six yearlings bought was another colt by Maurice, this one out of the 1,000 Guineas winner Homecoming Queen (Ire) (Holy Roman Emperor {Ire}), who was sold for ¥220 million (£1.3m/€1.6m).

The Japanese Guineas and Derby winner Duramente (Jpn), who died last year from colitis after becoming the country's leading first-crop sire of 2020, was responsible for the day's second-most expensive yearling (lot 96). The colt is the first foal of Jaywalk (Cross Traffic), a former champion 2-year-old filly in the U.S. and Breeders' Cup winner. He was knocked down at ¥300 million (£1.8m/€2.2m) to Two One Racing.

At the head of the fillies' division was another from Northern Farm, the daughter of Daiwa Major (Jpn) and GI Breeders' Cup Juvenile Fillies Turf runner-up Coasted (Tizway), who was offered as lot 58 and brought a top bid of ¥210 million (£1.3m/€1.5m) from Fujita Susumu.

Frankel (GB) has already been represented by three Grade I winners in Japan and his sole yearling in the catalogue (lot 23) was out of the Irish 1,000 Guineas winner Jet Setting (Ire) (Fast Company {Ire}). The mare was previously one of the stars of the Goffs London Sale when selling for £1.3 million to China Horse Club in 2016, and her colt fetched a bid of ¥155 million (£948,000/€1.1m) from American Turf.

The sales action continues in Hokkaido on Tuesday with the concluding foal session which includes a half-brother to Monday's session topper by Epiphaneia (lot 367).