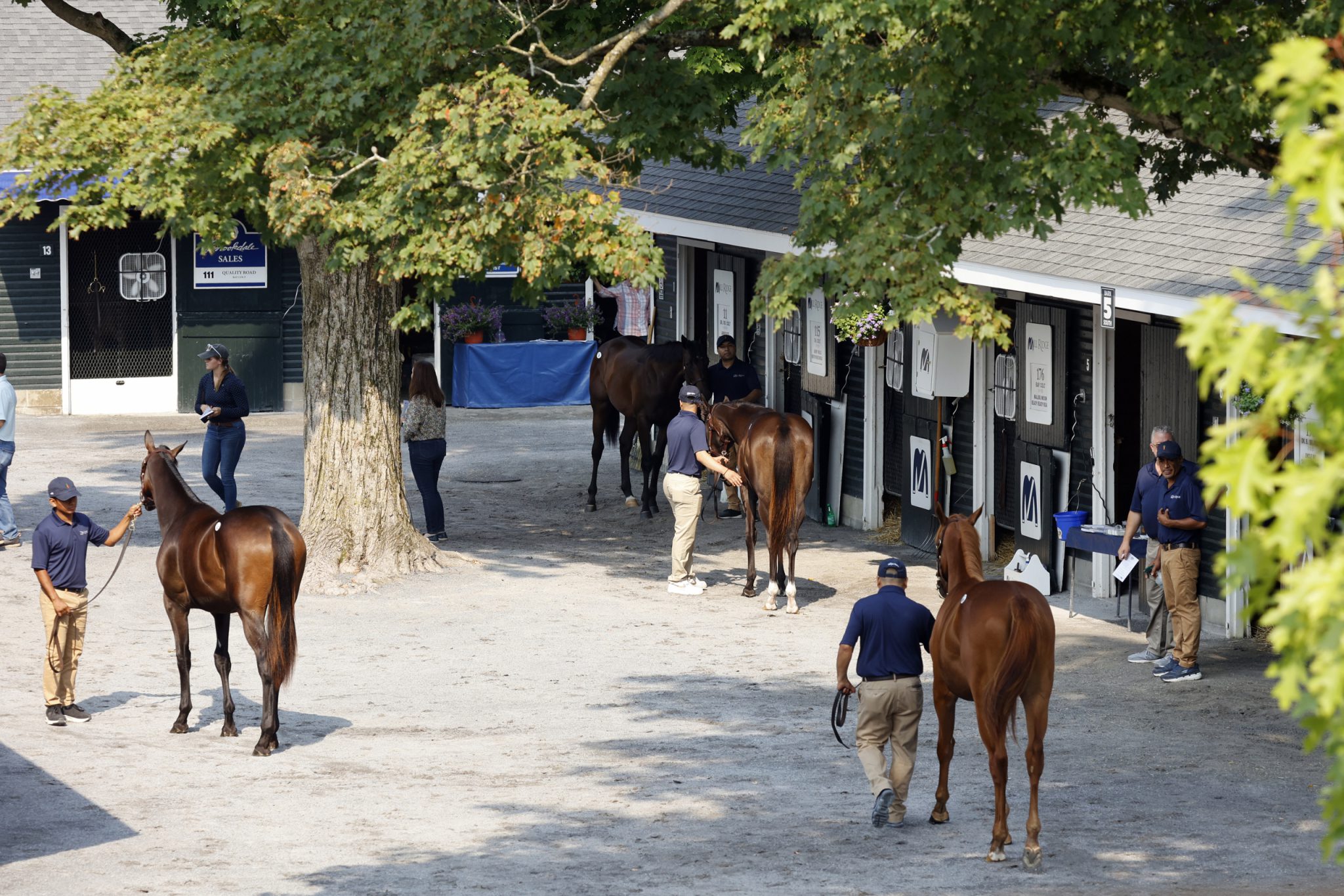 The Saratoga Sale is known for offering some of the country's top yearlings, many of whom have quite the star-studded pedigrees. The 2022 catalogue, which features 216 yearlings, is no exception.

“It's just a fantastic collection of yearlings, both in terms of pedigree and the physical conformation,” Fasig-Tipton President Boyd Browning said. “We were excited all spring when we were going to the farms with the interest and the enthusiasm we were getting from folks with top quality yearlings. I think it's just as exciting of a group of yearlings that we've ever had the opportunity to offer. It's truly is a special catalogue and we couldn't be any more excited or optimistic about the 2022 Saratoga edition.”

The Saratoga Sale is just the second yearling auction of the season, following Fasig-Tipton's July Sale in Lexington. The July Sale featured a very strong market, giving sellers plenty to be optimistic about heading into this premier boutique auction.

“I think there's always a little bit of, you know, anticipation, anxiety, hesitation to see what the markets going to be,” Browning said. “July starts the yearling sales and we've seen a little bit of change in the worldwide economy. There's been a little bit of downturn in the financial markets and there was a little concern, but it was really encouraging to see positive signs in terms of the statistical performance of the sale. But even more than the statistical performance, was just the level of interest and the activity that took place before the sale and on the sales grounds. I think that we've seen strong, strong interest pre-sale here for the Saratoga Sale and I expect a very healthy market.”

Gainesway sold the topper at last month's July Sale and were also responsible for the sale-topper at Saratoga last year, an Into Mischief colt out of GI Test S. winner Paola Queen. They offer that colt's full-sister here this year. The operation's General Manager Brian Graves agreed with Browning's thoughts on the momentum from the July Sale carrying into Saratoga.   “The first sale of the year, July, was a really good sale,” Graves said. “Averages were up and medians were up. There was competition for all of the horses. I think the economy has improved since then. I don't see any reason this won't carry the momentum. The quality horses are here. I feel very good about our group. I am confident it will be a good sale.”

With one of the world's top race meets being held right across the street from the Humphrey S. Finney Pavilion, it makes Saratoga the ideal place to sell horses.

“There's always a lot of excitement and anticipation when we when we come up to Saratoga,” said Denali Stud's Conrad Bandoroff. “We've been very fortunate to catch some great results up here and have clients that give us some very nice horses to sell. We always target a couple of what we think are some of our nicest yearlings from the farm to come up here. It's just a great environment to sell horses.”

He continued, “It's a world-class race meet and a world-class boutique sale. The buyers and owners are up here. People just love to buy a nice yearling in Saratoga. We're very, very lucky that we have one of the best show areas on the ground, where our horses can really present themselves and showcase their best physical attributes. We call it the Saratoga magic. It can work the right way and the stars align and it can just be a really magical place to sell horses.”

Graves expressed similar sentiments, saying, “It feels energetic. It looks like all the usual buyers are here and even a few new ones. There is plenty of activity. Being centered around one of the best race meets in the world in a small town, the environment gets pretty electric during these night sessions.”

While Gainesway and Denali are familiar faces at the Saratoga Sale, Jill Gordon and Jacob West's Highgate Sales, which debuted at Fasig's February Sale, hangs its shingle up at the Spa for the first time.

“Saratoga is a sale both buyers and sellers look forward to each year and naturally has great energy,” Gordon said. “Bringing a draft here was one of our first short term goals when we launched Highgate earlier this year and we are grateful to our clients supporting us with two quality offerings. We are excited to be here for what is hopefully the first of many Saratoga drafts for Highgate.”

Bidding gets underway at 6:30 p.m. Monday evening at the Humphrey S. Finney Pavilion and continues Tuesday with a second session starting at the same time.