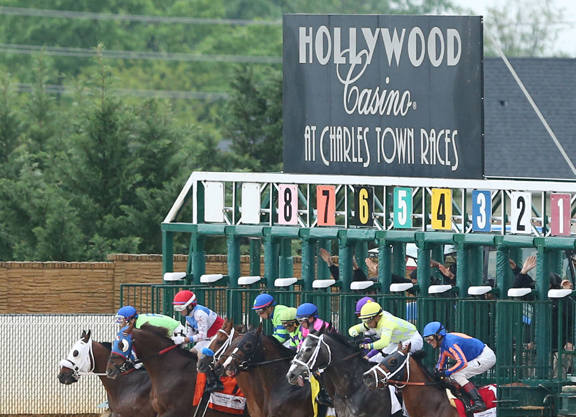 Although he stopped short of saying that a surface change at Charles Town Races might soon be mandated by state racing regulators, West Virginia Racing Commission (WVRC) chairman Ken Lowe Jr. made it clear during Tuesday's meeting that he will be advocating for a synthetic surface to replace the traditional dirt that comprises the track's six-furlong oval.

Lowe's Apr. 20 comments came against the backdrop of 11 equine fatalities at Charles Town so far in 2021. The track is closed for racing Wednesday through Saturday this week to perform maintenance and a safety evaluation. Charles Town has also lost three programs this year because of bad weather, and one date because of a lack of entries.

“Let's truly think about working together to figure out a way that Charles Town can go to synthetic,” Lowe said. “I don't see an answer to this problem that we have every year here. I know [the track superintendent] is doing a great job. Management's trying…. But why go through this every year? Let's figure out a way to do it so there can possibly be a synthetic surface at Charles Town that solves most of the problems with a proper drainage system, et cetera. I think that's the solution.”

Lowe's comments were preceded by a general surfaces presentation by Mick Peterson, the director of the Racetrack Safety Program and a professor of Biosystems and Agricultural Engineering at the University of Kentucky. Peterson routinely advises the nation's top-tier tracks on equine safety and track composition.

While underscoring that synthetic tracks are not specifically his area of expertise, Peterson did note that Turfway Park in neighboring Kentucky has had an “incredibly successful” long-term safety profile while using Polytrack (2005-19) and (Tapeta (2020-21).

Peterson added that there are similarities between Turfway and Charles Town, in that both race at night and during winter months with a primarily a low-level horse population. He did not outright advocate for a switch at Charles Town, though.

“Probably at the next meeting, I'm going to suggest for the racing commission [to give] its approval that we come up with a date and begin the process of figuring out how to shift Charles Town to a synthetic surface, and what's involved,” Lowe said.

Erich Zimny, Charles Town's vice president of racing operations, thanked Peterson for his expertise while cautioning the WVRC not to rush to judgement on a synthetic surface mandate.

“The last time a commission made a mandate for a synthetic surface in a state in this country, that kind of went sideways,” Zimny said.

Zimny was referring to 2006, when the California Horse Racing Board ordered all major Thoroughbred tracks in the state to install synthetic surfaces in lieu of dirt. The tracks ended up being safer according to several studies, but there were problems with maintenance and complaints from some horse people and handicappers who preferred the traditional dirt. The California mandate was reversed within two years.

Lowe, a long-time West Virginia horse owner, has had an abrasive history with Charles Town management over various issues for the better part of a decade.

In 2011, when Lowe was president of the Charles Town Horsemen's Benevolent and Protective Association, track management ejected him from the property for a violation of Charles Town's house rule against solicitation (authorizing the distribution of political flyers). He subsequently told TDN he won an undisclosed court judgment from track management when he challenged that ejection.

Lowe was appointed to the racing commission in 2017. Shortly thereafter, he led a failed bid to withhold commission approval for a fully-funded version of the GII Charles Town Classic, the track's signature race. That action almost scuttled the Classic for 2018, but the state's governor, in reaction to well-publicized backlash, vowed to have the WVRC's decision revered. The commission subsequently re-voted to approve funding for that stakes.

On Tuesday, when Lowe prompted Zimny for his reaction to switching to a synthetic surface, Zimny opted not to discuss the issue in public until he had time to talk about it privately with members of Charles Town's management team.

“It's certainly something that will have to be discussed internally here, and I would caution against anything rash as far as mandating anything,” Zimny said.

“Erich, you know me. I don't do anything rash. I always ask everybody. I'm smiling. Can you see it?” Lowe quipped.

“We'll be prepared to discuss it at the next meeting,” Zimny replied.

In a post-meeting follow-up email to TDN, Zimny declined further comment, but added that “Can also say that our rate of fatal musculoskeletal injuries during races had fallen each year from 2017 thru 2020. Was at 1.43 per 1,000 starters in 2020, including less than 1 per 1,000 from January thru March last year.”