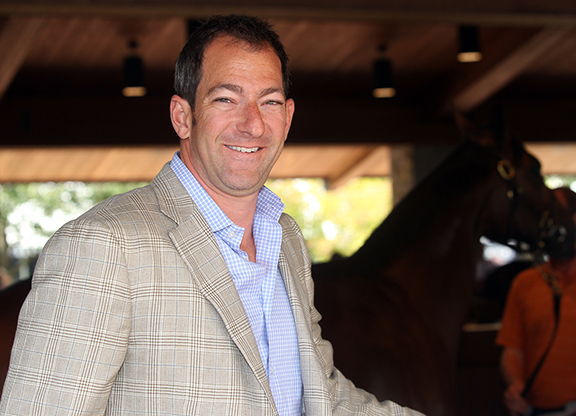 Another salvo was fired Monday in the years-long industry debate over whether Equibase Company LLC, the owner and controller of Thoroughbred racing's statistical database since 1991, should make more past performance betting information free to the public in the interest of bolstering the sport's sagging betting handle.

This latest attempt to make industry stakeholders aware that American horse racing is falling behind in free access to data compared to other global racing jurisdictions, and even to recently legalized sports betting in the United States, came in the form of a white paper released by the Thoroughbred Idea Foundation (TIF), a year-old think tank that is using independent research to try and drive changes in the sport.

The paper, titled “Embracing a Future with Free Racing Data” (read it here) calls on Equibase to “propel racing into the analytics era” by treating past performances and other betting tools, not as a commodity, but as a marketing initiative.

Instead of earning a small-slice stream of income from selling data, the TIF paper argues, the industry-owned Equibase could better grow the sport's entire pie by giving away the data, which would theoretically lead to a boom in betting business.

“Equibase–as a going interest of the racetracks and The Jockey Club–should eschew their interests to profit from data sales, absorbing the costs of data collection and distribution in favor of the wagering participation and the trickle-down industry benefits this would yield,” the TIF paper asserted. “In other words, the collection and distribution of racing data should be considered a marketing expense, used to attract and retain gamblers…. Equibase's success should not be measured in terms of data sales, but in the performance of racing's wagering markets.”

The road map for doing this, according to the TIF, is rooted in four planks:

2) Provide free, basic past performances on all North American tracks.

3) Provide responsive channels to regularly address errors and omissions in the data.

4) Partner with universities to study racing data, developing new and advanced metrics for the betterment of the sport.

Reached via phone Monday afternoon, Jason Wilson, the president and chief operating officer for Equibase, declined the opportunity to comment on the TIF's white paper.

“Not today. I really haven't had a chance to digest what they had to say,” he said.

An Equibase staffer did subsequently email a statement attributed to Wilson, which read, in part, “Equibase's mission at its inception was threefold, and it has not changed. First and foremost, the goal of Equibase was to become the primary source for all racing statistics for the Thoroughbred industry in North America. Second, and in furtherance of that, Equibase would collect, collate, process, store, and disseminate racing information. The third part of Equibase's mission was to market that information to the Thoroughbred industry and the general public, with a commitment to improve the entire Thoroughbred industry. That mission is being accomplished.

“Over the past decade, Equibase has made each data element it collects available for free on its website and has created tools to view and filter the data to foster fan engagement,” the statement continued. “Equibase appreciates the efforts of the TIF and will continue to evaluate how data can be used to help grow racing's fan base.”

Craig Bernick, the president of Glen Hill Farm and the founder of TIF, told TDN via phone Monday afternoon that feedback in the first few hours of the white paper's release has been “overwhelmingly positive.”

Bernick admitted, though, that “I don't think there's anything new in this paper for the people who have been talking about this issue for the last 10, 15 or 25 years.”

He also confirmed that Equibase itself was not asked to directly participate in the study.

But Bernick said he has spoken to officials at The Jockey Club, and its subsidiary, Equibase, a number of times since the TIF's inception, and he said he told Wilson as far back as last summer that the TIF would, at some point, be making this call for much wider consumer access to data.

“So this paper didn't come as a surprise to them when it was released this morning,” Bernick said. “They're in a business where you would think the [best way to improve the industry] would be to increase fans and increase participation, and increase betting. But it seems that the mandate for Equibase has been to sell more data. And they've done a great job at it. And I think Jason is a great executive and a smart person. But what [the TIF] would like to see is that the mission for Equibase [instead] be to grow fans and handle.

“Right now there are huge pay walls blocking [betting growth],” Bernick continued. “Our organization–because we're new and we don't have any authority–all we can really do is try to smarten the conversation. It's going to take a major change of philosophy of the parent companies of Equibase in order to move this thing forward. What they're doing is essentially choking out our current customers.”

Total Thoroughbred betting in America was roughly $11 billion in 2018, down from a high of $15 billion in 2002, according to The Jockey Club.

“As wagering on racing has experienced significant declines, how can the industry-led data monopoly justify current pricing levels and continue its restrictive access to said data?” the TIF paper questioned. “Data in North American racing is big business. But should it be?”

Equibase, the TIF noted, further packages various products into a series of “day passes” designed to give customers all of the data they might need in one bundle. The cost for the most comprehensive package, a “gold” day pass, is listed at $30/day, though the published average retail value is noted at $500.

“Extrapolated over the course of a racing year, a gold day pass would run more than $10,000 [and] the retail value would be an even more alarming $182,000,” the white paper stated.

Now that legalized sports betting has arrived in America and is flourishing, Bernick said racing's data-cost problem is becoming even more pronounced.

“If you compare the price of the bets or the access to information [to other sports], we're an outlier in a terrible way,” Bernick said. “We were a monopoly [decades ago], and we enjoyed that. But we didn't innovate and grow our business to reach consumers in a major way. And now that sports betting is [legally available] with takeout at a quarter of our retail price with information available for free, if we don't change this [the effect will be like] a nuclear bomb to our business.”

Although Wilson did not want to talk Monday, he made some comments to TDN in a story six months ago (read it here) dealing with open access to data that are still relevant to the debate today.

“We're not a major league with a centralized office,” Wilson told TDN last summer. “We don't have the ability to share revenues and expenses. So as a stand-alone data company, we have to figure out that balancing act: How much do we give away for free as an enticement and an engagement, and how much do we have to charge as a way to make money so we can continue to do what we do?”