Getting from 'Cease and Desist' to 'Come Work With Us' 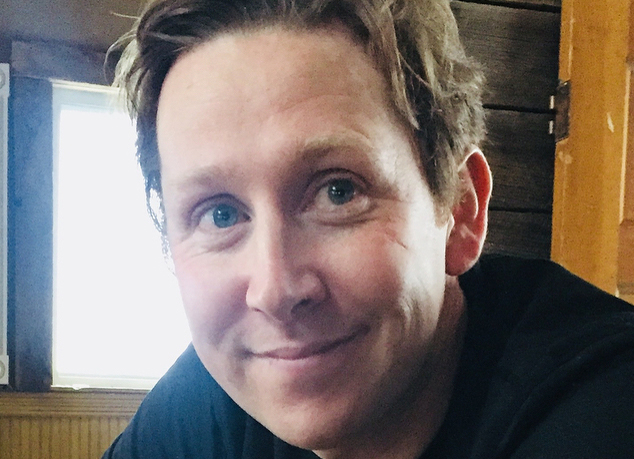 How many times have you heard racing industry pooh-bahs calling for digital innovation and fresh technologies to spark the sport? Unfortunately, it's not like talented programmers and developers are knocking on the sport's front door to introduce themselves or offer their ideas to the industry for the good of the game.

Yet that's exactly what happened earlier this summer when one savvy software engineer quietly rolled out an open-source horse racing data app he invented that was free for the public to use and designed in a way that made it easy for other developers to tinker with and improve.

But instead of this app serving as a calling card that might lead to greater engagement with industry officials, the creator of the Handycapper program found himself on the receiving end of a cease-and-desist directive from Equibase Company LLC, the owner and controller of Thoroughbred racing's statistical database since 1991.

Considering Robin Howlett spent two years of his spare time working for no pay on a passion-driven project whose lifespan in the public domain lasted two months, you'd think he'd be a more than a tad ticked off at the way Handycapper was received by the sport's powers that be. Surprisingly, he's not. If anything, the shutdown has emboldened Howlett to forge ahead with enthusiasm.

“My reception wasn't arms open, an embrace,” Howlett acknowledged with an upbeat chuckle in a recent phone interview from his home in Colorado. “But I am open and willing to converse with anybody if it involves helping others to enjoy the sport to a greater degree.”

Howlett, 36, is the director of engineering at SnapLogic, a digital enterprise firm that specializes in providing data integration systems to companies and industries worldwide. His story starts in 2009, when as a budding software engineer–and a huge racing fan–he moved to the United States from his native Ireland. What struck him about the U.S. version of the sport was how data-centric the game was compared Europe, plus the “sheer scope and breadth” of horses, races and tracks in America.

In 2010, Howlett landed a gig as a software engineer for a Breeders' Cup app on Facebook. This led to an invitation to be a member of the Breeders' Cup Digital Fan Advisory Council. He then moved on to other non-racing jobs, like coordinating software architecture for SportsLabs (a firm that enhances digital business for college and pro sports organizations) prior to joining SnapLogic and advancing through its managerial hierarchy.

On nights and weekends, Howlett continued to explore ideas to harness the power of racing's vast results database. At one point, he contacted Equibase about using their data to run some tests. “But I was quoted a very large number to get access to a dataset that I would consider sufficient to get a good sense of things,” he said.

Fast-forward to 2016, when Howlett, still tinkering, discovered a piece of software that allows a user to extract specific data points from a standard PDF digital document. Intrigued, he tried it on one of the thousands of Equibase results charts that are freely available online.

Immediately, he said, “I saw enough to show that there was a promising path” to a new way to utilize chart data. “And then it really became an intellectual challenge: 'Could I do this?'”

After another year of pecking away in his free time, Howlett had a program that was robust enough to share with “a few creative types.” But he still felt that his “chart-parsing library” was too complicated for an ordinary handicapper to use.

“What I then wanted to try was a very basic product experience that would target the everyday, average racing fan–creatively inclined, but not necessarily a major horseplayer,” Howlett said.

By 2018, that concept had evolved into Handycapper. On May 23 Howlett made it publicly available online, explaining that “what I wanted to do was to make it as quick and as easy for anybody to take a chart and let them put it into an application to do very simple things in a more flexible way than had been offered before.”

Handycapper users could seek and sift myriad combinations of statistical chart information based on parameters of their choosing. They could then save that data into a spreadsheet, or access the database directly to run specialized queries, Howlett explained.

Feedback on social media was limited but overwhelmingly positive. The site Raceday 360 used Handycapper to augment stakes race profiles, and Howlett said he was encouraged to learn almost every day about other creative ways that people were interacting with Handycapper.

“It was well-received. Word of mouth and online sharing–it was nice to see,” Howlett said. “I didn't really track any sort of usage figures, but it would be quite safe to assume it was small numbers.”

At about the six-week mark of his open-source experiment, Howlett heard from an entity that wasn't too pleased with Handycapper's existence.

“Early July, I received word from Equibase's legal team that they had concerns about the software, vis-à-vis their terms of service,” Howlett said. This did not surprise him, he added. As a software engineer experienced in dealing with digital data rights, he was well aware that the data he acquired via the free charts was still the property of Equibase, regardless of how he got it or presented it to others.

“Historically, Equibase and [its parent] The Jockey Club have been aggressive in any sort of control over the information that they have produced,” Howlett said. “I knew [a request to shut down] was possible. I guess I just wanted to see how people would react, and what would Equibase's issue be, and would anyone like to learn from my experience.”

A phone call was arranged between Howlett and Jason Wilson, the president and chief operating officer of Equibase. Both Howlett and Wilson later told TDN the conversation was cordial.

“Straightaway I acknowledged that Equibase had produced the data, and that I in no way wanted to drag this out unnecessarily,” Howlett said. “So I accepted that if Equibase were uncomfortable with [Handycapper] being out there, that I would no longer publish it.”

Howlett continued: “We spent the rest of the conversation just exchanging information and thoughts about general sports and new media and development opportunities. The two politely agreed to keep in touch, but the phone call “didn't extend to any invitation for collaboration or feedback.”

Wilson, in a phone interview earlier this week, came across as an executive who is well aware of racing's need to spark innovation. But he acknowledged it can be a challenge for Equibase to protect its proprietary data while letting some of it reach end users for free or at a reasonable price. He also emphasized that Equibase is more flexible in cooperating with data-seeking entrepreneurs than the company gets credit for, and that comparing racing to other sports in terms of free and easy access to data is “apples to oranges” because of how differently racing is structured.

“We're not a major league with a centralized office. We don't have the ability to share revenues and expenses. So as a stand-alone data company, we have to figure out that balancing act: How much do we give away for free as an enticement and an engagement, and how much do we have to charge as a way to make money so we can continue to do what we do?”

Wilson continued: “We're working on engaging the developer community in ways that still fit within our existing framework of how we operate. But It kind of goes back to the chicken-and-egg thing. What's going to happen first? I think in order for [data sharing policies] to change, I think the entire model of the sport has to change. And I don't necessarily see that happening any time soon.”

Howlett, though, believes he can be part of the process of changing–or even breaking–that model.

“I work in the software industry, explicitly in the area called integration, which is joining various data systems together. And we have seen an explosion of interest and commerce once [industries] connect the data of various systems,” Howlett said. “It doesn't begin and end with the chart data. My view is more open data is always better. I would imagine that the way the industry is trending, they should certainly consider new approaches to doing things rather than the status quo. My attempt was simply to provide a window view into what could somebody do if they had greater accessibility to the data.”

Even Wilson admitted Handycapper had some appeal. “It was definitely an interesting product. I will give it that,” he said.

But beyond the question of data rights and ownership, the bigger question facing Equibase–and, by extension, the entire industry–is this: Given Wilson's stated desire for Equibase to engage more with the developer community and his appreciation of Howlett's work, why did their conversation focus primarily along the lines of “cease and desist” instead of a “come work with us” pitch?

When asked this, Wilson responded with a long pause before saying he would prefer not to answer that question for the record.

Despite what appears to be a missed opportunity for the sport to team with a world-class programmer, Howlett believes he will eventually partner with industry entities on some future project. After he posted July 23 that Handycapper would no longer be publicly available, he said he was contacted by the recently formed Thoroughbred Idea Foundation to pick his brain on what might be possible.

And a recent Twitter posting by Howlett hinted at a new racing-related brainstorm he's enthused about that will “probably ruffle some feathers” within the industry.

“That was mostly mischievous,” Howlett said coyly when nudged for specifics. “But yes, I am working on another side project, again mostly for fun. I'll reserve giving you all the details, but because you called me, I'll say this: A common complaint is that the takeout is too high. And a common retort to that is that the average player doesn't care. I'm interested in something that would make it so that when you're wagering, you become very aware of the takeout.” —@thorntontd