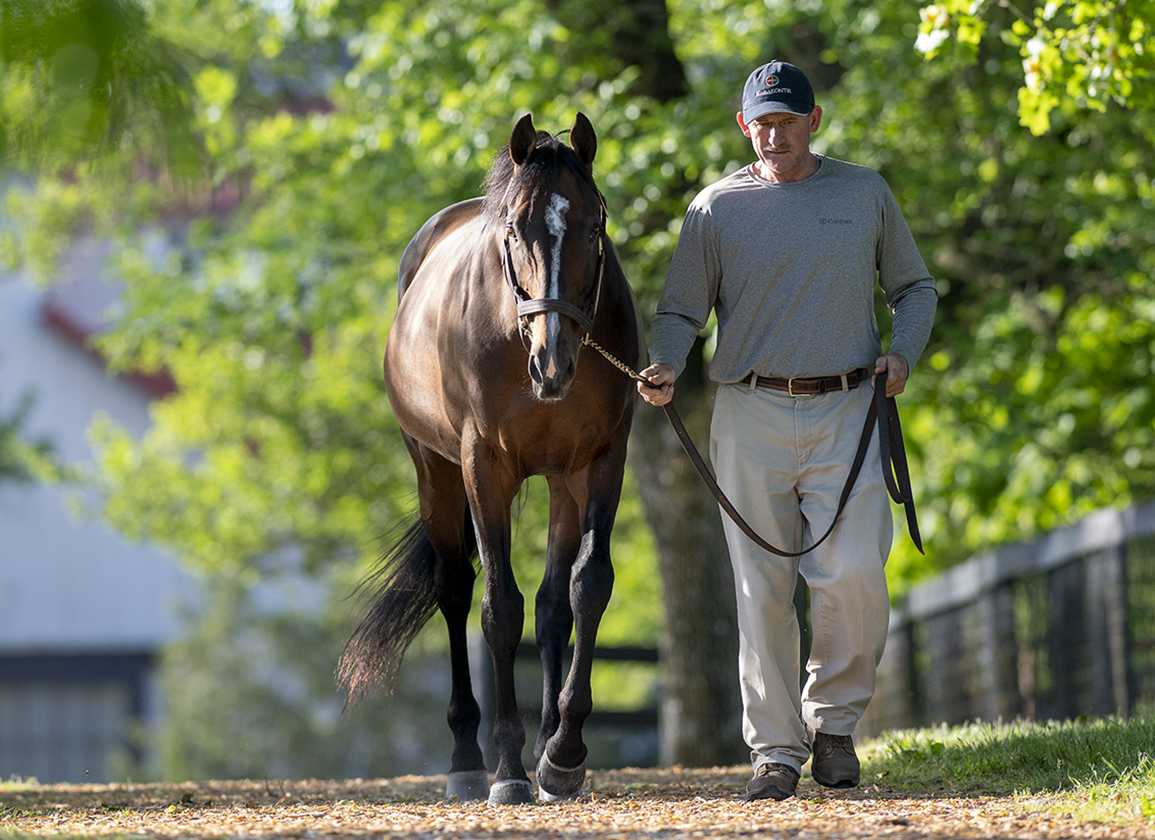 This can be a terrifying business. Here we are, for the first time in this series, assessing stallions that have at least put some sophomores through the starting gate. And already, commercially, the game appears to be up for many. So much so, in fact, that to give adequate competitive depth to our value podium, we're going to combine the consecutive intakes who were in 2021 respectively contesting the second- and third-crop championships.

Here's just one example of how ruthless the market is. I won't name the stallion, because he doesn't deserve the ignominy: I have long thought him exactly the type we should be embracing, amply satisfying the criteria of pedigree, performance and physique. But anyone who can be bothered to do a couple of minutes' research will soon figure it out. All I'll say is that since a brilliant sales debut, amply vindicating his status as one of the most expensive freshmen, he has produced three Grade I winners from three crops: the same as American Pharoah and one more than the acknowledged breakout of their class, Constitution. In 2021, he was down to 29 mares.

Perhaps he can still renew momentum as he merits. In principle, however, his treatment shows how this marketplace can menace a stallion with commercial extinction virtually overnight. Sure, as we've previously acknowledged in this series, it's fair enough to reach some tentative early conclusions about a stallion if he can't make the most of the huge opportunity that breeders, in their dread of exposure on the racetrack itself, will give to new sires. But we should at least allow their first couple of crops time to mature before making any such judgement. As it is, we tend to anoint just one or two immediate achievers in each intake, and dump the rest more or less on the spot. The commercial highwire tapers to a thread very quickly.

And the whole process, of course, becomes self-fulfilling. You might still get lucky, might still come up with a champion from a handful of mares, but this is a numbers game and the odds obviously steepen with the loss of volume. Little wonder so many stallions at this stage tend to disappear into overseas or regional programs.

At the other end of the scale, the chosen few tend to be very few indeed. With one or two marginal exceptions lower down, of this year's leading second-crop sires only Nyquist and Not This Time have managed to move up their opening fees; and among the preceding group, only Constitution, Liam's Map and Daredevil. The latter's history is a cautionary one, of course, the market having exceptionally repented of his banishment abroad.

So how do we identify value? Many stallions we might consider unfairly neglected could only be recommended to end-users, who might like to breed a runner for a cheap fee, as their sales trajectory is pointing to the door. The few who retain commercial credibility, meanwhile, are generally charged at a corresponding rate. Constitution, for instance, has made the grade in utterly convincing fashion, but he's no longer very accessible as a result. With even more than the usual diffidence, then, here are one or two subjective discoveries of residual value across these two groups.

Bubbling under: Okay, so most of us can't even think about paying $55,000 to cover a mare. But value is relative, and those who can afford to play at this level will be grateful for Darley's immediate retraction of Nyquist's fee hike to $75,000 last year (from $40,000). Because even though he had to wait until the other day for his first graded stakes winner since, when Slow Down Andy advertised his Derby credentials in the GII Los Alamitos Futurity, Nyquist has been extremely consistent in producing horses of elite caliber.

While he has so far managed to get no more than 125 of his 197 named foals onto the track, he now has no fewer than 22 stakes performers, 14 placed in graded company and six at Grade I level. He hasn't converted that presence to winners as efficiently as Not This Time–a horse we have esteemed from the start, and likely to do better yet with the improvement in his book quality–but there's no doubt that Nyquist has secured commercial viability, with his third crop of yearlings averaging $158,442; and his 2-year-olds $342,043, third among all sires in 2021.

No young stallion is more obviously equipped to get you a runner–literally–than Upstart, who has put 118 of 149 named foals onto the racetrack already, a dozen of them placed at stakes level. He was multiple Grade I-placed at two, three and four, so expect his stock to keep thriving. And while his third crop of yearlings were processed modestly enough, pinhookers will surely have noticed his fantastic yields at the 2-year-old sales: $113,250 this spring, after clocking $107,791 with his first crop. Stay on board, definitely, at $10,000 with Airdrie. 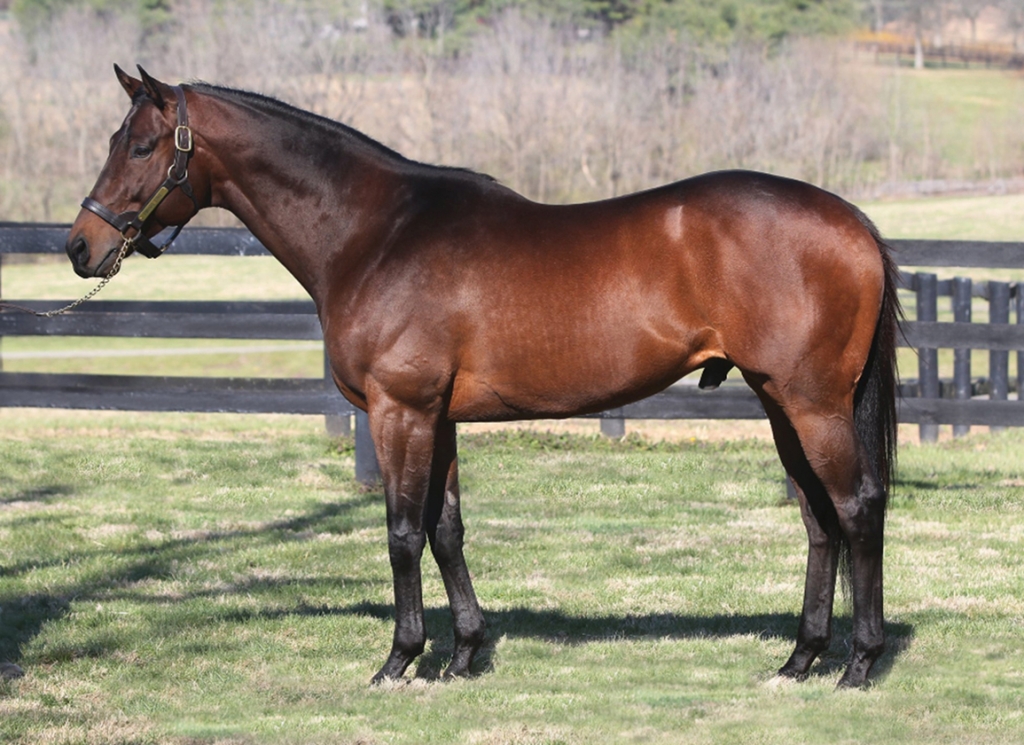 Now here's an intriguing animal. You have to go some way down the second-crop table to find him, but that's no less than you would expect of a stallion with just 38 starters to date. But not only have 22 of them won; two members of Firing Line's second crop have placed in significant Grade II races.

The homebred Venti Valentine was runner-up in the Demoiselle S., having won a maiden and then a Listed race on her first two starts, while $25,000 yearling Nakatomi has also won in stakes company since finished third in the Saratoga Special S. Plenty of Firing Line's rivals, launched with industrial books, could do with that kind of footprint–not to mention a $210,000 2-year-old like Oscarette, who recently won her maiden at Churchill.

Firing Line missed a juvenile Grade I by a nose, won the GIII Sunland Park Derby by 14 lengths (track record) and was beaten only by a Triple Crown winner on the first Saturday in May. He derailed in the Preakness, failed to reward perseverance with a single disappointing start at four, and was doubtless further held back by a commercially unfamiliar sire and damsire. But he was actually working with a serious genetic package: out of a Grade I-placed half-sister to the dams of two Grade I-winning milers from a line tracing to matriarchs Kamar and Square Angel.

Firing Line is in exemplary hands, but has obviously only mustered very small books so far. Breeders of sufficient imagination and adventure will surely want to explore the way he has seized such limited opportunities at this budget fee.

It has been uphill nearly all the way for this fellow, whose fee has come down yet again, but I have admired him throughout and he has had another solid year, maintaining black-type action at essentially the same ratio as Liam's Map. Few would dispute that his lauded studmate has earned his fee, which is four times higher, not least with his useful habit of hitting the bull's-eye with his best runners. It was typical of the understated style of Tonalist, in contrast, that after Country Grammer gave him a deserved Grade I breakthrough in the Hollywood Gold Cup, he promptly disappeared and has only just returned to the worktab.

Tonalist's 11 graded stakes performers through three crops represent 4.33% of named foals, almost exactly in step with Liam's Map (a dozen at a 4.17%). There are plenty of others in this intake, charging far more than Tonalist, who can't even nudge two percent.

Tonalist's books have been up and down but he does have one of 122 to keep him in the game with his 2022 yearlings, and their breeders can take heart from a median of $35,000 for the preceding crop. That's not at all bad for a sire standing at this kind of money, at this challenging stage of his career. But no bones about it, the real appeal of Tonalist is that he is shaping up as a sire who can outpunch his fee on the racetrack. Remember he reached his own peak at four and he has still only had one crop reach that stage of maturity, including his first Grade I winner.

Tonalist has always looked a quarry of old-school virtue, extending the same Toll Booth-Missy Baba line as Havre de Grace (Saint Liam) and author of 11 triple-digit Beyers in a $3.6-million career. Here was a horse that never stopped trying and breeders wanting to tap into Tapit, at an affordable fee, should take a similar approach.

Have Antony Beck and his Gainesway team pulled off what has lately come to seem nearly impossible, and found a viable niche for a young turf stallion in Kentucky?

Karakontie has only been credited with 143 named foals to date but he has mustered seven black-type winners, four in graded stakes including Princess Grace, winner of two Grade IIs, two Grade IIIs and last month placed in her debut at the elite level. With his cosmopolitan pedigree, moreover, Karakontie has pushed the boundaries in terms of racing surface, too. Another Grade II winner, None Above the Law, has scored on turf, dirt and synthetics, while Sole Volante put himself on the Derby trail in the Florida preps last year.

Their sire has meanwhile maintained a useful sale ring capacity to hit one out of the park. He sold a $310,000 colt at Keeneland September, to follow on from yearlings that raised $500,000 and $220,000 at the same auction the previous year. And he has also consolidated quietly after suffering the customary slide from a three-figure debut book to just 43 mares in his third season. He has since covered 69, 88 and 76 mares, which may not look spectacular but suggests that people noticed his early achievements–like two first-crop yearlings, $6,000 apiece, making the gate for the G1 2,000 Guineas and GI Kentucky Derby–and gives him a legitimate foothold in a notoriously hostile environment even to the most eligible of turf stallions.

And that is just what he is, remember, having made his own stellar contributions to one of the most illustrious families in the breed today–his third dam is Miesque herself, so this is the Kingmambo clan–as a Group 1 winner at two and elite miling sophomore (French Classic/Breeders' Cup winner, 110 Beyer). This is a conduit of pure class, every way you cut it, and he has shown that he will take such chances as he's given.

Having this year started just nine juveniles (four winners so far, one stakes-placed) from that small third book, he has now got over the biggest bump in his road. And I'd be interested in odds about him siring a Grade I winner before the foals he breeds this coming spring go under the hammer. Overall this is a horse that really does offer hope that he can overcome the self-destructive prejudices of commercial breeding in Kentucky.