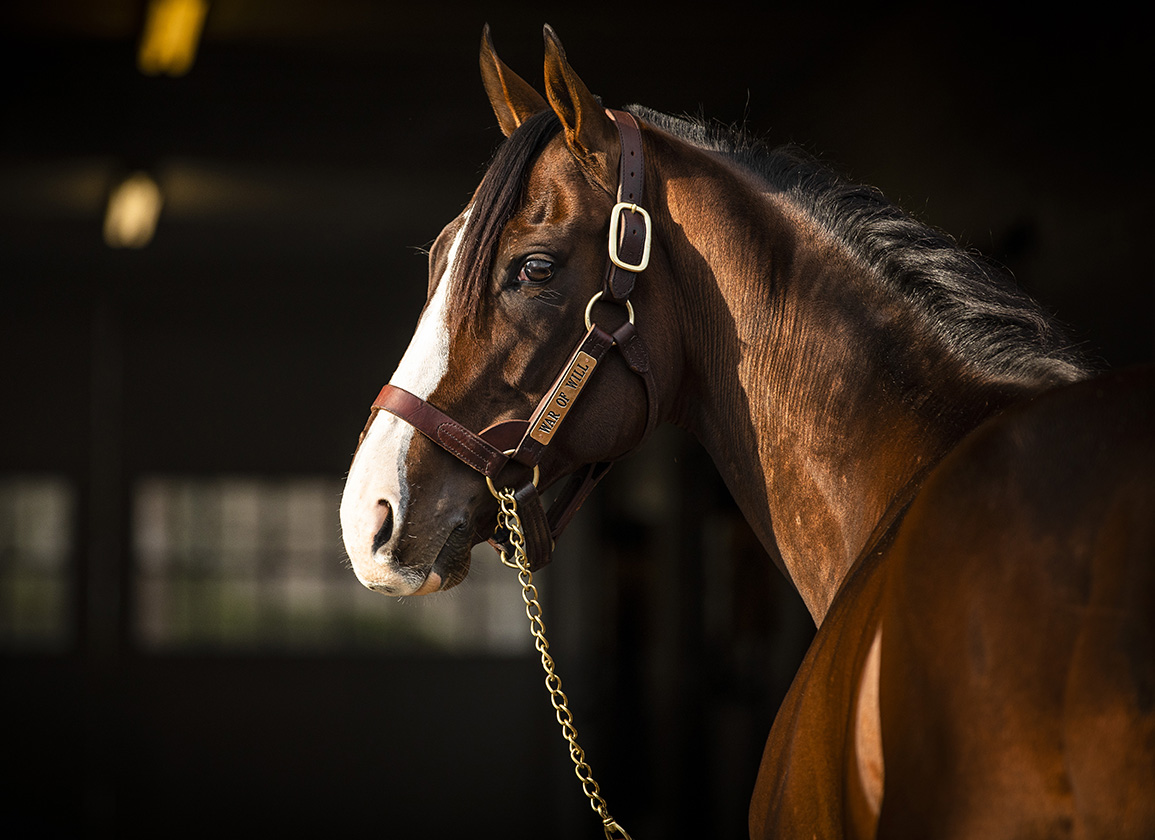 War of Will | Claiborne photo

Even last year, when doing so much to fortify breeders through the uncertainties of the pandemic, stallion farms appeared to price their rookies to squeeze the usual juice from the commercial market's greatest addiction.

That was fair enough. Nowadays farm accountants can bank only on the most fleeting of vogues in drawing up a business plan for stallion acquisitions. And nor can we sensibly expect any slack now, pending the arrival of first foals and then a debut at the weanling sales next fall. A stallion has to be in pretty obvious trouble to have his fee significantly trimmed for his second season, as a candid devaluation will be received as a blatant kick by those who were prepared to assist in getting him going.

In principle, then, not a great deal can have changed since we first sieved this group last winter. Certainly I can't imagine anyone pays the remotest attention to “covering sire” averages, which are so transparently incidental to the inherent value of such mares as randomly happen to be offered. The one new ingredient in play, then, tends to be the size of debut books.

For the vast majority, in numerical terms, the only way from here is down. As such, the covering stats do not augur terribly well for some of those we thought best value. And maddeningly, because these cycles are so self-fulfilling, it's hard to turn things round if you do struggle for early traction. A disappointing first book places a tough burden on its graduates to get you over the hump of the intervening couple of crops, which will tend to be smaller yet. So our faith in one or two, while undiminished, may not obviously yield “value” in the shorter term. If fairly priced now, at least measured by your odds of getting a runner, they are probably going to become better value yet during the next year or two.

At the other end of the spectrum, though the most expensive of the intake, Horse of the Year Authentic covered as many as 229 mares–only one fewer than the busiest stallion in the land, Goldencents. (Both, of course, are sons of Into Mischief standing alongside their champion sire at Spendthrift.) A number of other start-ups also welcomed enormous books: Vekoma 222, McKinzie 214, Instagrand 190, Thousand Words 184, Volatile 181, and Global Campaign and Improbable 177 apiece. One way or another, then, some highly eligible prospects are going to have their work cut out to match the kind of freshman headlines some of these rivals are bound to seize through sheer weight of numbers.

So between these high-water marks, and those struggling near the storm drain, where can we still seek a rising tide? Here are one or two thoughts–as subjective as ever, and with due apology to the many promising types overlooked in our more concise new format.

Bubbling under: Hard to know whether a commercial market so childishly nervous of grass influences will do adequate justice to a great opportunity in War of Will (War Front). But it's hugely encouraging that this Grade I winner on both dirt and turf, by a son of one breed-shaper out of the daughter of another, was overrun with 143 partners at $25,000: by the laudably conservative standards of his farm, an outright stampede. War of Will merits close consideration by European breeders, too, with every right to become a valuable international influence.

Vekoma (Candy Ride {Arg}) has been given a trademark Spendthrift launch with a monster book at $20,000. All farms that operate this kind of system obviously offer yearling sellers a double-edged sword, but Vekoma, from the family of Street Sense and Danehill Dancer (Ire) among others, represents a promising sire of sires and can certainly recycle a ton of speed and class. Of those who corralled such big numbers, this guy looks value to make them count–even before a friendly trim to $17,500.

One of the most controversial races in Derby history, in contrast, is struggling for commercial credibility. But you can't have it both ways: if some people have decided to punish the hapless Maximum Security (who gets a fee cut) for allegations against his trainer, then at least they should give Country House (Lookin At Lucky) due respect. As it is, he was unlucky to be denied the opportunity of authenticating his breakthrough; and nor did he then get quite the numbers he deserved when sent to Darby Dan at just $7,500. Someday, perhaps, he will finally get some overdue credit by proxy, and sire a colt to pass the Derby post first. Inbred to the Sam-Son matriarch No Class, that's something he is absolutely entitled to do and, like his sire, he remains excellent value for those of sufficiently independent outlook. 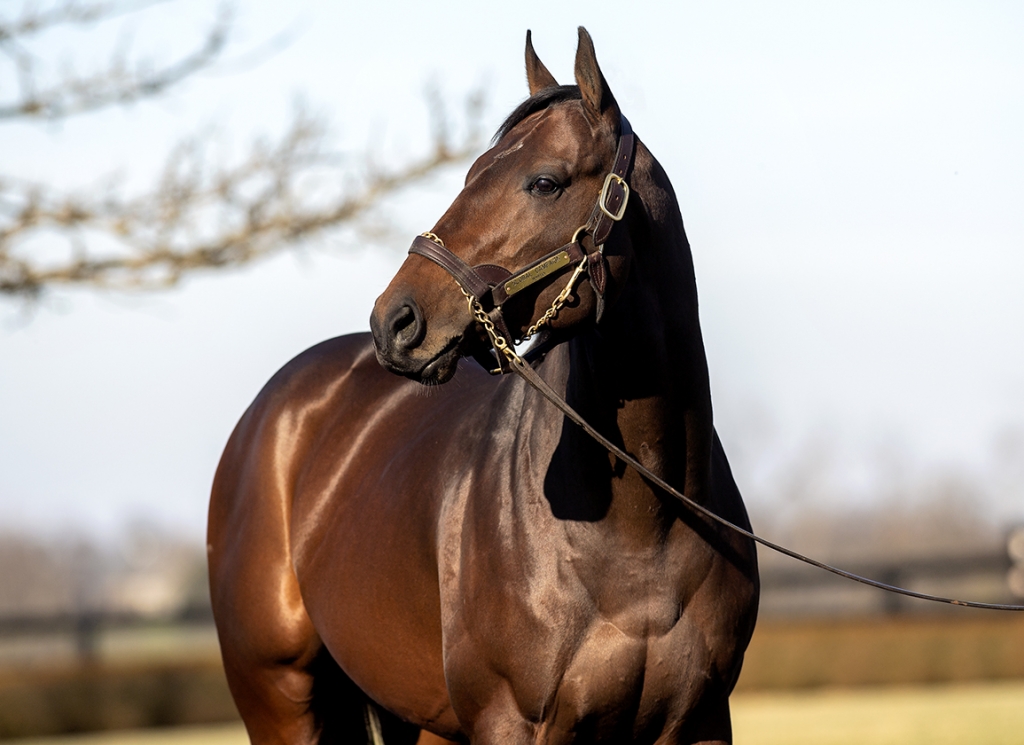 I suspect that this guy is going to prove a brisker influence in his new career than might be anticipated. Yes, he was unraced at two (albeit only by a matter of days, scoring on debut Jan. 5); and nor did he try Grade I company until his last two starts at four, when winning the Woodward and outrunning his odds for third in the Breeders' Cup Classic. But if people won't be expecting too much, too soon, from a son of Curlin whose first two dams are by A.P. Indy and Lord At War (Arg)–both, incidentally, stellar distaff influences–this is a family that can inject surprising doses of speed.

That second dam, herself a three-time graded stakes winner, is a half-sister to the dam of Zensational (Unbridled's Song), whose three Grade I sprints qualify him as the fastest son of his sire. The next dam was a half-sister to the dams of one sprinter that broke the five-furlong track record at Churchill, and of another that did the same over six furlongs (turf) at Woodbine. And of course Global Campaign's half-brother Bolt d'Oro was hardly a standard issue Medaglia d'Oro (not that there's any such thing, really) in featuring a 103 Beyer in his champion juvenile campaign. Sure enough, Global Campaign outpaced a smart sprinter in Yorkton (Speightstown) over seven furlongs at Gulfstream on his 4-year-old comeback, and I have a hunch that he didn't quite last home at the Breeders' Cup. Having controlled the tempo when winning over nine furlongs, I wonder how he might have fared given more of a chance at a mile.

Regardless, a debut book of 177 is a major leg-up, and due reward for realistic pricing. I'm not saying that Global Campaign will necessarily have loads of precocious juveniles, but expect him to achieve a viable base and then to consolidate. Factor in his fee, and he rather sets himself apart from those with even bigger books: most are more expensive, and others don't obviously match his eligibility to sire the type of horses we should all be looking for. 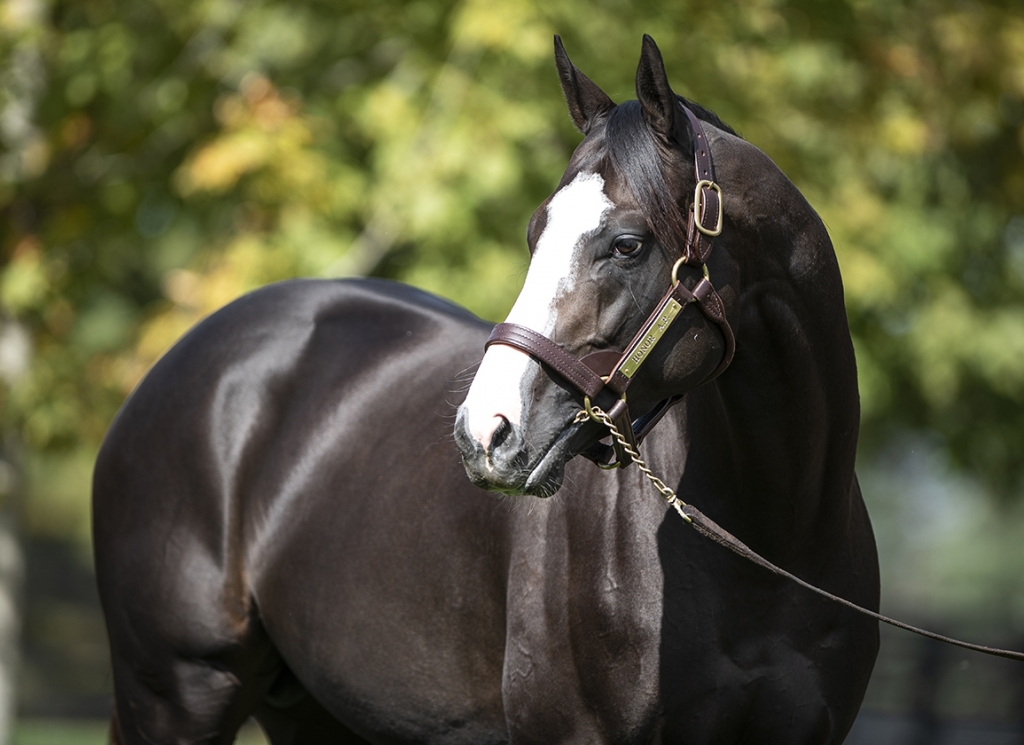 Still fantastic value, still a whole lot of racehorse for this money. And I cling stubbornly to the belief that he was as talented as any of his generation, beating the Horse of the Year on merit the only time they met properly toe-to-toe (undercooked for their first encounter; undone by a shocking trip in their third).

The only reason he doesn't retain the top step is that a book of 110, which should be ample in a sane world, may contain some that emulate their sire in only really announcing themselves round a second turn, and maybe with a little maturity too (bearing in mind that imposing physique). The book of 190 assembled by the precocious Instagrand, for instance, is presumably more likely to produce maiden winners at Keeneland's spring meet. It's possible, then, that the notoriously myopic commercial market might not grant Honor A. P. due attention until the playing field starts to level out.

Once through that crossroads, however, those who do hang in there will definitely have the last laugh. And remember that a horse this beautiful, in the meantime, almost guarantees a home run or two at the sales. Honor A. P. must have been close to the most prodigious physical of the crop, as measured by his $850,000 yearling tag; while his dam won Grade Is at two and five, a comfort in view of the way his own light career restricted wider appreciation of his talent. She has also contributed three other black-type operators to a branch of the Myrtlewood dynasty (Global Campaign, incidentally, represents another) that has been seeded pretty seamlessly by venerable Classic influences.

Honor A. P. absolutely merits fidelity, and will someday make this fee look like a gift.

How does Complexity elbow his way right through to the top of the podium? Not too complex, really. For one thing, his farewell performance in the GI Breeders' Cup Dirt Mile has obtained a fresh luster: trying to lie up with Knicks Go (Paynter) from a wide draw, through opening splits of 22.15 and 22.39 (producing a faster six furlongs than in the Sprint on the same card), has turned out to be a still tougher ask than it seemed at the time–especially round a second turn, which was probably not Complexity's true metier. This time last year, moreover, Maclean's Music was still available at $25,000. A breakout Grade I exacta this summer has doubled his fee, requiring smaller breeders to ponder his potential as a sire of sires instead. Above all, however, Complexity received no fewer than 158 mares in his debut book: as close to oversubscription as this model farm will allow.

That puts him right in the center of the conversation for the freshmen's championship. Remember he made all for his emphatic GI Champagne S. success, as indeed he had when thrashing future Grade II and stakes winners on debut in Saratoga. Complexity regrouped after a troubled sophomore campaign to be just nailed in the GI Forego S., after again sharing a wild tempo out wide, and all you need to know about his build is that Mike Ryan gave $375,000 to make him the most expensive yearling in his sire's third crop.

You can anticipate voracious pinhooking interest in his yearlings and, while the left-field sires of his first three dams get credit primarily for variegation, they do represent august lines (Bold Ruler, Bold Ruler, Never Bend). As with American Pharoah, for instance, the important thing is that the genetic cocktail is plainly functioning potently. And don't forget that Complexity's dam has also produced a GI Breeders' Cup Juvenile Fillies runner-up, and she's out of an 11-time winner who ran second at Grade II level.

This horse couldn't be in better hands and, having gained a good deal while others have more or less had to stand and wait, everything is in place to elevate the value of any investments made in him now.