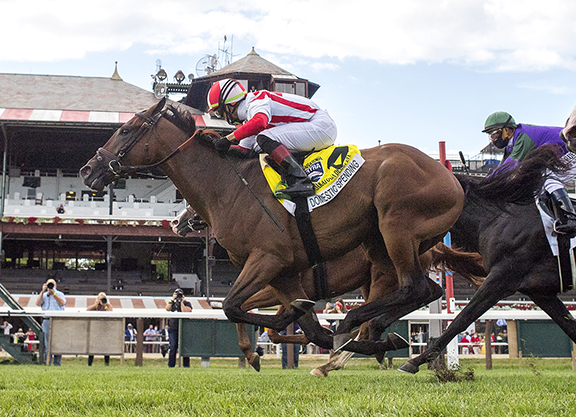 The American Graded Stakes Committee of the Thoroughbred Owners and Breeders Association released its listing of U.S. graded and listed stakes races for 2021, the results of its annual grading session conducted Dec. 15-16. A single race, the Saratoga Derby Invitational S. at Saratoga, was upgraded to Grade I status for 2021. No races were downgraded from Grade I to Grade II for 2021.

Three races were upgraded to Grade II status for 2021: the Red Smith S. at Aqueduct and Franklin-Simpson S. and Kentucky Turf Cup S. at Kentucky Downs.

Three races were downgraded from Grade II to Grade III in 2021: the Knickerbocker S. at Belmont Park and Palos Verdes S. and Las Virgenes S. at Santa Anita Park.