Home » Archive » Shared News » This Side Up: Seeking the Essence of Travers Quality

This Side Up: Seeking the Essence of Travers Quality 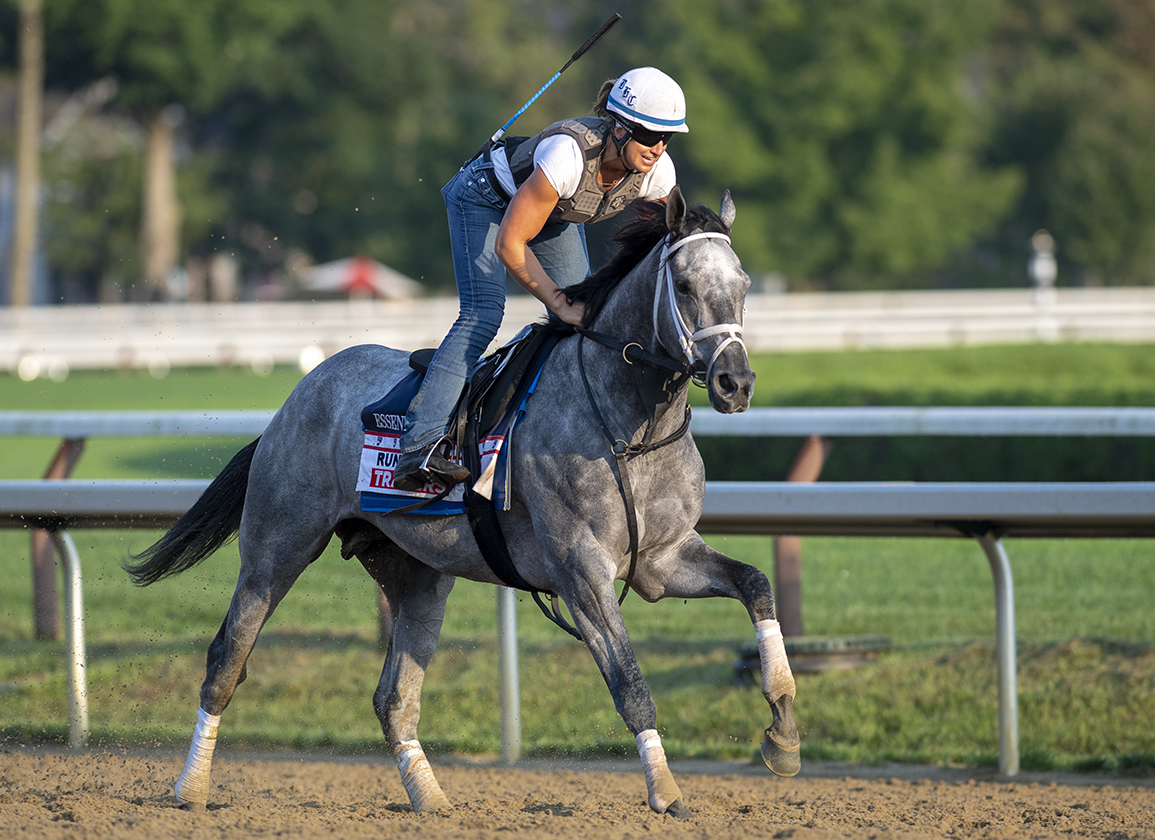 In an age that takes such relish in discovering offense where none is intended, I suppose we will eventually have to stop referring to a “Graveyard of Champions”. Never mind that most horsemen would perceive a fairly benign destiny in themselves being laid to rest in Saratoga, with the implicit likelihood of an exit–a Parting Glass, indeed–achieved by some excess of bliss or excitement. For the squeamish tastes of today, the metaphor is doubtless becoming a little too sanguinary.

Be that as it may, there's no denying that Saratoga's long history of the Onions of the breed insolently overturning its Secretariats (as though there could have been more than one of those) looms over a GI Travers S. starkly divided into the camps of Essential Quality (Tapit), on the one hand, and everybody else on the other.

Of course, the only thing about Saratoga truly inimical to a champion is its place in the calendar. So many bandwagons roll into the Spa wobbling and creaking after a long journey toward and then through the Triple Crown series, vulnerable to ambush by a fresh, improving horse like West Coast (Flatter)–who set up his divisional championship by claiming the scalps of all three Classic winners in the 2017 Travers, where they collectively ran about a furlong behind their previous best.

This year, whether because of perceived or actual deficiencies in the modern Thoroughbred, not one trainer dared to run a horse in all three legs of the Triple Crown. Essential Quality himself stood down from the GI Preakness S. after suffering his sole defeat to date at Churchill, before regrouping to win the GI Belmont S.

It was typical of the way the gray has somehow struggled to engage public affection–despite a dependability rare even among elite racehorses–that many reserved their greatest admiration that day for the plucky resistance of Hot Rod Charlie (Oxbow) after setting those historic fractions. Essential Quality has been able to meet virtually every challenge, from six furlongs to 12, he's a champion juvenile and a Classic winner–yet somehow he is felt to deploy plutocratic resources with a blue-collar modesty. He goes about his work, not with flamboyance, but with a sturdy air of duty and competence.

In the process he invites us to reflect on quite what it is we expect of our champions; what it might be, in fact, that comprises their essential quality. 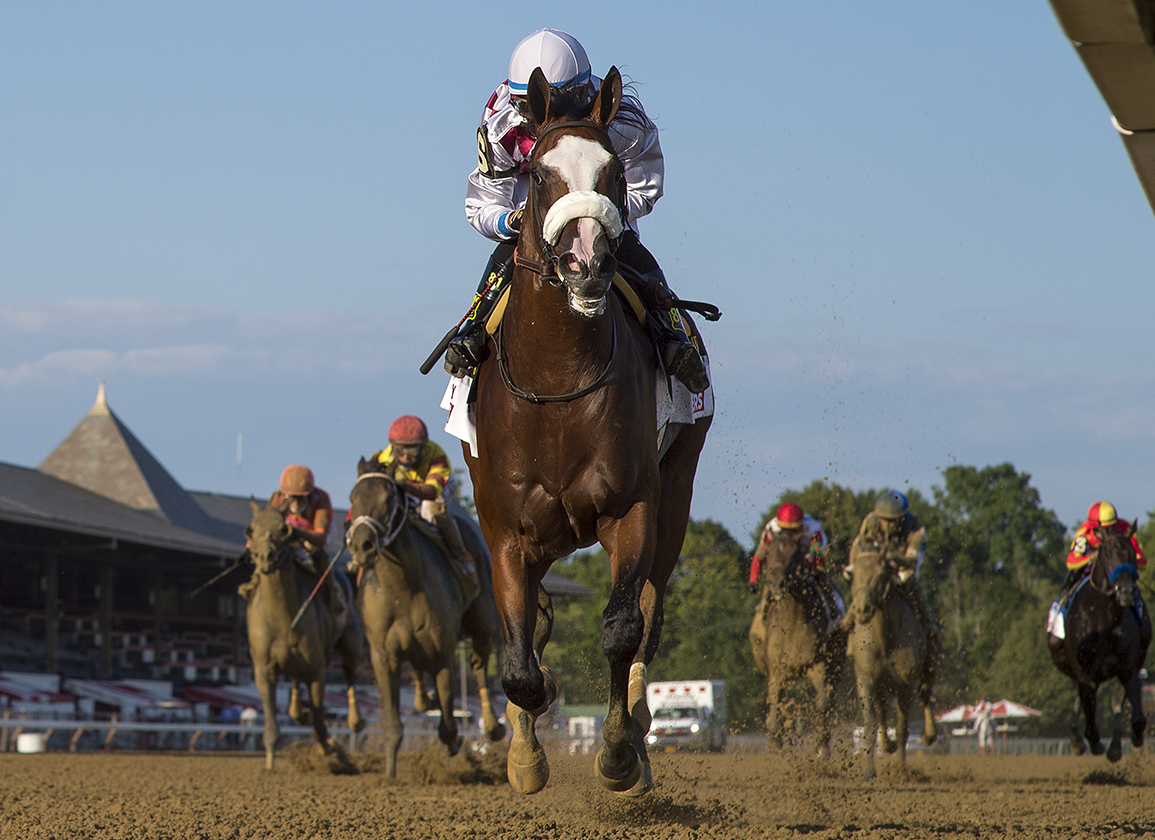 As one whose first idols raced over turf in Europe, it took time for me to understand those who vaunted their brilliance with most flair, quickening away on the bridle. Because while it was routinely asked what such horses might do, if actually asked to explore their full reach, in reality they tended to be right at that limit already. Very often those that appeared to “find” no extra, once pressure was finally applied, would be deprecated for a lack of courage–yet they had already committed all they had, precisely because of an innate competitive generosity.

In tending to resist theatricality, in contrast, metronomic achievers like Sea The Stars (Ire) (Cape Cross {Ire}) and Giant's Causeway (Storm Cat) were assumed to have bottomless reserves.

Part of what made Frankel (GB) (Galileo {Ire}) unique was the way he combined their kind of palpable commitment with an extremely extrovert style. What he showed you was astonishing, but nobody ever came away and said: “Imagine what he could do, if he was ever really asked for everything!” He functioned with a prodigious physicality, uninhibited and assertive.

That was one of the reasons I always thought he would have taken to dirt, if only he had been given the opportunity. But you don't get many Frankels on any surface. So when we consider the Travers favorite, let's not ask for the moon. Let's appreciate Essential Quality the way we did, say, Silver Charm (Silver Buck).

I remember once sitting with John Oxx, trainer of Sea The Stars, as he reflected on what set his champion apart from the herd. He suggested that there was nothing more glamorous to it than sheer constitution: a simple capacity to absorb more work than other horses. He just emptied his manger, every time; whatever his schedule, on the track or at home, he never recoiled. Aidan O'Brien always said much the same about Galileo, who was of course out of the same breed-shaping mare–and that “try” is also agreed to be a hallmark of Essential Quality's own record-breaking sire.

So while a lot of people will only finally salute this horse if he can outclass the Travers field in the swashbuckling manner of last year's winner, then don't forget that Tiz the Law (Constitution) never actually won again. If Essential Quality can just keep on keeping on, in the same undemonstrative way he won the GII Jim Dandy, then perhaps people will slowly begin to marvel at the kind of robustness that should be most prized–more than acceleration, more than swagger–in a future stallion.

After all, as we said at the outset, by the time they reach Saratoga a lot of these horses aren't so much running against each other as against their own erosion. It was ever thus. This is the 50th anniversary of the Travers won by Never Bend's half-brother Bold Reason. Whitney Tower began his report by lamenting: “It could have been a dream field: Hoist the Flag, Canonero II, Jim French, Eastern Fleet, Executioner, Unconscious, His Majesty, Dynastic, Impetuosity, Twist the Axe, Bold Reasoning and Salem… [but none] even got to the starting gate. That left the old race to Bold Reason… the only legitimate survivor of the demanding winter and spring classics.”

Some evocative names in that list! But Bold Reason had not only run third, fifth and third in the Triple Crown series. He had also won five times straight since the Belmont! And by showing breeders such exceptional mettle, he was given the chance to sire the dam of Sadler's Wells. 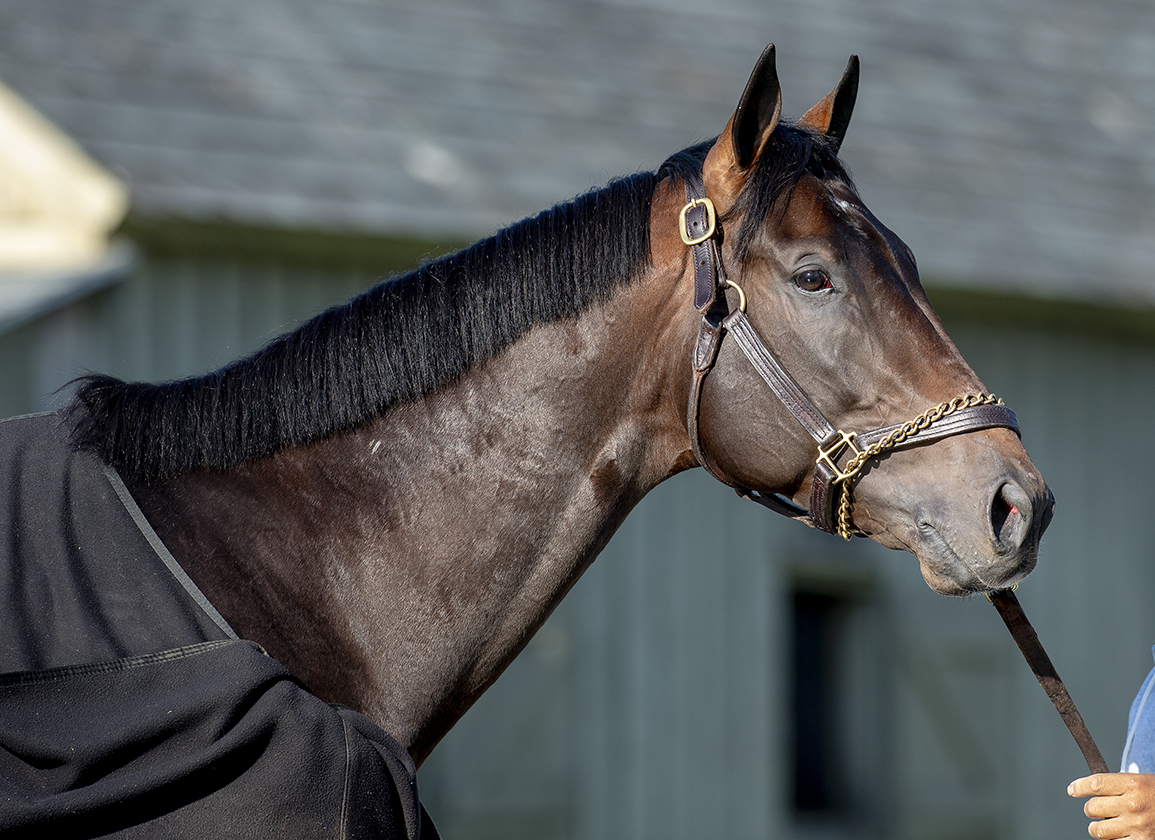 Anyhow, we'll see how the picture pivots from here. John Nerud always said that championships are made in the fall, not the spring. The world already looks very different from the moment Medina Spirit (Protonico) reached the winning post at Churchill. He resurfaces at Del Mar Sunday–but if it's charisma you want, then there has to be a possibility that his former barnmate Life Is Good (Into Mischief), facing a brutal resumption of his own against the Maclean's Music duo in the GI H. Allen Jerkens Memorial S., may yet prove the most significant runner of the whole weekend.

This race was the only one of the five Grade Is supporting the Travers already on the card before 2015. Some of us still aren't convinced by the wisdom of diluting the rest of a meet in favor of showcase days like this one. To a degree, the stated purpose of heightening focus is defeated by blurring into the background a lot of good horses and good races, which end up losing as much attention as the cards from which they have defected.

Be that as it may, there's no denying the dynamic overall impact of Martin Panza at NYRA–most commendably, perhaps, in the inauguration of the Turf Triple. Maybe his successor will prove another author of unmissable deeds, in the style of Life Is Good; or perhaps he or she will be more in the understated mold of Essential Quality. Either way, let's hope for someone equal to the challenges of an industry that has too often, of late–if we can return to the most uncomfortable of analogies–seemed to be pushing at the graveyard gate.