Home » Archive » Shared News » This Side Up: Faults On All Sides Require Fairness All Round

This Side Up: Faults On All Sides Require Fairness All Round 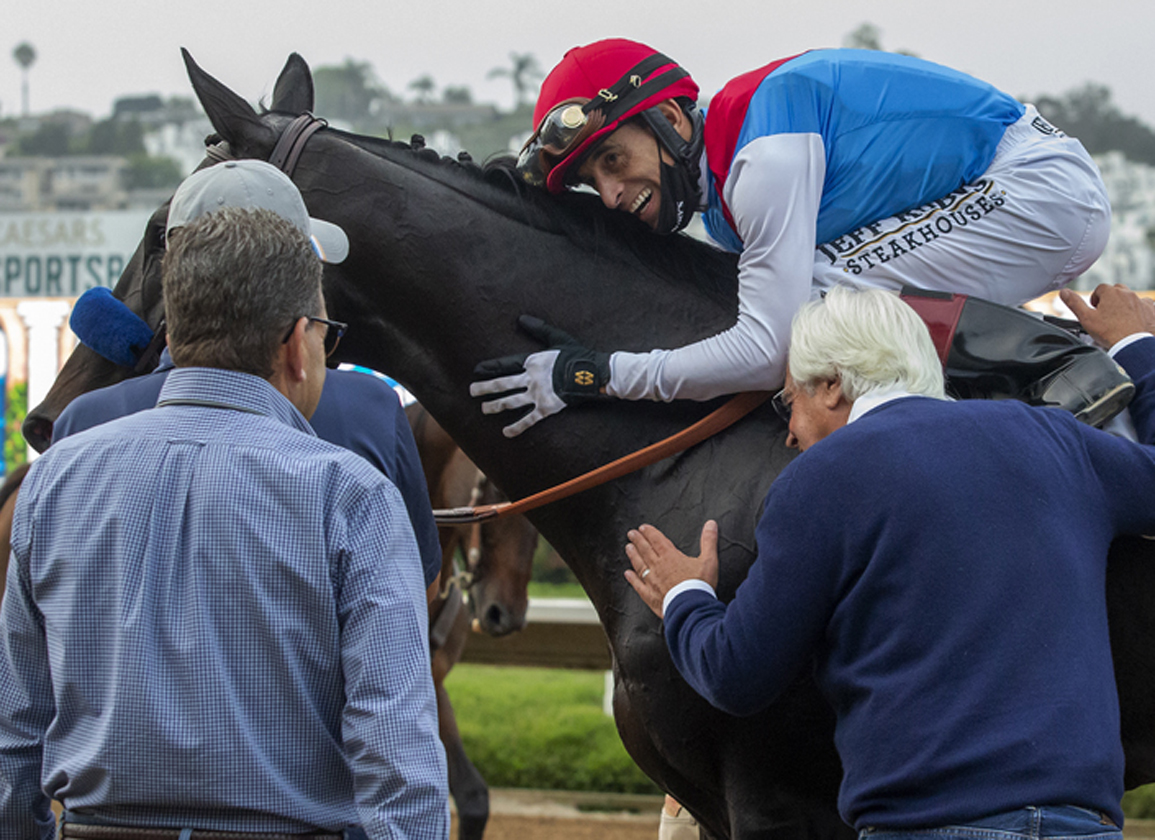 Ever get the feeling that somebody up there doesn't like us very much? Of all of the horses, in all of the world… But really it doesn't make any difference, however you interpret the tragedy of Medina Spirit (Protonico). The net result, for our community, is the same–whether you think the whole melodrama unfolded, entirely and lucklessly, at random; or was somehow determined by our own culpable behaviors. Whoever is writing these scripts, we have been cast in the same role. We are being tested. And if we don't get our lines right, we shouldn't be surprised if they turn out the lights and board up the theater.

It's a test that demands courage. That's not the same as fearlessness. Without fear, in fact, there can be no courage. And we should certainly be scared. With so many enemies out there, ever louder and better resourced, this increasingly feels like an existential crisis. That makes hysteria hard to resist, whether it takes the form of confrontation or surrender. But the kind of bravery we require now is all about staying calm, thinking clearly and, ultimately, doing the right thing.

There are no easy answers. Instinctively, however, I feel that our twin imperatives are not to yield to mob rule, on the one hand; while also, for once, not just circling our wagons.

The challenges we face reflect two endemic vices of social media: conspiracy and conflation. Conspiracy theory is rabidly resistant to rational engagement: every sheep is perceived as a slavering wolf under a bloodily stolen fleece. The habit of conflating unrelated issues is not so wild-eyed, just lazy and credulous. Both, however, nourish shrillness and anger–the principal cultural and political currency of the internet age.

Conspiracy depicts our entire industry as engaged in satanic exploitation. But conflation, whether through a lack of patience or intelligence, can't be bothered with nuance; can't be bothered with the idea that all our various travails should be judged on their individual merits. Any walk of life, says conflation with a shrug, that can present us with so many ghastly stories, one after another, is just too disgusting to be allowed to continue. Unfortunately, the Medina Spirit disaster has rendered that view more vocal than ever, and right in the middle of Main Street.

So how does conscience respond? On one level, it would seem pretty straightforward. Just as no reasonable person, away from the venomous extremes, wants society to be governed by ignorance, prejudice and rancor, so we should be able to reject those poisons directed at a community we know, in the vast majority of cases, to be utterly devoted to the horse. It must be terribly hard for those who have groomed Medina Spirit so lovingly, to have their grief over that empty bridle compounded by the vituperation of some whose professed empathy for animals will never remotely measure up to the arduous and reverent services they render daily to Thoroughbreds.

The trouble is that perceptions, shared sufficiently widely, ultimately obtain the political force of reality. If the social media wildfire ends up with millions giving our industry moral equivalence with cockfighting or bear-baiting, then there would seem limited point in persuading a rational minority that they should not bundle together, say, the allegations against Navarro and Servis with the reality that a foal can shatter a limb while cavorting innocently in a paddock. Even if we can collectively achieve the kind of self-improvement so plainly necessary, we may never retrieve the “social licence” if enough people have already taken a position that would, logically, end up with a handful of horses preserved in safari parks.

Our opinion that horses will never make good housepets feels like an informed one. But let's say that we accept, and strive to meet, far more exacting terms for the conscionable use of horses for any kind of sport. In the meantime, do we have to go out and meet halfway people we consider to be wholly wrongheaded? Do we, as a matter of sheer pragmatism, abandon other precious precepts, simply to be allowed to continue doing business?

That may sound a woolly question. But isn't that pretty much where we find ourselves with Bob Baffert? Because if we expect a fair hearing, as an industry, then surely we have to remain scrupulous in applying the same standards ourselves. However vexing Baffert's serial provocations, we can't just say: “Look, we don't care whether you have just been fantastically unlucky, or culpably inattentive, or something far worse. You have now become so tiresome that you simply have to go away.”

If jurisdiction can be established and due process is observed then, sure, Baffert should expect to pay a proportionate price for individual and indeed cumulative infractions. But you can't respond to the harrowing denouement of the Medina Spirit saga by exchanging the principles of equity for lynch-mob standards of evidence.

In such a gale of hatred, it takes a degree of courage to keep weighing probabilities fairly, keep heeding the science. But exactly the same nerve and dispassion will also be required to tackle any whose idea of fairness is for people just to back off their buddy Bob, simply because he may have favored them with his stardust, his charm, above all his professional success.

As we know, some very powerful patrons already appear to have taken the view that Baffert is responsible for enough damage to the sport for them to feel obliged to take their business elsewhere. However innocent the circumstances in which Medina Spirit has been added to the list not only of Baffert violations, but now also to that of Baffert fatalities, maybe the kind of ratios that wouldn't in themselves support a regulatory prohibition are sufficient for the market to apply a less exacting standard of evidence.

Would that be a form of mob rule? Or wouldn't it actually represent an informed judgement? Not necessarily of an individual horseman, but of the extremely perilous situation in which all horsemen find themselves. For the courage we need most urgently, now, is in acknowledging that some of the generalized charges against our entire community are actually pretty fair. Because anyone still in denial about our sport's ongoing failures must accept a share of responsibility for those. And, to that extent, it's by no means unfair even for those who “know nothing” about what we do to conflate all the various headlines that have done us so much damage over the past two or three years. Why shouldn't outsiders make such angry inferences, when they see such willing complicity among those of us who “really understand” the business?

Far more egregious offenses than have ever been suspected of Baffert remain incorrigibly indulged. We see programs in plain sight that cannot be coherently explained, other than by flagrant cheating; and we don't necessarily mean only “juicy” improvement in certain blue-collar claims on certain blue-collar circuits.

Meanwhile we see non-racing states cynically harnessed to stand up for horsemen's constitutional right to bear syringes. And of course we see hundreds of mares bred to stallions with the flimsiest credentials, while others that might recycle soundness and constitution are neglected as somehow “uncommercial.”

Doubtless some of those who profit from dubious training programs will only discover a dormant capacity for moral indignation if the stallions graduating from any given barn start to be received with due scepticism by breeders. All that glisters, remember, may not be genetic gold. But that would be doing the right thing for the wrong reason. Cowardly, in other words. And now, as we said, is the time to show some moral courage. Time to be fair to everyone–including our critics.