Home » Archive » Shared News » This Side Up: Don't Make Them Like That Anymore

This Side Up: Don't Make Them Like That Anymore 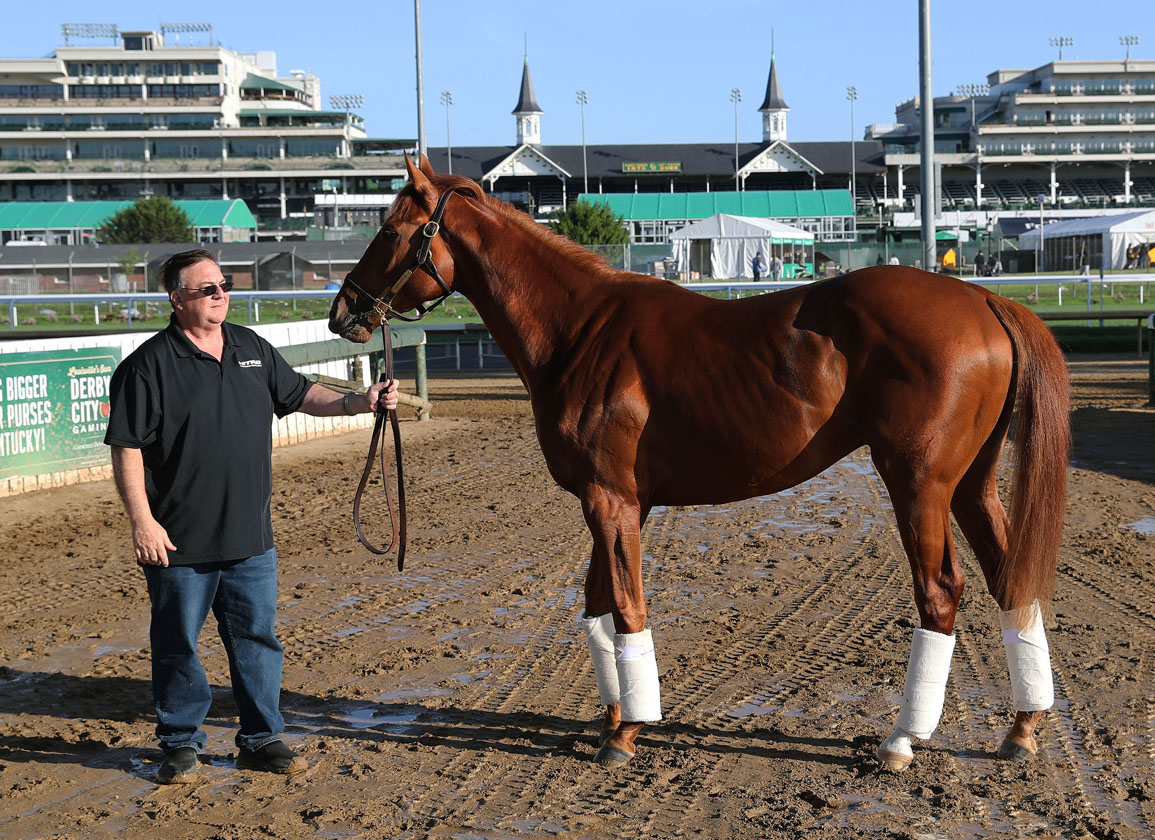 Well, I guess it's precisely because the protagonists aren't used to the limelight that everybody has so enjoyed their arrival at center stage. But they have quickly learned that once there, with everyone hanging on your every word, you had better know your script.

In the excitement of his success, under one of the most remarkable rides in GI Kentucky Derby history, connections of Rich Strike (Keen Ice) told everyone that they had the previous morning been reconciled to instead contesting the GIII Peter Pan S. at Belmont this weekend. But they are now claiming that they were actually targeting the GI Preakness S.–and that spacing out his races was always their priority.

(Click the arrow below to listen to this column as a podcast.)

Their strategies and pretexts for ultimately missing the Preakness are entirely their own business. Nonetheless it's vexing that those who want to spread out the Triple Crown series, having been effectively muted by American Pharoah and Justify, now feel emboldened to put their heads back over the parapet. Colleague Bill Finley masterfully disposed of this myopic and really rather decadent lobby in Friday's edition, and I would merely add that the Rich Strike decision is particularly disappointing in view of the miles he has on the clock. Because however little else he brought to the Derby, he did have more “bottom” (eight starts) than any other runner bar the obvious herbivore Tiz the Bomb (Hit It a Bomb) (nine).

By modern standards, runner-up Epicenter (Not This Time) had also laid fairly solid foundations, especially compared with the raw Zandon (Upstart) who seemed to hit a wall after the race had set up perfectly. True, he graduated from a race that nowadays serves the prejudices of modern trainers to the extent of granting them an extra week, but remember the GII Louisiana Derby also trades that concession for extra distance. The race produced four of the first six past the post last year, and once again it has proved a major bonus to have run a mile and three-sixteenths before the first Saturday in May. 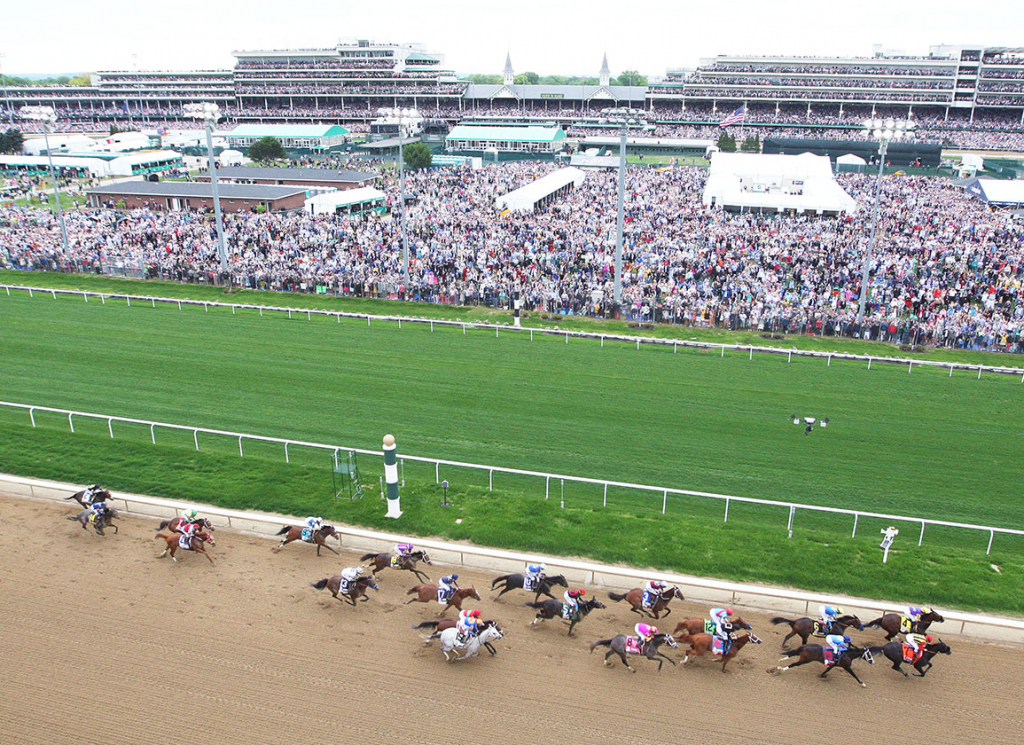 Rich Strike was nowhere near the Derby's hot pace | Coady

Epicenter's perseverance, after contributing to the pace meltdown, indicates courage as exceptional as talent. Whether he can himself absorb such an exacting effort inside two weeks remains to be seen. Here, after all my complaints about the two-dimensional nature of the modern Derby, was a horse ideally equipped to boss the kind of procession we have seen so often since the points system eliminated sprint speed–only to hit the first pace implosion since Orb in 2013 (paradoxically, the first year of gate points).

Be all that as it may, we can't pretend that Rich Strike would have been an especially obvious fancy had he instead rolled up for the Peter Pan. Just try to restore his spectral presence, from that parallel world he fleetingly inhabited eight days ago, into the field that does assemble at Belmont on Saturday–potentially, in some cases, with a view to instead beating him back at the same track next month. Really, the exercise doesn't feel so different from the moment he suddenly appeared along the rail at Churchill: the ghost runner, the puzzling silks in the post parade, the impostor who seemed merely a ceremonial, three-dimensional representation of the horse scratched by D. Wayne Lukas.

So much for my hunch that the Coach might yet have a say in the Derby, despite having reserved what may yet prove the best sophomore of the crop to the company of her own sex. In the event, it became a tale of two substitutes, his brilliant filly's proxy Ethereal Road (Quality Road) crucially ceding his spot to this interloper.

Nobody in the modern era has put more “bottom” into a horse than Lukas, and the taxing race she endured under a fairly witless ride in that GI Arkansas Derby experiment not only set up Secret Oath (Arrogate) to dominate a vintage field for the GI Longines Kentucky Oaks but will also, surely, steel her for her imminent next encounter with colts. 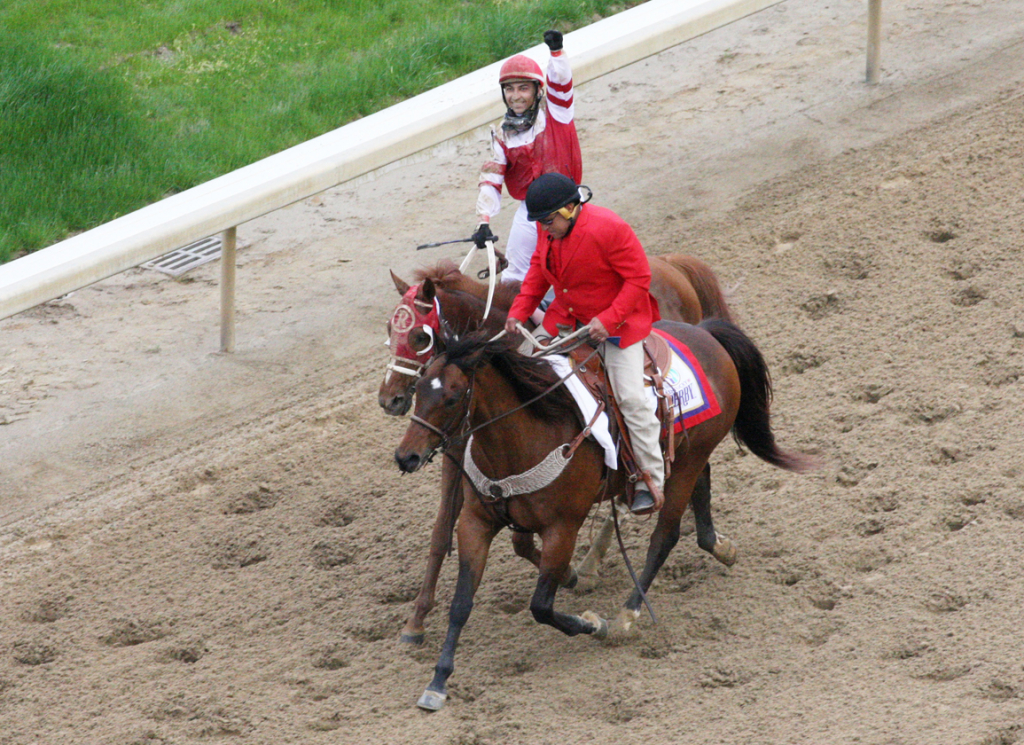 The defection from that showdown of a fairytale Derby winner does deprive our sport of an opportunity to redeem much of the public distaste we have collectively invited over the past two or three years. The Preakness had offered to bring together two very different phoenixes: one rising from the pyre of age and fashion, his genius gleaming bright as ever; the other literally from the flames, an inferno having consumed 23 horses in as harrowing a nightmare as any horseman could imagine.

But the Rich Strike team are clearly going to follow their own narrative. Everybody else presumed that he didn't really belong in the Derby; and now they have decided, contrary to the outside consensus, that he doesn't belong in the Preakness. Again, it's their prerogative to do as they please. But the Triple Crown gods had cast them in pretty compelling roles, and I'm not sure anyone should want to start meddling with a plot of such momentum and coherence. They can flatter themselves that he was only primed to seize his moment last weekend because of their own calculation, but they do have to credit somebody up there with an assist.

Everything we do with horses, of course, combines luck as well as judgement. That's certainly true of breeding, and it may be no more than a striking coincidence that both Secret Oath and Rich Strike appear to have hewn their physical competence for the Classics, these most demanding examinations of the adolescent Thoroughbred, from genetic foundations assembled with an exceptional eye on reinforcement.

Secret Oath is pegged down at every corner by the great Aspidistra. Damsire Quiet American is famously inbred as close as 3×2 to Aspidistra's son Dr. Fager, in both cases moreover through a mating with a daughter of another matriarch in Cequillo. Secret Oath's second dam is by Great Above, a son of Aspidistra's Hall of Fame daughter Ta Wee. And Arrogate's grandsire Unbridled also brings in Aspidistra, as fourth dam; besides being (like Quiet American) a son of Fappiano, himself out of a Dr. Fager mare.

As we discussed in Tuesday's edition, Rich Strike's pedigree is also conspicuous for doubling down on venerable influences. His sire is a grandson of his own damsire, Smart Strike, while his third dam is by a full-brother to Smart Strike's sire Mr. Prospector. Keen Ice himself, meanwhile, duplicates the broodmare sire legend Deputy Minister 3×3. And his fourth dam Chic Shirine is by Mr. Prospector. 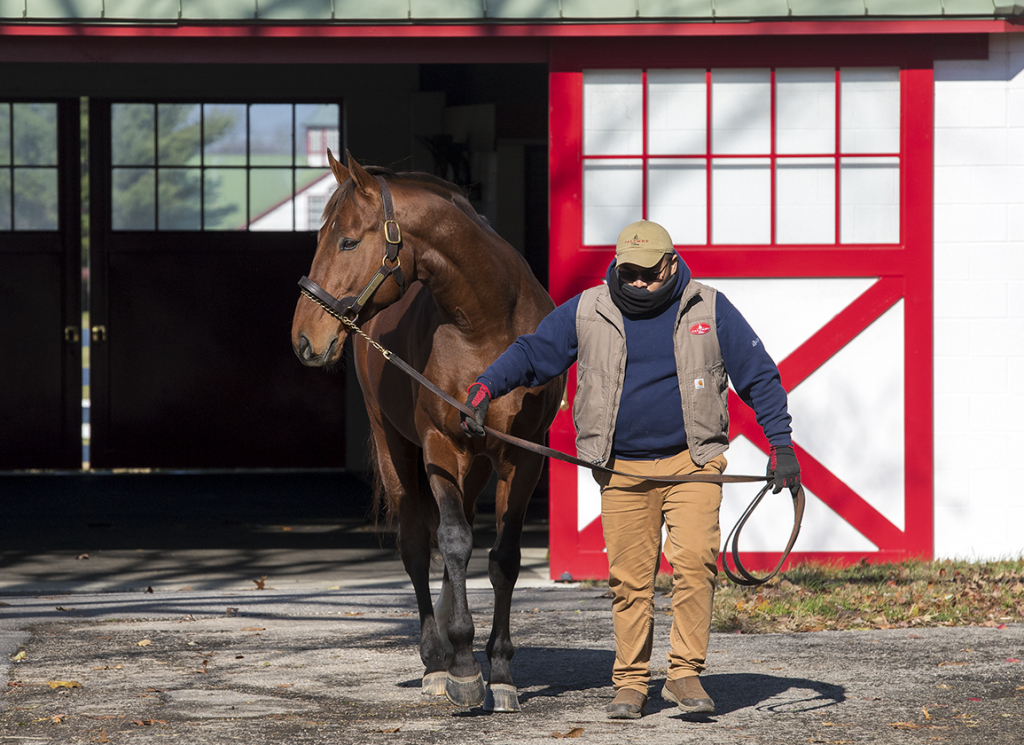 Keen Ice's family–tracing to the 1962 Epsom Oaks winner Monade (Fr), imported by King Ranch–was developed through five generations by Emory Hamilton. We would have no Rich Strike, then, without the parallel human and equine dynasties going through her mother Helen Groves, that wonderfully vital connection to the Old West whose unique spark was finally extinguished this week at 94. They simply don't make them like “Helenita” anymore. In fact, I'm not sure they can have done previously, either.

I doubt that the fearless cowgirl would be terribly impressed by anyone turning down the opportunity to emulate Assault, who won the Triple Crown for King Ranch in 1946. She never forgot that Preakness Ball, full of demobbed servicemen and an infectious optimism, as a 19-year-old college student.

Assault, incidentally, won the Dwyer S. two weeks after the Belmont. That was his sixth win in nine weeks. (Nothing compared to Citation, of course, who two years later also landed the Triple Crown in winning 19 of 20 sophomore starts.) Sadly, infertility prevented Assault passing on that constitution, but that's what we're looking for in Triple Crown horses, and that's why it is set up as it is. It's how their predecessors keep the horsemen of today honest.

Last year not one horse lined up for all three legs. That may reflect on modern breeding, or merely the perceptions of modern trainers. Either way, it's obvious what needs reform–and, even more obviously, it isn't the Triple Crown.