Home » Archive » Shared News » This Side Up: A Warning Flare Illuminates Empress Bid

This Side Up: A Warning Flare Illuminates Empress Bid 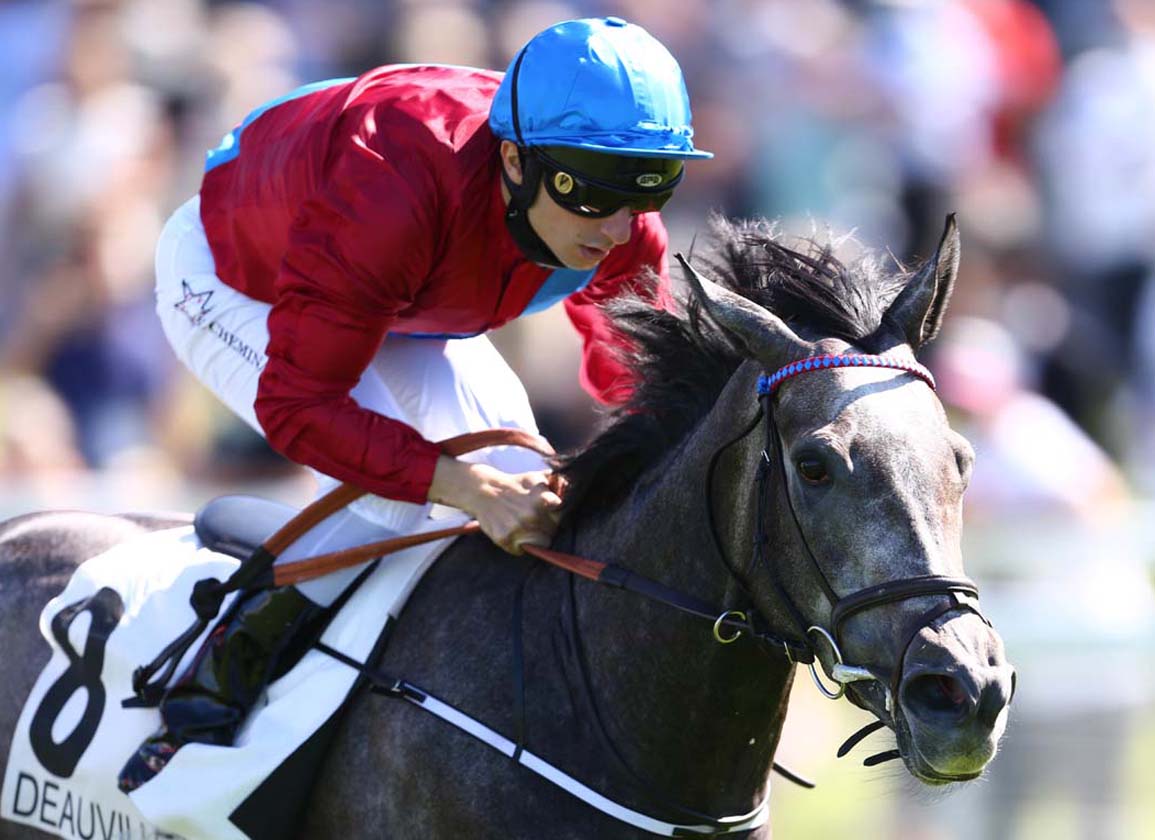 Nobody in our community is more eligible than Ted Bassett to say that he has seen it all before, but something will be attempted Saturday that falls outside even the long experience encompassed by his 100th birthday in just a few days' time. For a Keeneland showpiece that Mr. Bassett helped to inaugurate in 1984, as host to the lady for whom it was named, could well present one of her subjects with the opportunity to complete a unique double.

First, in the backyard of Windsor Castle, William Haggas saddles the unbeaten star of his Newmarket stable, Baaeed (GB) (Sea The Stars {Ire}), in the G1 Queen Elizabeth II S. at Ascot. Then, just a few hours later, he will see whether Cloudy Dawn (Ire) (Kodiac {GB}) can export the GI Queen Elizabeth II Challenge Cup.

Be in no doubt, an elite prize on either side of the ocean–both honoring one of the patrons of his own yard–is a day's work well within the reach of one of the premier English trainers of his generation. Two weeks ago, Haggas sent out eight winners at five different tracks in one afternoon. That might seem a relatively feasible endeavor in the American system, Jeff Runco having saddled seven state-bred winners on a single card at Charles Town only last week, but it is thought to be unprecedented in Britain. Regardless, you can judge the precision with which Haggas places his horses from the last time he sent Cloudy Dawn into action, at Deauville in August. She was first of four winners either side of the English Channel within 40 minutes, three at Group level, at cumulative odds of 4,252-to-1.

This upgrade for Cloudy Dawn duly implies that her progress must be ongoing. But a race so hospitable to the strengths of European raiders, true to the diplomatic spirit of its creation, also features one whose campaigning invites horsemen on both sides of the water to ponder their collective management of the breed.

For it was only last Saturday that Empress Josephine (Ire) (Galileo {Ire}) finished strongly for third in the GI First Lady S. This same formula worked for Ballydoyle 10 years ago with another daughter of Galileo, Together (Ire), who similarly finished strongly for a podium against her seniors before wheeling back to beat fellow sophomores the following weekend. (And Together, moreover, had run in a Group 1 at Newmarket just two weeks before the First Lady.) 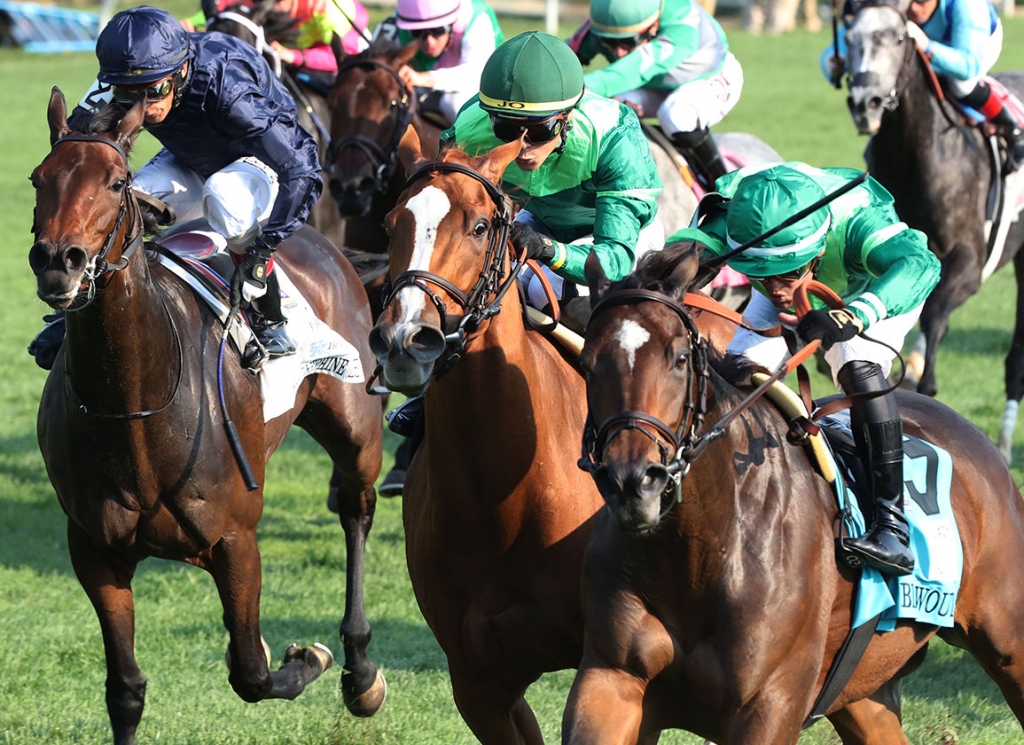 Now this kind of thing has long been a familiar trademark of their record-breaking trainer, Aidan O'Brien. Partly, no doubt, that has been a luxury of his status as primarily a private trainer. Federico Tesio, who was similarly in the business of proving stock for breeding, ruthlessly diverted even elite animals to the service of their workmates as soon as he felt he had established their ceiling. And O'Brien has always said that his employers–renouncing the nervous protection of reputations that once inhibited so many commercial operations–urge him to use the Ballydoyle talent pool as a means of drawing out its deepest genetic resources. John Magnier had plainly decided that the cyclical, dynastic nature of breeding made it a better play, in the long term, to be sure what you had.

As a result, O'Brien has been able to produce breeding stock that repeats its brilliance because it's encased in corresponding hardiness. The most celebrated example among stallions he has made is Giant's Causeway, whose ferrous qualities were such that the aggregate winning distance across his last eight starts–five as winner, three times as runner-up, over different distances and surfaces but all at Group 1/Grade I level–was barely a couple of lengths. But O'Brien has frequently hammered wonderful careers out of fillies, too, by plunging them unsparingly into the forge.

That of Peeping Fawn (Danehill), for instance, was compressed between April and August of her sophomore campaign, and included four starts in maidens. Eleven days after the last of those, she ran third in the G1 Irish 1,000 Guineas–and then second in another Classic, over half a mile farther at Epsom, just FIVE days after that. Time for a break? Forget it. Later that month she was launched on a spree of four Group 1 wins, each more impressive than the last, within 54 days.

All horses are different, naturally, and a genius like O'Brien will clearly tailor his methods to their individual needs. And being totally ignorant of what makes Malathaat (Curlin) tick, for instance, it would be invidious to rebuke her Halley's Comet schedule. In broader terms, however, I think we are all entitled to regret those changes in either the breed or training methods, or both, that nowadays inhibit the way racehorses are campaigned. 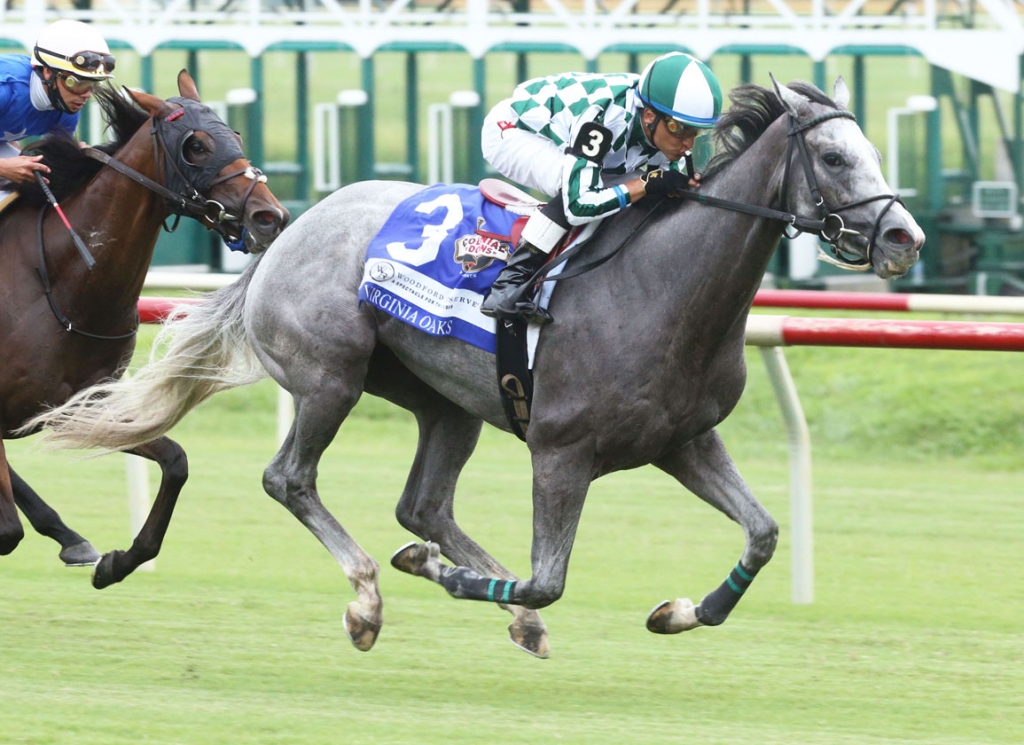 We owe nearly all the copper-bottomed influences in postwar American pedigrees to an old school testing of their genetic selection for the kind of robust constitution required to carry speed. Hail to Reason's career notoriously derailed in its first September, but he had already made 18 starts. Nashua won a maiden on debut, in May, and was contesting his second stakes 14 days later.

John Williams, such a precious and enlightening conduit of the best old lore, has always said that this horse was his physical paragon. John will tell you that just looking at Nashua's shoe, even as an ageing stallion, would explain how he had sustained a juvenile championship, 2-1-1 finishes in the Triple Crown, and a Jockey Club Gold Cup over four seconds faster than his first. Eddie Arcaro once told John how he was wondering what to say as Nashua returned from one of his occasional dud works, but before he could say a word Sunny Jim Fitzsimmons had sent him straight back out to do it again. This time Nashua put in a bullet, and he won the Wood Memorial three days later.

Now you may say that it would be reckless to train horses like that today. But I'm not sure O'Brien would agree with you and, if the Thoroughbred really is less resilient today, then that may well reflect a far more culpable recklessness among breeders.

Earlier this week colleague Emma Berry broke the story in TDN Europe that G1 2,000 Guineas and G1 St James's Palace S. winner Poetic Flare (Ire) (Dawn Approach {Ire})–who this spring contested three Classics in 22 days–has been acquired to stand in Japan. Poetic Flare, remember, was bred and trained by Jim Bolger, once mentor to the young O'Brien. And you can be sure Bolger approves what his former protégé is doing with Empress Josephine, as another 2021 Classic winner from the same school of Irish horsemanship.

As a stud prospect, Poetic Flare offered precisely what we need to staunch the genetic losses being suffered by the breed today. Unfortunately, however, European commercial breeders have unanimously written off his sire and none of them, despite the evidence before their eyes, appears to accept that worthwhile strains in a pedigree might filter through regardless. (Ironic, really, when Poetic Flare satisfies the Galileo-Danehill blend they hold so sacred.)

Maybe an imaginative farm in Kentucky might have taken a chance with Poetic Flare, but the environment there would have been no less wholesome. Despite the vogue for importing yearlings from Tattersalls, everyone can see how hard it is even for proven turf stallions, never mind extremely credible new ones, to get commercial traction in the domestic yearling market. 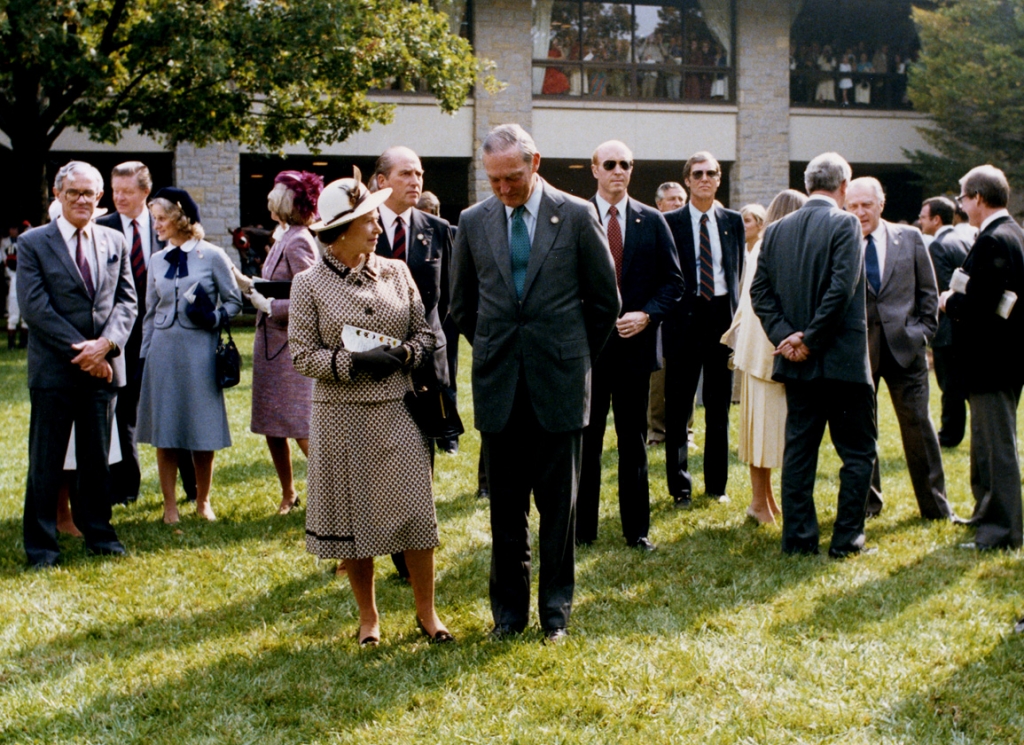 Once again, then, the Japanese have been able to consolidate a program that will eventually leave the transatlantic gene pools to repent, too late, of their disastrous recent schism. One keen observer of the breed will surely not need reminding of what has been lost as a result. During the war her father bred a filly named Knight's Daughter, who was exported to Claiborne and a couple of years later delivered a Princequillo colt. His name was Round Table, and he won just the 43 of 66 starts.

By the same token, then, perhaps The Queen will also be glad to see a daughter of Tapit in the Keeneland race run in her name. The Gainesway phenomenon has been given mysteriously little opportunity in Europe, despite a dazzling winner of the historic Cambridgeshire H. from a very small sample of runners. Tapit's stock actually has a pretty respectable record on turf in the U.S., bearing in mind that it's an option typically only even tried for horses appearing short of ability on the main track. Certainly Flippant has been thriving on the grass, and we wish her connections well in a race they would prize dearly.

We can't all benefit from the length of perspective shared by Mr. Bassett and The Queen of England, now approaching a combined 195 years. But maybe Empress Josephine or Flippant, between them, can at least get a few people to see a slightly bigger picture.