Home » Archive » Shared News » The Week In Review: For Syndicate Partners, What's In A Name (Or Ten)?

The Week In Review: For Syndicate Partners, What's In A Name (Or Ten)? 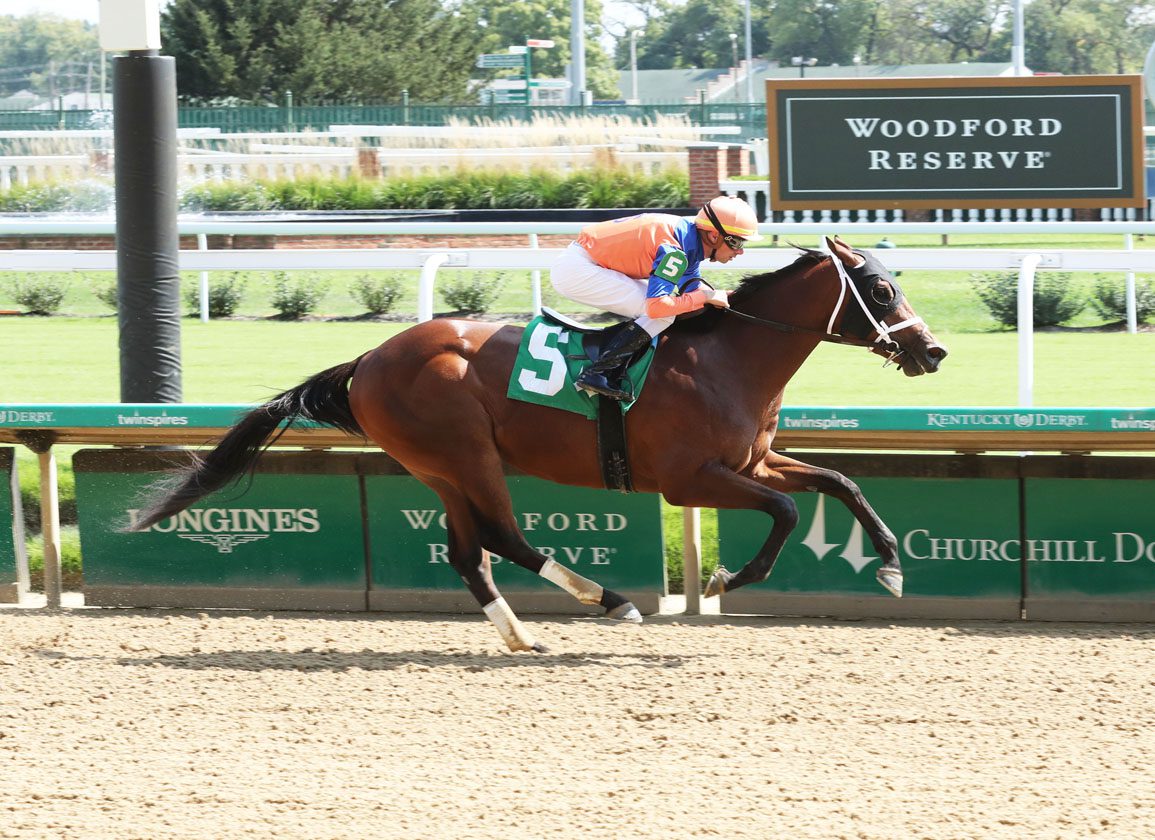 Right now within TDN's Top 12 rankings for the GI Kentucky Derby, seven horses are owned by multiple-entity partnerships. One syndicate maxes out at 10 individual owners, another at eight.

If the horses from those larger partnerships (or other syndicates-there are plenty of them and they are growing in number worldwide) make it into the Derby field, they won't have to worry about getting the satisfaction and distinction of seeing their names in print as owners. But that's only because as a courtesy, Churchill Downs takes the extra step of hiring a graphic designer to rework the traditional program page for America's most historic and important horse race so that no owner of a Derby runner gets left out.

Technically, that practice is at odds with a Kentucky regulation that limits the number of individual owners who can appear on the printed program page to five. At a meeting last week of the rules committee of the Kentucky Horse Racing Commission (KHRC), commission staffers and industry stakeholders tried to take a first pass at updating that rule so that every member of a syndicate (or at least more of them) might get recognized as listed owners in all Kentucky races, not just on Derby day.

“I've been approached by several ownership groups that we make room for more names,” said KHRC commissioner Charlie O'Connor. “As syndicate groups in this country are becoming a big deal, [people] who invest their money in the horse business want to see their name on a program.

“These ownership groups and syndicates are spending a large amount of money in Keeneland and Fasig-Tipton and all the sales houses around the world, and I think it's a fair thing for them to ask for their name to be on the program, and I think that we should be able to accommodate it without any huge, big issues,” O'Connor said.

Others in on the discussion thought so too. But it turns out there are practicality limitations and potential unintended consequences that come into play if the KHRC paves the way for more individuals to get inked into ownership lines.

As for the existing rule itself, KHRC chief state steward Barbara Borden explained it this way: “Currently, our regulation says more than five individual persons shall not be licensed as owners of a single horse. That's why we have limited the number on the program to five. It goes on to say if more than five individual persons own interests, then they shall name one person to be the licensed representative.” 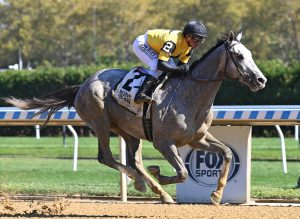 Still, even within that parameter of five, the ownership line on a Kentucky program does get crowded. Several stakeholders at the meeting referenced the trouble being related to a 200-character limit that is a requirement of the Equibase system. The number for that data field was selected some time ago, well before the proliferation of partnerships in roughly the past decade, and it was once reasonable to assume every ownership entity would fit within that amount of space.

But that equates to just 40 characters per syndicate member if five owners are listed, and even then, to make everything fit, the characters are often squished together without spacing to the point where, as Borden said, the line is “illegible” to anyone trying to decipher the program.

“Part of the problem is two things,” Borden said. “First of all, the owners that want to see their names, they might know their name is on the program. But you can't read it, and neither can anyone else. And the other thing is, the reason we put the ownership on the program to begin with, is for public disclosure. So if it's not legible because we have too many names or the font is too small or whatever, we're defeating our purpose of listing the owners at all.”

Frank Jones, Jr., a KHRC commissioner who chairs the rules committee, wondered if it would be feasible to include a “side document” in the program that would fit all the names in full, while the program page itself got printed in a less cluttered way.

Anna Seitz, who works with Fasig-Tipton and with international syndicates, said that in Australia, “they list all the names. They just do smaller fonts. I know it makes a huge difference. Those owners, that's part of the reason they buy in, because they want their name on there.”

Gary Palmisano, Jr., the executive director of racing for Churchill Downs, Inc., said his company is “all for” syndicates. “But just understand that it is space-limited” and the issue is a “bigger-picture problem” than just learning to deal with the limitations of 200 characters.

“We live this every year with the Derby,” Palmisano said. “Obviously, in the Derby, every owner partnership wants to see their names. Equibase currently doesn't have the capability of putting in more than 200 characters. So we have to physically, manually, white-out portions of the owner [line, and then string together] the text, and try to put it in [with everyone listed].”

But if the rule got changed to list more owners, Palmisano cautioned, “tracks every single day are going to have to have a graphics design person, as we do for the Derby, [to] recreate the program line. [That task] is certainly something that takes our team, manually, a lot of time to do for the Derby program.”

O'Connor said 10 names might be the sweet spot, because he's seeing many partnerships now constructed at the 10% buy-in level aiming for 10 syndicate members.

Borden said that brings up another issue related to disclosure.

“This takes us back two years ago when we had partnership forms, which we no longer require,” Borden said. “Every syndicate would have to report to us all the participants in the syndicate.”

While the partnership forms might raise the unwelcome prospect of more paperwork for everyone involved, Borden said there is an upside to those forms that relates to better transparency.

“We currently don't always know the exact ownership of every horse, so that would probably be a bonus for us,” Borden said. “But it would entail us being advised of all the ownership and the [percentages each entity owns].”

But, Borden said, no matter what expanded number the rule night eventually state, common sense inevitably has to intervene. 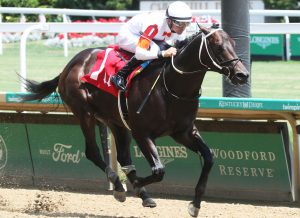 Keeneland's vice president of racing, Gatewood Bell, raised another potential red flag related to numerous owners being listed: Although Kentucky has recently loosened its rules regarding coupled mutuel entries in an attempt to bolster field sizes, a single owner still can't run two horses in the same race if it excludes another owner's horse from getting in. So what if one individual was a small-percentage owner in one syndicate and owned another horse either outright or as part of a second partnership? How would preference be fairly determined?

“You wouldn't want to discourage the owners from joining these syndicates and also having horses on their own,” Bell said.

Borden pointed out that any overlapping ownership in a single race, even a tiny percentage, still counts as an owner having an interest in two horses.

The committee ended up not proposing or voting on any rule change. Jones, the committee chair, said the entire issue needed more study, but that it would likely be brought up again in the near future.

“The more you listen, the more you see how complicated a problem this could become,” Jones admitted.