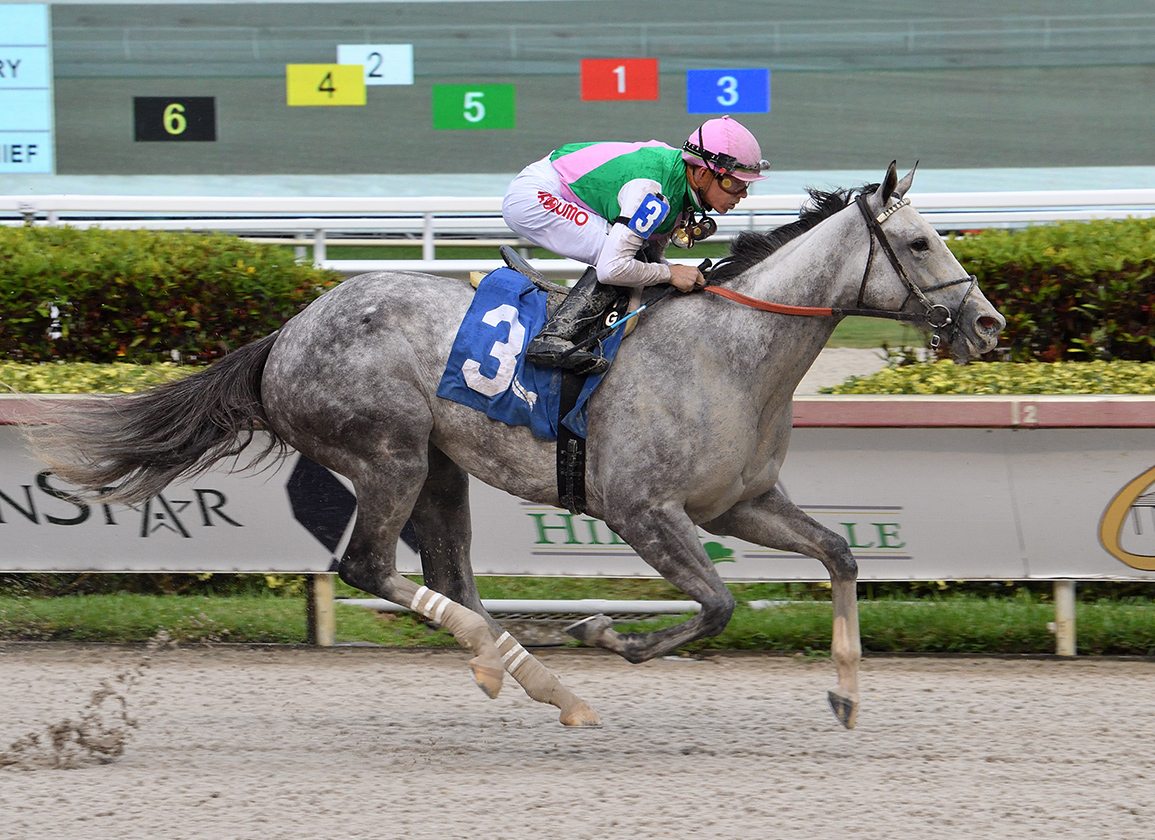 Legacy pedigrees made their presence felt last week as debuters and Derby contenders alike took to the stage. Here's how things stand now that the dust has cleared.

One last hurrah for Giant's Causeway…
Classic Causeway flies his late sire's flag high as part of a very exclusive club. One of three members of Giant's Causeway's final crop–and all colts, the GII Lambholm South Tampa Bay Derby winner is the third son of the 'Iron Horse' to conquer the race behind Carpe Diem and Destin. With two generations of Classic-winning dam sires in his pedigree, the chestnut seeks to fly in further rarified air in May.

An American in the Land of Oz…
LNJ Foxwood's Lighthouse (Mizzen Mast) might have shown a new light on US participation in Australian racing when the mare came home strongest of all to win the G1 Coolmore Classic at Rosehill on Saturday. She's the second US-bred in three years to win the Coolmore, joining Con Te Partiro in 2020. Con Te Partiro was purchased privately from Newgate SF (after RNA-ing at Keeneland November in 2020) by Sheikh Fahad's Qatar Racing for $1.6 million.

A strong Constitution…
We the People declared himself a voice unable to be ignored when the Constitution colt dominated his allowance rivals at Oaklawn Park en route to declaration of rising stardom. The $230,000 FTFMAR snag by Winstar Farm, CMNWLTH, & Siena Farm became his sire's seventh 'TDN Rising Star' in two years. We the People was bred on the same Constitution/Tiznow cross as MGISW Tiz the Law. Picked up by Henley Farms for $40,000 at the 2019 KEEJAN sale with We the People in utero, his dam, Letchworth produced an Always Dreaming colt in 2020 and an Audible colt in 2021. Both are May foals. She was bred back to More Than Ready.

Team Valor sees green with inexpensive filly…
Green Up (Upstart) might be a bit immature with room to grow, according to Barry Irwin, but the filly has already shown the only path for her is up. Coming off a big figure second place effort for prior connections, the globetrotting silks flew home in a 6 3/4 length masterclass in Hallendale with 'TDN Rising Star' honors as icing. A modest $10,000 Fasig-Tipton Midlantic yearling, and a later private acquisition by Irwin's syndicate, Green Up claims the solid runner Just Call Kenny (Jump Start) in her female family. She is her sire's second Rising Star along with Reinvestment Risk last year and Upstart also claims Kentucky Oaks prospect Kathleen O.

The Curlin Factor…
Juddmonte homebred Obligatory began her 2022 campaign the same way she ended 2021: with a graded win. Curlin, who is the sire of this filly and 46 other graded winners, has 86 black-type winners to his name, representing just over 11% of his starters. Incredible numbers especially when considering 16 of those are Grade I winners. Obligatory is a third-generation Juddmonte homebred. Juddmonte bought her unraced third dam, Nijinsky Star, for $700,000 at the 1987 Keeneland November sale.