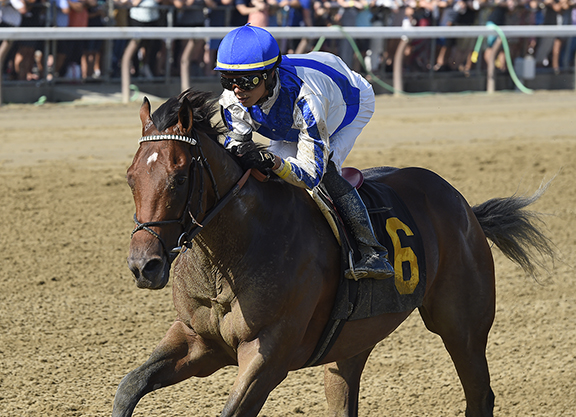 Members of the TDN staff reveal what TDN Rising Star they're most excited to see race in 2019.

When a trainer as patient as Hall of Famer Bill Mott unleashes a win-early, blowout maiden winner on the dirt–standouts like Royal Delta, Close Hatches, Elate, To Honor and Serve and Speightster all come to mind–there's a very good chance that you may have just witnessed something special.

The lightly raced Mucho (Blame) obviously has a long way to go to join that illustrious honor roll, but he certainly hinted that he could be any kind after airing by 9 3/4 lengths at the Spa and earning a 90 Beyer Speed Figure at second asking this past summer.

The Claiborne Farm and Adele Dilschneider homebred's subsequent runner-up finish a month later with a wide trip as the even-money favorite in the prestigious GI Hopeful S. may look even better in hindsight now as well after Walker Hancock revealed in TDN APBs last week that the bay exited that performance with an ankle issue.

After getting plenty of time to recuperate-no surgery was required–Mucho is back in training at Mott's Payson Park base and could launch his highly anticipated sophomore campaign in an allowance race in late February. –Steve Sherack, Senior Editor