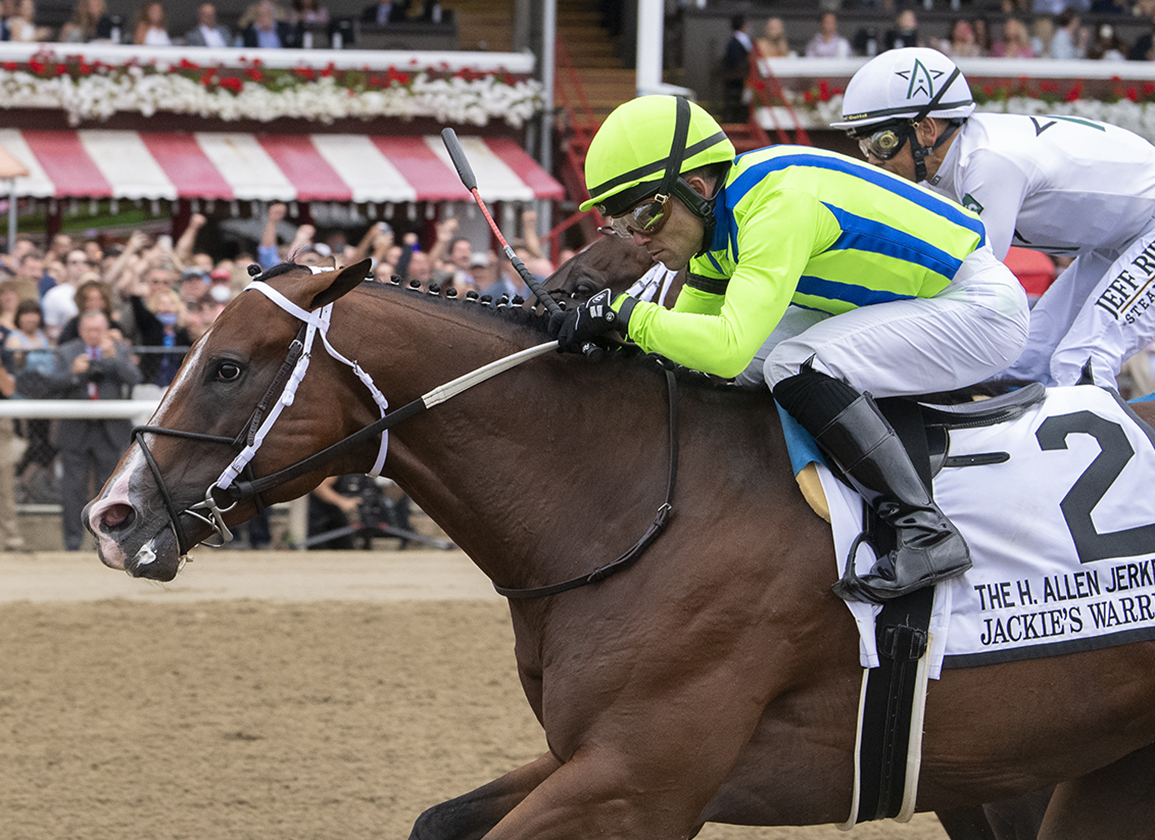 Just a $95,000 Keeneland September yearling buy by J. Kirk and Judy Robison, MGISW juvenile Jackie's Warrior (Maclean's Music) found his home around one turn in 2021 and garnered champion male sprinter honors off of the strength of his complete body of work. His signature win came when out-dueling fellow superstar Life is Good (Into Mischief) in Saratoga's GI H. Allen Jerkens Memorial S., and he followed that up with a smashing success in the GI Gallant Bob S. at Parx for trainer Steve Asmussen. Jackie's Warrior, whose breeding rights were previously acquired by Spendthrift Farm, exited a sixth-place GI Breeders' Cup Sprint run at short odds with a knee chip but is expected to race on in 2022.