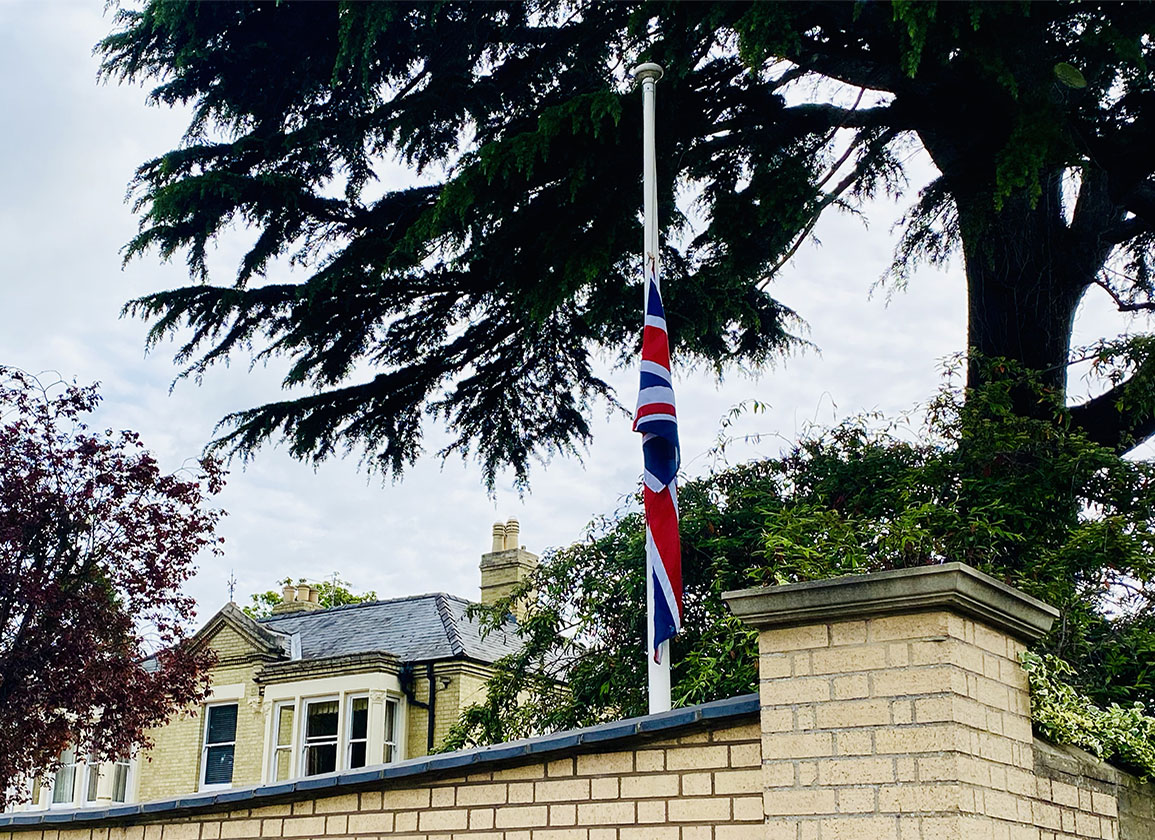 The flag at Somerville Lodge in Newmarket is at half-mast. For the inhabitants of that famous stable it is of course a deeply personal gesture as Maureen Haggas and her family mourn the death of her father Lester Piggott. Over the decades they will have become accustomed to the fact that the head of their family was also a racing icon–a man not just whose name is the first jockey a random member of the public can call to mind, but for many longstanding fans of racing the man who is their sporting hero.

So it is that racing mourns with the Piggott family, feeling a loss not so grievously intimate but a more wistful lament at the closing of one of the most celebrated and remarkable chapters of this great sport.

There appears to be a tendency in modern-day parenting towards excessive praise and a reluctance to criticise. Striking the right balance surely can't be easy, but a smattering of tough love never hurt anyone, and is perhaps often a major driver towards success.

An intriguing interview conducted by Kenneth Harris with Piggott for The Observer in 1970, the year in which he won the Triple Crown on Nijinsky, reveals in the jockey's own words the most significant mentor of his life: his father, Keith. Though born into racing, the young Lester was clearly never allowed simply to coast along.

“He never let me know I was any good,” Piggott said of his father, a former jockey and Grand National-winning trainer, and himself the son of multiple champion National Hunt jockey Ernie Piggott.

And while Keith Piggott may never have told his son he was any good, as the years progressed, Lester's legion of adoring fans never let him forget his brilliance. From Piggott's first of nine Derby victories in 1954 at the age of 18 aboard Never Say Die–a horse whose name would come to encapsulate his jockey's approach to riding–it quickly became clear that a prodigious talent galloped among us; one whose legend was only enhanced by his apparent aloofness and stony-faced deportment.

We could all learn plenty from Piggott's response to another of Harris's questions about the requisite attributes for a jockey, especially when the age of social media encourages almost ceaseless commentary of varying veracity and quality.

“That's one thing about not wanting to talk very much,” he said. “I get time to read about racing, and to listen, and to think.”

Harris issued one final question, eliciting a response which was as telling as it was tongue-in-cheek.

He asked of the greatest jockey, “I've noticed, very occasionally, that if you've won a really great race, like the Derby, in fine style, there is a ghost of a smile on your face as you enter the winner's enclosure. What are you thinking about then?

To which Piggott responded, no doubt with that ghost of a smile, “About Dad saying: 'What about the times you didn't win?'”

Racing is often more about losing than winning. Though Lester Piggott's extraordinary career is defined by the latter, we mourn this one significant loss.

Sombreness Amid The Jubilation

Lester Piggott's death will be marked this weekend at Epsom, when the Derby, the race with which he is most readily associated, will be run in his memory. The jockey's bronze likeness overlooks the unique winner's circle into which he was led following his record nine wins in the Derby, six in the Oaks and another nine in the Coronation Cup.

When Piggott won the Oaks for the first time aboard Carrozza (GB) in 1957, he was led in by the filly's owner, Her Majesty The Queen, who it appears may now be absent from Epsom on Derby day, which has long been marked as one of the official Platinum Jubilee celebrations during the long weekend.
A report in the Sunday Times stated that the 96-year-old monarch would be “pacing herself” in a bid to be present at some of the events being staged to mark her 70 years on the throne. The Queen has missed the Derby only four times during her reign, two of those being through the pandemic restrictions of the last two years.

Thirty years ago Piggott notched his final Classic success aboard the Peter Chapple-Hyam-trained Rodrigo De Triano in the 2,000 Guineas for his old ally Robert Sangster. He was 56 at the time, a milestone that is closing in for Kevin Manning, who won last year's 2,000 Guineas and Irish 2,000 Guineas at the age of 54.

Manning, who recovered extraordinarily quickly from surgery on his shoulder at the end of October in order to be back in time to ride one of those Classic winners, Mac Swiney (Ire), at the Hong Kong International Meeting in mid-December, shows no sign of slowing down. The same can be said for the evergreen Yutaka Take, now 53, who won Sunday's Tokyo Yushun (Japanese Derby) for the sixth time.

As Alan Carasso pointed out in his report of the race won by last year's champion 2-year-old Do Deuce (Jpn) (Heart's Cry {Jpn}), Take has now won his home Derby in his 20s, 30s, 40s and 50s. Among his many riding achievements, he was also in the saddle for Deep Impact (Jpn)'s Triple Crown. His most recent major victories outside Japan came on one of that horse's many good sons, A Shin Hikari (Jpn), winner of the 2015 Hong Kong Cup and 2016 Prix d'Ispahan in France.

We may yet see him reappear at Longchamp this season with Do Deuce, as Take said after Sunday's success, “The Prix de l'Arc de Triomphe should be a strong option for the owner and will probably be our next target.”

On just her fourth start, Above The Curve leapt from winning a maiden and finishing runner-up in the Chesire Oaks to winning Sunday's G1 Prix Saint-Alary, sponsored by Coolmore, who bred and own the filly with Westerberg.

She duly became her U.S. Triple Crown-winning sire's 16th group winner from his four crops of racing age and his fifth at Group/Grade 1 level in America, Japan and France. Plenty of credit must also go to Above The Curve's strong female family. Her unraced dam is a Galileo (Ire) half-sister to Giant's Causeway and You'resothrilling, whose own brood, all by Galileo and including Gleneagles (Ire) and Marvellous (Ire), have played leading roles in recent Classic contests.
For all that Above The Curve has a pedigree and connections fully deserving of her Group 1 status, the race was denied the presence of 1,000 Guineas runner-up Prosperous Voyage (Ire) (Zoffany {Ire}), whose passage from England to France was hampered by delays at the port of Dover.

It is no secret that the Brexit vote has caused travel disruption and extra expense for moving racing and breeding stock between the nations formerly happily engaging under the eminently practical Tripartite Agreement. These days there are few prosperous voyages to be made between Britain and the other European nations. It's a bit late now, but it's always wise to be careful what you wish for.

Hayyona (GB) (Multiplex {GB}) must have been a good-looking youngster to command foal and yearling prices of 130,000gns and 145,000gns respectively. She was only a moderate racehorse, running three times for a rating of 60 and ultimately being sold as a maiden to James Wigan of London Thoroughbred Services for 18,000gns as a 3-year-old. Now 12, the mare has already paid back that outlay, chiefly via her son Bay Bridge (GB) (New Bay {GB}).

Wigan's West Blagdon Stud draft is regularly one of the highlights of the Tattersalls December Foal Sale, but Bay Bridge missed his date in the ring when he was withdrawn from that sale. Put into training with Sir Michael Stoute, who also trained the dual Grade I-winning homebred filly Dank (GB) (Dansili {GB}) for Wigan, Bay Bridge really came into his own as a 3-year-old and has remained unbeaten in his five starts over the last 14 months.
His imperious first Group win in the Brigadier Gerard S. last Thursday hinted at bigger and better things to come, as does the exemplary record of his trainer with later-maturing middle-distance types.

New Bay has been a lucky stallion for Wigan to date, as he is also the co-owner, with Ben, Lucy and Ollie Sangster, of the Ballylinch Stud sire's Group 1 winner Saffron Beach (Ire). She too missed her intended sale date, this time as a yearling, having been pinhooked by the owners as a foal. So far, Plan B has worked out rather well, with both Saffron Beach and Bay Bridge holding smart entries for Royal Ascot.

It is by now no surprise to see graduates of Lanwades Stud winning major races around the world. So attached was Kirsten Rausing to her late stallion Archipenko that she will no doubt have been delighted to have seen him represented by a sixth Group 1 winner in Saturday's Doomben Cup, even if the celebrated Zaaki (GB) (Leroidesanimaux {Brz}), whom she bred, was beaten into third.

The winner, Huetor (Fr), was bred and initially trained in France by Carlos Laffon-Parias, who also trained his half-sister, the G1 Prix de l'Opera winner Villa Marina (GB) (Le Havre {Ire}). He had bought their dam, the Listed winner Briviesca (GB) (Peintre Celebre), as a yearling at Tattersalls for 10,000gns, and subsequently sent her to Bill Mott to add some American black type to that which she had already earned in France.

It is not just the top half of Huetor's pedigree that Rausing will approve of, however, for she has already bred three of Archipenko's Group 1 winners from this female family herself. Huetor's fourth dam Kilavea (Hawaii {SAf}) also features as the sixth dam of the brothers Time Warp (GB) and Glorious Forever (GB), and as the third dam of Madame Chiang (GB). This means that Kilavea's dam, the illustrious Special (Forli {Arg}), features on the top and bottom lines of all four Group 1 winners as she is also the grand-dam of Archipenko.

Kilavea, a half-sister to Nureyev, was bought as a yearling through Richard Galpin by Rausing's compatriot Magnus Berger, and she eventually retired to spend her initial days as a broodmare at Lanwades Stud, visiting Niniski in his first season there. The mare ended up being bought by Sheikh Mohammed for £860,000 when carrying the G1 Yorkshire Oaks runner-up Kiliniski (GB), from whom both Madame Chiang and Huetor descend. Born the year after Kilavea's half-sister Fairy Bridge produced Sadler's Wells, Kiliniski eventually ended up being reoffered for sale as a 14-year-old barren mare at Keeneland's November Sale.

“I rang Joss Collins and asked him to bid on her for me,” Rausing told TDN in 2017. “I said I'd give him $8,000 and he bought her for $2,000. At the time Northern Park had just gone to Gainesway and I didn't want to ship a barren mare so I grossly inbred to Northern Dancer and she had a filly for me. In fact she had four fillies in four years and one was Robe Chinoise (GB), later the dam of Madame Chiang.”

Madame Chiang's daughter Ching Shih (Ire) (Lope De Vega {Ire}), who was third in the G3 Musidora S., is entered for the Oaks on Friday along with her fellow Lanwades-bred Kawida (GB) (Sir Percy {GB}), who is out of an Archipenko half-sister to the aforementioned Zaaki (GB).