Home » Archive » Shared News » Second Chances: Arrogate Colt 'Could be a Player in 3yo Ranks'

Second Chances: Arrogate Colt 'Could be a Player in 3yo Ranks' 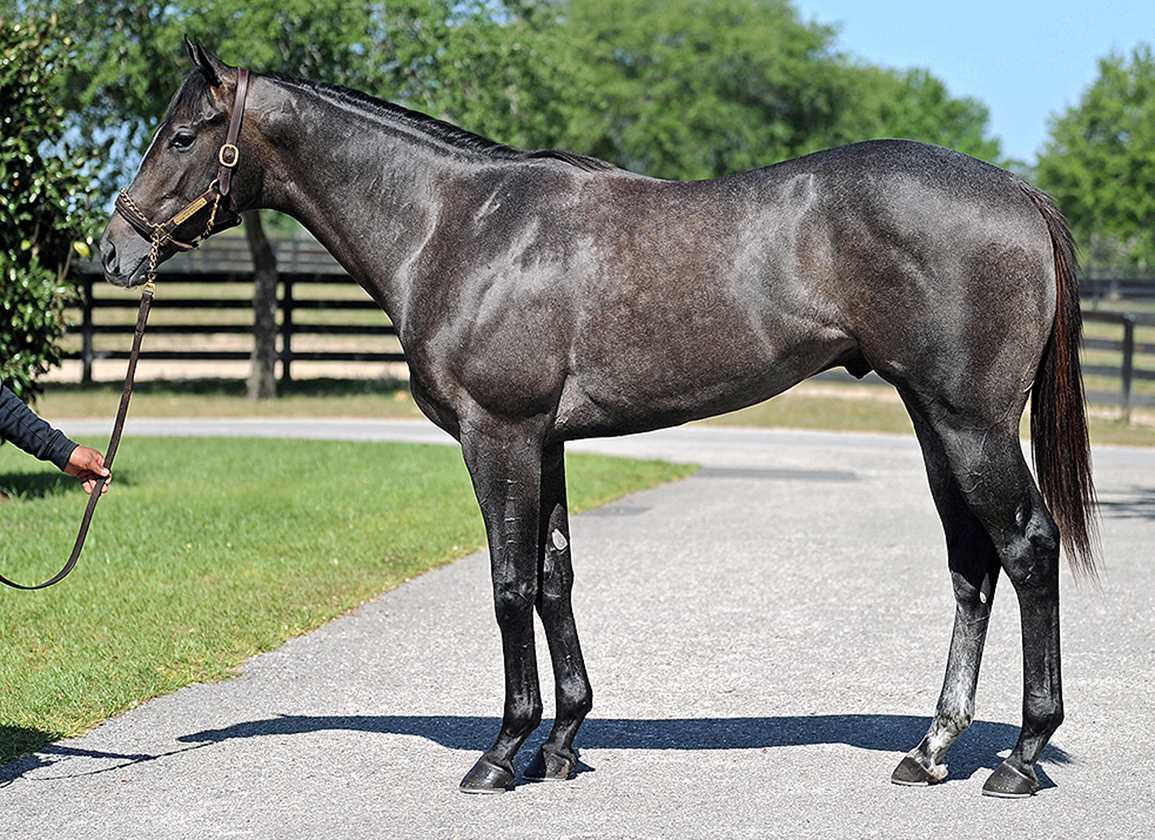 Got Thunder at OBS Spring | ThoroStride

Backed as the 9-5 favorite in his six-furlong unveiling for John Sadler at Del Mar Nov. 28, Got Thunder (c, 2, Arrogate–Ask the Question, by Silver Deputy) stamped himself as one to watch with a very promising second-place finish.

The gray flashed good early speed from the fence while three of them lined up through an opening quarter in :22. Beginning to give way–or at least appearing to do so as the Bob Baffert-trained firster Newgrange (Violence) powerfully struck the front at the top of the stretch–Got Thunder wasn't done yet, however, and fought on gamely beneath Flavien Prat down the lane to keep the final margin at 1 1/2 lengths. He earned a 77 Beyer Speed Figure for the effort.

Got Thunder brought $750,000 from West Point Thoroughbreds and Talla Racing LLC after breezing an eighth in a bullet :10 flat from the Wavertree Stables, Inc. (Ciaran Dunne), Agent III, consignment at OBS Spring. He was previously a $155,000 Keeneland September yearling. Along with Woodford Racing, West Point and Michael Talla also joined forces on the $1.7-million Keeneland September yearling colt topper by City of Light.

“We were second to a horse that I know was well-meant–they think a lot of him,” West Point's Terry Finley said. “We loved this horse at the 2-year-old sale. Ciaran Dunne sold him and really thought he was a horse that had the potential to be a good one.”

Bred in Kentucky by Calumet Farm, Got Thunder is a half-brother to Canadian champion and grassy MGISW Heart to Heart (English Channel) and the MGSP 3-year-old filly Lady Traveler (Quality Road). West Point campaigns the latter, second in this year's GIII Forward Gal S. and third in the GII Black-Eyed Susan S., in partnership. Calumet Farm purchased the winning 18-year-old mare Ask the Question with Got Thunder in utero for $150,000 at the 2019 Keeneland January sale.

The brilliant Arrogate, the richest North American racehorse in history, was humanely euthanized after suffering from an undetermined illness last June. He is represented thus far by 10 winners from his first crop to race. Got Thunder was Arrogate's most expensive 2-year-old colt sold at auction this year. An Arrogate filly out of Amen Hallelujah, now named Shailene, brought $1 million from Katsumi Yoshida at the same Ocala sale and just missed by a neck on debut late last month in Japan.

“We have his half-sister Lady Traveler, who is trained by Dale Romans, and has plenty of upside to her,” Finley said. “The family is there. Arrogate, unfortunately, we're not gonna see a ton of them, but you are going to start to see this crop establish themselves and come to the fore as we get to the end of the year and they get into their 3-year-old year.”

What's next for Got Thunder?

“We're excited to get him two turns,” Finley said. “He's got to come forward, but he's certainly giving John Sadler the indication that he could be a player in the 3-year-old ranks in 2022. He's generated a lot of excitement.”