Right On the Money 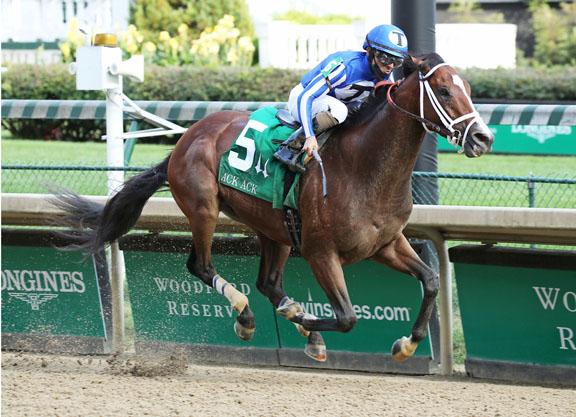 So while Thomas didn't buy any 2-year-olds as he has the previous two years, he did acquire 15 mares whose pedigrees worked well with Mr. Money. Had he not suddenly found himself in the stallion business, Thomas said no way he'd have gone on such a broodmare spending spree.

“I've been trying to downsize,” Thomas said with a laugh. “The answer's not no. It's hell no! But Mr. Money was such a nice horse, and he still is. Everybody who goes out and sees Mr. Money are like, 'OK, what kind of deal can I get if I bring four mares here?' He's going to have a heck of a nice book, and we were three or four weeks late to the game.

The original plan was to race Mr. Money at age five. That changed after a post-work endoscopic exam in late November revealed a breathing obstruction, which Thomas believes explained a poor performance in the GI Breeders' Cup Dirt Mile after Mr. Money's snappy victory in Churchill Downs' GIII Ack Ack. Rather than roll the dice that a surgical procedure would return the horse to peak form, the decision ultimately was made to retire him. Mr. Money is one of four stallions at Journeyman, standing for $5,000.

Brent Fernung, who with wife Crystal owns and operates Journeyman, had never met Thomas. After more or less rejecting the horse when Thomas's main trainer, Bret Calhoun, first made an overture, Fernung then looked at Mr. Money's race videos, loved what he saw “and now I've got to crawfish my way out of this mess,” he said. He called Thomas “and he had me talked into it lock, stock and barrel five minutes into the conversation.”

Fernung quickly learned that, given the choice between going small and big, Thomas opts for bigger. Thomas told Fernung he'd breed “10 or 12” mares to Mr. Money. The number for 2021 right now is set for 23. Thomas also funded a substantial advertising campaign. 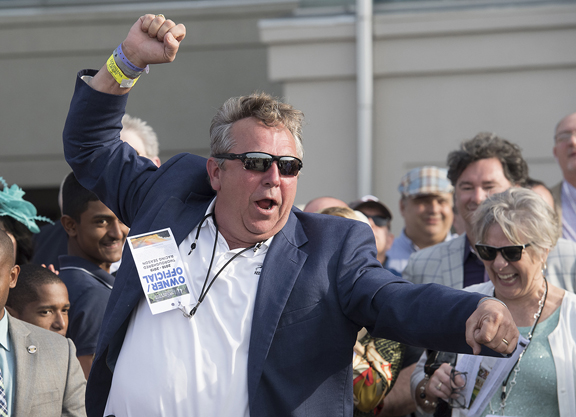 Owner support “is important anywhere, but it's particularly important down here in Florida, where if you look historically stallions have been made by their owners,” Fernung said. “When I heard the enthusiasm that Chester had for this, combined with the quality of the horse, it was a no-brainer for me to want to get involved. Chester has been great. You can't ask any more of an owner than to support his own stallion. It's not cheap to do, but it's a necessity if you really want to make a horse down here.

“I always look for a horse that has something that just makes you turn your head. When I got to watching Money's races, he's winning by five, six, seven in $500,000 races. He's beating these horses for fun. He's got to have enough pedigree to make a stallion, which he does, but they have to rise above just another stakes horse. He certainly did this, the way he won those four races in a row.”

Even with Mr. Money arriving right before New Year's, whereas Fernung would prefer a new stallion be on hand by early November, he said the reception has been excellent. He expects Mr. Money will be bred to between 75 and 100 mares.

He can only hope that Mr. Money mirrors Thomas's ascent in horse racing.

Four years ago, Thomas decided to switch his focus from mainly a claiming operation and inexpensive auction purchases to investing in better-bred and pricier yearlings and 2-year-olds to upgrade his stock with the goal of participating in racing's biggest events. With Josh Stevens his main bloodstock agent, Thomas's Allied Racing soon reaped the results.

In 2019, By My Standards (Goldencents) became Thomas's first graded stakes winner in the GII TwinSpires.com Louisiana Derby. Mr. Money followed with Grade III victories in the Pat Day Mile, Matt Winn, Indiana Derby and West Virginia Derby. He just missed on bagging the coveted Grade I when collared on the wire of the Pennsylvania Derby by Math Wizard (Algorithms), whom Mr. Money had decisively defeated at Indiana Grand and Mountaineer Park.

Today, Allied Racing is one of the top owners in the country, checking in at No. 13 in purse earnings for 2020, including By My Standards winning a trio of Grade II stakes. In addition, Mr. Big News (Giant's Causeway) finished third in the 2020 GI Kentucky Derby, giving Thomas a runner in America's greatest race for the second straight year, following By My Standards' 11th in 2019. 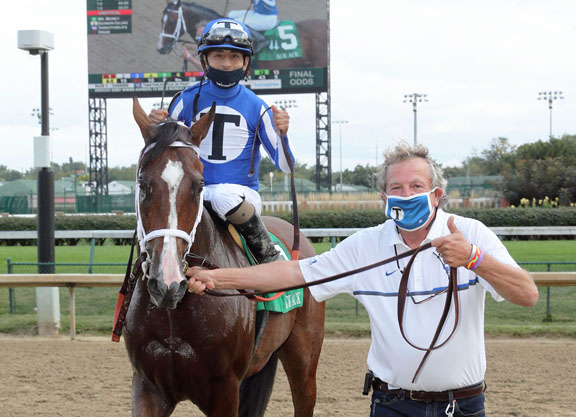 Thomas, who continues to own 75% of Mr. Money to 25% for Spendthrift Farm, believes had Mr. Money held on in the Pennsylvania Derby, he would be residing at Spendthrift in Lexington today. Fernung agrees and says “it was a long neck from Lexington to Ocala,” making it possible for them to have a stallion in Florida with legitimate Kentucky credentials.

“We're benefiting from the fact that he got snagged at the wire in the Pennsylvania Derby,” he said.

Thomas and his team opted to give Mr. Money the chance to make it big in a regional market rather than getting overlooked in the hyper-competition for mares in Kentucky.

“We want him to be successful,” Thomas said. “There's nothing like conquering and winning.”

Thomas said he will sell some of his mares in foal at regional markets with the hopes of getting Mr. Money progeny into the northeast. Some will foal in Florida and a few could land in Texas, but the bulk of babies will be born in Louisiana, he said. Under those states' current rules, those horses can be made eligible for the Florida Stallion Stakes Series as well as Louisiana-bred stakes.

“Florida is a great place for a stallion,” Thomas said. “They've got a lot of horses there. They've got that stakes series. They have good incentives, stallion rewards. They race year-round down there, so that seemed like a good regional market for us to introduce Mr. Money to. And it's not that far from Louisiana.

“I really like the Louisiana program. Our Louisiana-bred horses are carrying the weight for us now,” he continued, referencing his racing stable.

Thomas is putting the same calculated acceleration into his newfound stallion operation that he utilized for his racing operation. Having missed out on the early-November broodmare auctions, he worked with highly regarded pedigree consultant Alan Porter to secure nicely bred fillies and mares via the claim box. He also bought one mare at auction and another privately.

“I am very competitive,” Thomas said. “I don't like losing. So when I focus on something, I really give it my best… It's a numbers game. So the more mares they get, especially if they're the right bloodline crosses, the better odds you get of getting some good racehorses. When you look at the stallion awards, the breeders' awards, look at the purse money, it makes sense–as much as I like to race horses and as competitive as I am–to support this stallion.