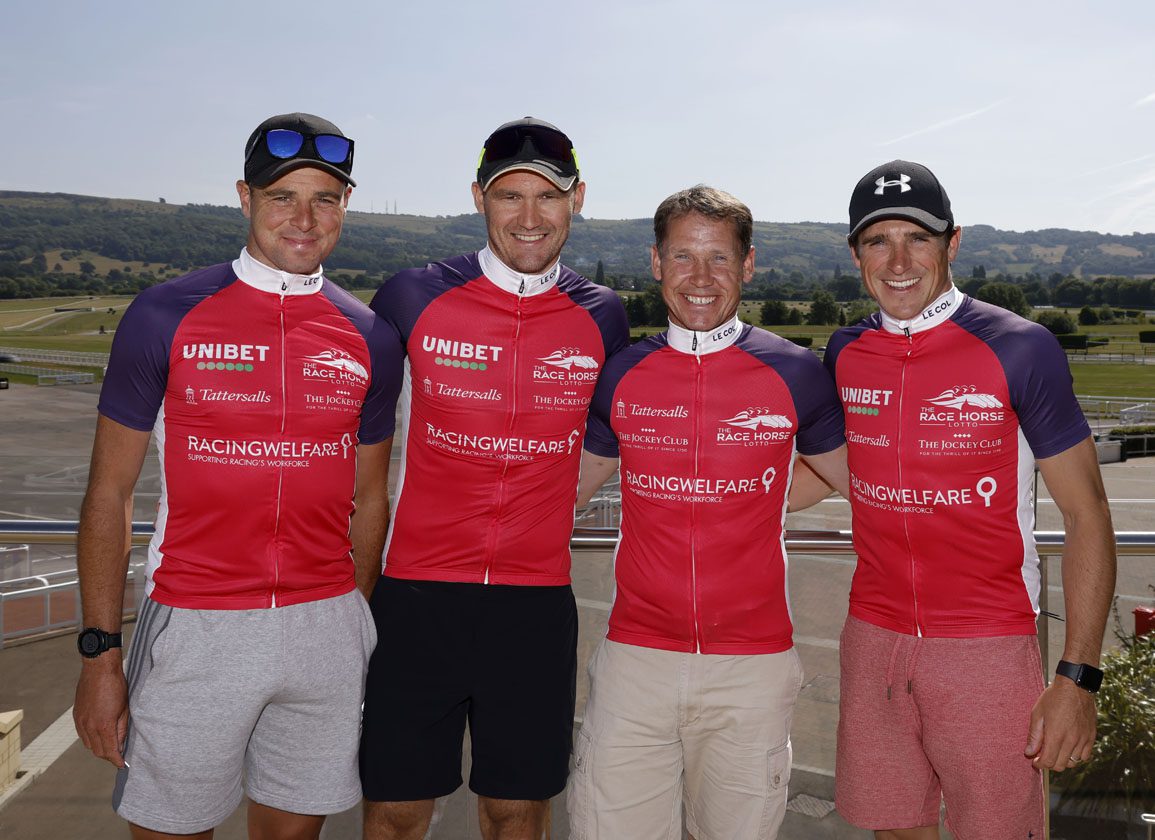 A total of 81 cyclists took part in a 24-hour challenge–embarking on 30km loops that kicked off at Cheltenham racecourse July 16–to benefit Racing Welfare, which supports the racing community. Originally tabbed with a £60,000, the total amount raised by the event is set to top £100,000. In addition to the efforts of the cyclists, funding is also boosted by event sponsors Unibet, Racehorse Lotto, The Jockey Club and Tattersalls. Well beyond the £60,000 target, that figure will have a huge impact, and could cover the cost of employing a welfare team in one of the charity's four regions for a whole year, providing direct on-the-ground support to racing's people.

Alice Campbell, representing Team Racing Welfare, said, “I've worked in National Hunt racing for nearly 20 years and am currently working for Nigel Twiston-Davies. I entered the cycle challenge because Racing Welfare helped me get back to full fitness after breaking my leg and rupturing my PCL ligament and wanted to give something back.”

Collectively the cyclists amassed a total of 644 laps and a staggering 12,313km. The most laps (57) were recorded by The Menorahs–consisting of Rhys Flint, Harry Skelton, Tom Danter and Richard Johnson.

To make a donation before 5pm Friday, July 22, click here.