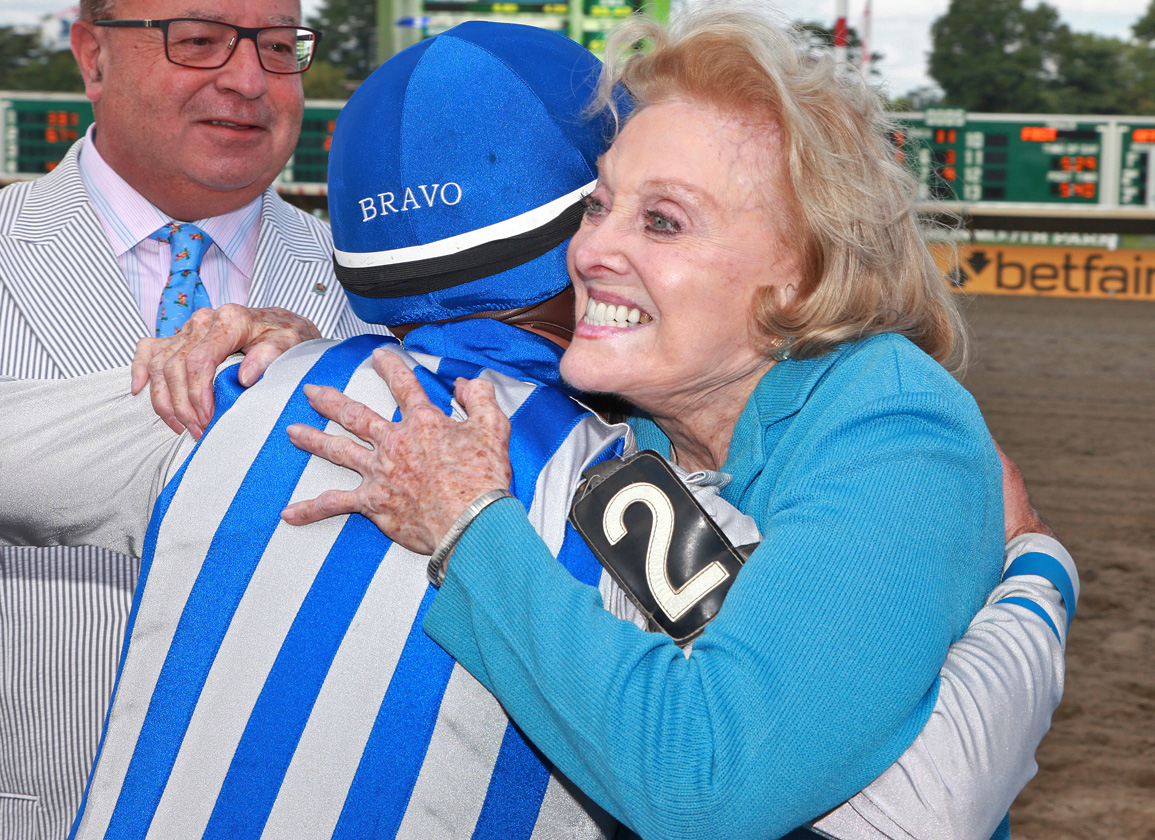 Abercrombie, the only child of Texas oilman and Cameron Iron Works founder J. S. “Mr. Jim” Abercrombie and Lillie Frank Abercrombie, was born Jan. 15, 1926, in Kingston, Jamaica. Growing up in Texas, her love of horses begun at a young age, evolving into a passion of American Saddle Horses, which led to her winning a 17 of 20 classes–the most blue ribbons during a single season–at Madison Square Garden. She was also one of only a handful of amateurs to show a World Grand Champion. Her passion for the sport, combined with her strong desire to support civic projects, led her to join her father in creating the Pin Oak Charity Horse Show in the mid-1940's, which supported the Texas Children's Hospital. Abercrombie's success on the horse show circuit eventually led her to major competitions in Kentucky, where she fell in love with the land and the horses.

Turning her energies toward Thoroughbred breeding and racing in the 1950's, she and her father purchased 4,000-acre Pin Oak, in Woodford County, Kentucky, and after 35 years on the original Pin Oak tract–where they raised cattle and grew tabacco–Abercrombie decided to move to a smaller 750-acre farm–named Pin Oak Stud–just down the road to focus solely on Thoroughbreds. A hands-on owner, she was present at many of the births of her Thoroughbreds and was active in the early schooling of young racehorses. Pin Oak hombreds were campaigned in her blue and gray racing silks, the school colors of her alma mater Rice University.

Pin Oak Stud has nearly 70 stakes winners–bred or raced-to its credit, including Classic winners in America and England and Grade I/Group 1 stakes winners in three countries. Among Pin Oak's homebreds are 1990 champion grass mare Laugh and Be Merry (Erins Isle {Ire}) and GISW Confessional (Holy Bull) in addition to top colts who went on to become successful stallions, including 1995 Canadian Horse of the Year and champion sophomore Peaks and Valleys (Mt. Livermore) and MGSW and GISP Broken Vow (Unbridled).

A total of 23 mares and foals were offered at Fasig-Tipton in a dispersal of Pin Oak Stud's stock this past September. Headlining the dispersal with a $650,000 finial bid was MGSW Don't Leave Me (Lemon Drop Kid), who was in foal to Authentic.

Recognized as the National Breeder of the Year, she also has been honored by the Kentucky Thoroughbred Owners and Breeders with the Hardboot Award as well as the William T. Young Humanitarian Award. Additionally, Abercrombie was inducted into the Texas Horseracing Hall of Fame. In 2018, she was the Honor Guest of the Thoroughbred Club of America in appreciation for her “enduring sportsmanship, acumen and vision, and her devotion to the loftiest principles established by earlier leaders on the Turf.”

With a strong sense of responsibility to future generations, Abercrombie provided generous philanthropic support of civic, educational, and Thoroughbred industry projects, including support of her alma mater Rice University and the founding of The Lexington School.