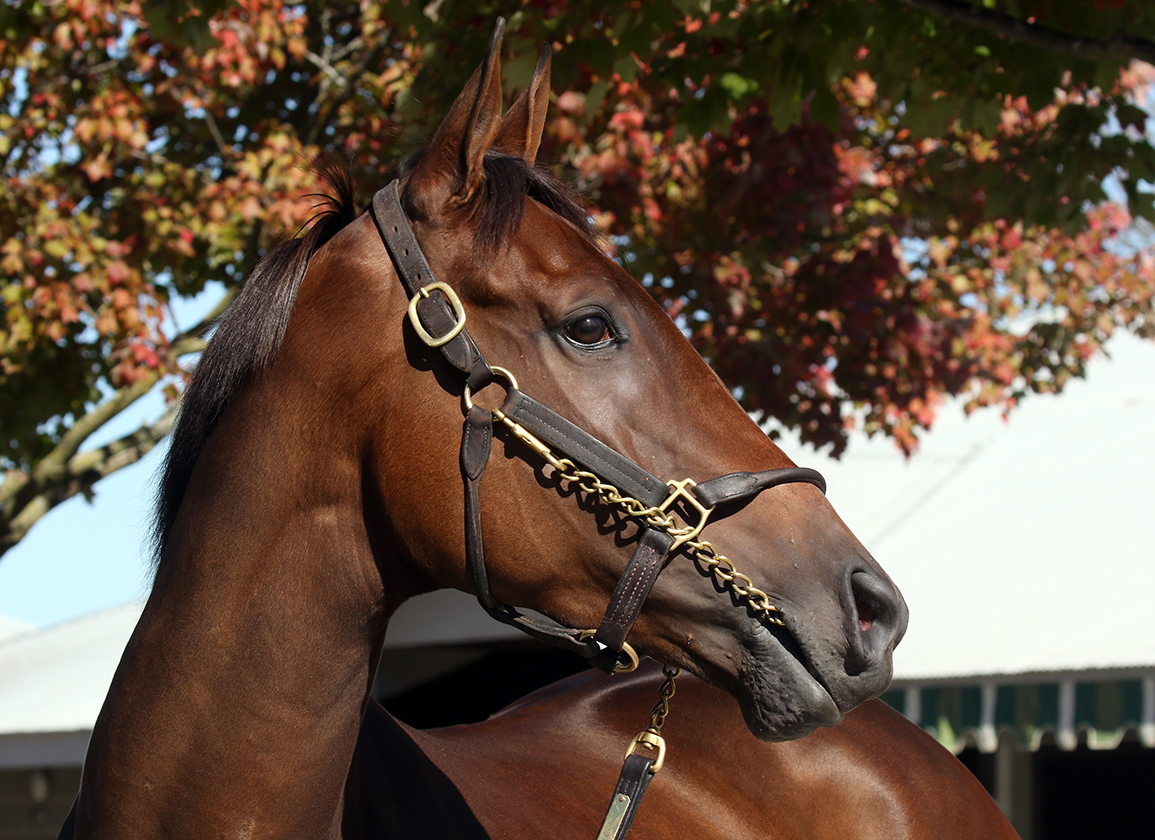 Bidding on behalf of Spendthrift Farm, Ned Toffey went to a session-topping $3.1 million to acquire Paris Lights (Curlin–Paris Bikini, by Bernardini) as the third-last horse through the ring as part of the supplemental catalog on the opening day of the Keeneland November Sale in Lexington. The 4-year-old filly, who was consigned to the sale by ELiTE, agent, went three-for-four as during her sophomore season, capping the campaign with a hard-fought head defeat of fellow WinStar Stablemates Racing colorbearer Crystal Ball (Malibu Moon) in the GI Coaching Club American Oaks at Saratoga. The bay, a $200,000 RNA at Keeneland September in 2018, added a victory in this year's GIII Distaff S. and additional placings in the Shawnee S. at Churchill in May and in the Love Sign S. at Colonial this past August. Bred on the potent cross of Curlin over A.P. Indy-line dams, Paris Lights is out of a daughter of SP Lacadena (Fasliyev), the dam of GSW & MGISP America (A.P. Indy). The latter is responsible for 'TDN Rising Star' First Captain (Curlin), winner of this year's GIII Dwyer S. at Belmont Park.