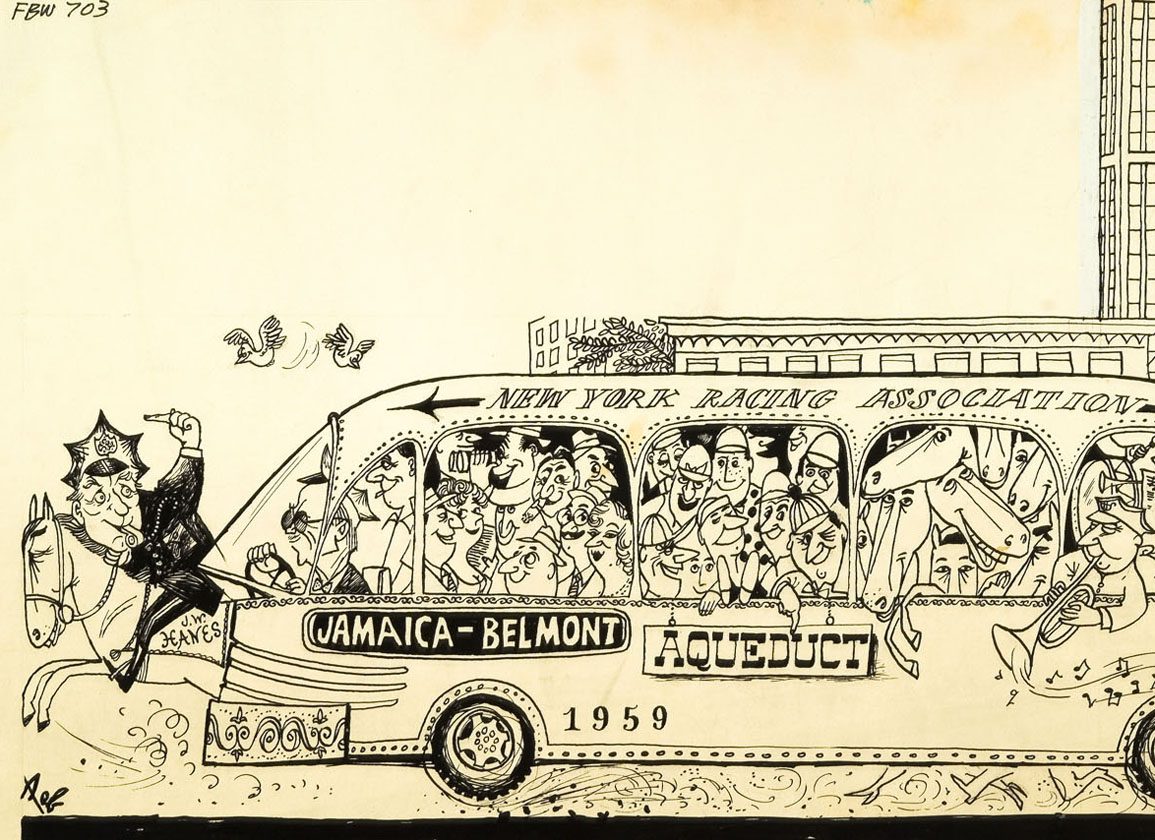 The New York Racing Association (NYRA) and the National Museum of Racing and Hall of Fame will highlight the career and accomplishments of the renowned cartoonist Pierre “Peb” Bellocq during a ceremony at Belmont Park Saturday, July 9, as part of the Stars and Stripes Racing Festival.

In 2020, Bellocq was selected to be a member of the National Museum of Racing's Joe Hirsch Media Roll of Honor. Due to the impact of the COVID-19 pandemic in 2020 and 2021, NYRA and the Racing Museum have yet to hold a public event to commemorate this honor.

NYRA and the National Museum of Racing will honor Peb's contributions in a variety of ways including a race named in his honor followed by a winner's circle ceremony featuring Bellocq alongside family and friends.

Bellocq, 95, was born in France in 1926. At age 19, the French racing journal France Courses gave him national exposure by publishing one of his cartoons of a jockey. Bellocq signed the drawing as “Peb,” a signature that became his lifelong moniker.

Bellocq decided to relocate to the United States and in 1955 accepted an offer to work as the staff cartoonist for the Morning Telegraph and its sister paper, Daily Racing Form, a job he held until December 2008. Early in this career, Bellocq also produced political cartoons for the Philadelphia Inquirer while simultaneously working for the Form. Bellocq eventually transitioned his primary focus to thoroughbred racing.

Along with his work for the Form, Bellocq has been commissioned by numerous racetracks to produce vibrant murals capturing the flavor of the sport. At Belmont Park, he created a mural which is featured prominently on the second floor of the clubhouse featuring a wide variety of racing personalities. His large-scale cartoon collages have become fixtures at Churchill Downs, Del Mar, Arlington, Oaklawn, Aqueduct, and The Meadowlands.

Peb's work has also featured from time to time in this publication and his son Remi's work appears every Friday on page 2 of the TDN.