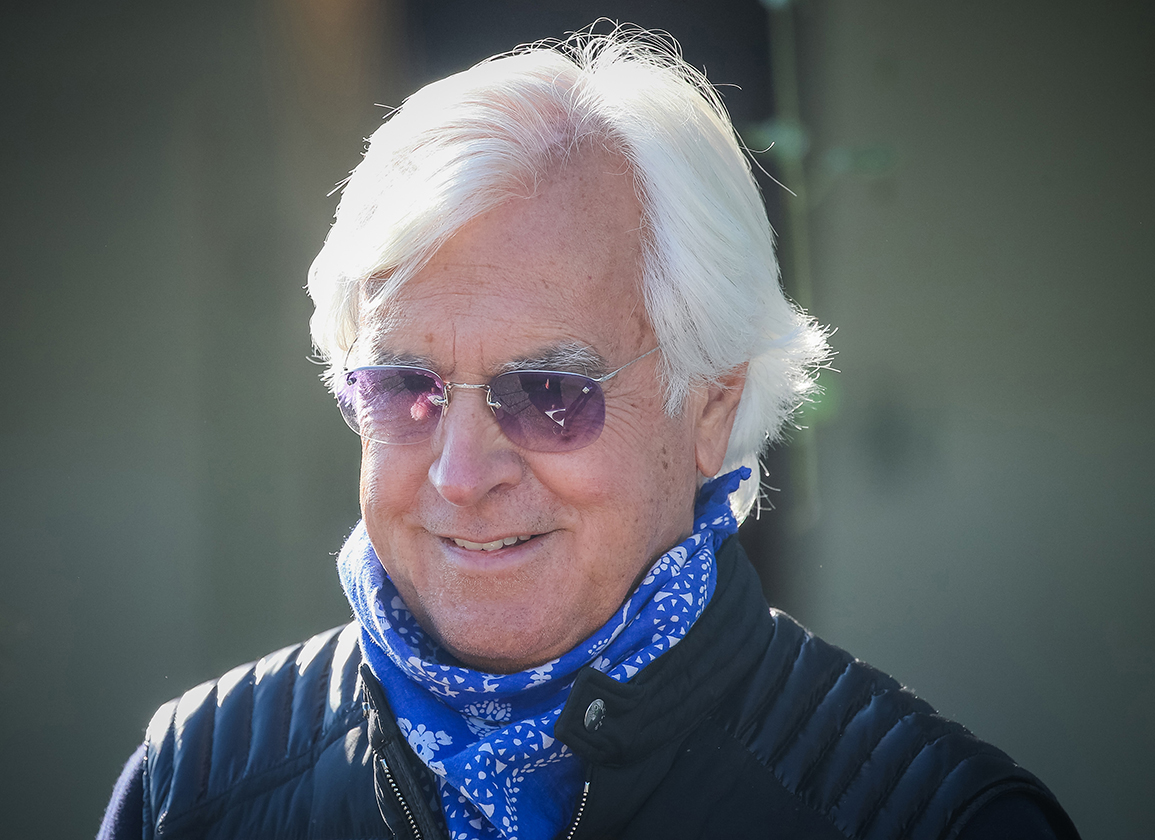 “NYRA has reasonably concluded that it will not condone Baffert's reckless practices, outrageous behavior and substance violations, each of which compromises the integrity of the sport,” Sherwood wrote. “I conclude that NYRA has reasonably determined that he should be excluded from the Racetracks for a lengthy period.”

The report has been sent to a three-person panel that has been convened to consider whether or not Baffert should be penalized by NYRA. Each side will have 14 days to respond to the report. After the 14 days, the panel will have 10 days to make a final decision.

On May 17, NYRA suspended Baffert, but had to drop the ban when a federal judge ruled that NYRA could not take such steps without first holding a hearing for Baffert or for anyone else the racing organization sought to suspend. Because of its affiliation with the state of New York, NYRA, unlike privately owned tracks like Churchill Downs, does not necessarily have the right to ban someone without due process. Churchill's two-year ban of Baffert is currently in place. He is also currently serving a 90-day suspension handed down by the Kentucky Horse Racing Commission.

The hearing commenced in January with NYRA attorney Henry Greenberg stating that Baffert had taken a “wrecking ball” to the sport's integrity because of his record of repeated drug violations. NYRA charged that during a 14-month span, Baffert-trained horses tested positive for prohibited medications seven times. The most high-profile offense occurred in the 2021 GI Kentucky Derby in which Medina Spirit (Protonico) tested positive for betamethasone.

In asking the hearing officer to recommend a suspension for Baffert, NYRA said that his conduct was detrimental to the best interests of racing, the health and safety of the horses and NYRA business operations. Baffert's team countered, arguing that NYRA's characterizations of the offenses were misleading and that NYRA “grossly overstates” the seriousness of the substances involved in the many positive drug tests. Citing expert testimony presented at the hearing, Baffert contended that the substances were not performance-enhancing and would not mask injury.

Sherwood did not seem to give much merit to those arguments or any others made by the Baffert team, writing that NYRA had met its burden of proof in respect to all charges it made against Baffert.

“NYRA maintains (and the record shows) that Baffert has engaged in a pattern and practice of unlawful conduct that has no parallel in the modern history of Thoroughbred racing,” Sherwood wrote.

He continues: “NYRA also proved that each time Baffert was charged with a violation he provided an implausible excuse, and blamed others for conduct that he, as the trainer, was responsible for as a matter of law.”

Sherwood agreed with NYRA's contention that a failure to suspend Baffert would have negative consequences for the racing association and the sport in general.

“In NYRA's reasonable judgment, a failure to suspend Baffert could result in public scandal and ultimately a decrease  in spectatorship, loss of revenues to the State and NYRA's racetracks and even a decline of Thoroughbred racing as a sport,” Sherwood wrote. “I find that NYRA need not continue to suffer Baffert's defaults and to bear the risk of loss of public confidence.”

NYRA had proposed that Baffert be banned for “a lengthy period” and did not suggest a specific length of suspension. Citing the Churchill suspension and writing that “Baffert has not established grounds for any shorter period of exclusion at the NYRA Racetracks,” Sherwood recommended the two-year suspension.

The panel could give Baffert credit for the 59 days he was suspended before the judge ruled that NYRA had to give him a hearing. Should the panel vote to suspend Baffert, his NYRA ban would go into effect on July 2, following the end of his 90-day suspension issued by the Kentucky Horse Racing Commission. That would mean the next running of the GI Belmont S. that he can participate in would be in 2025.

Baffert attorney Clark Brewster issued a statement that read: “Despite the fact that Bob has never had a single medication violation in New York, we expected this interim recommendation to the panel, which is not NYRA's final decision. We will contest this recommendation until we ultimately find a neutral, detached decision-maker that doesn't rubber stamp the NYRA lawyers' demands.”