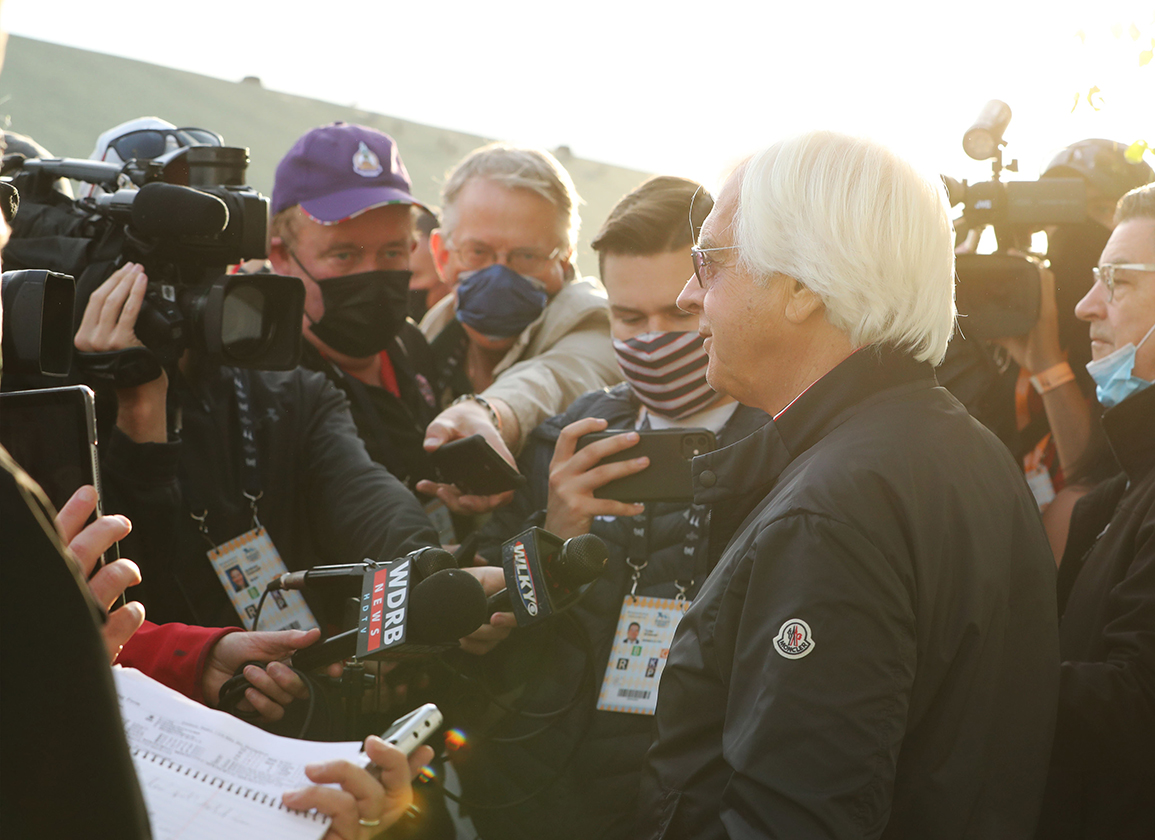 There was more bad news for Bob Baffert Monday, as the New York Racing Association announced that it has temporarily suspended the trainer, which means he will not be allowed to enter any horses at NYRA tracks or occupy stall space.

“In order to maintain a successful thoroughbred racing industry in New York, NYRA must protect the integrity of the sport for our fans, the betting public and racing participants,” NYRA President and CEO Dave O'Rourke said in a statement. “That responsibility demands the action taken today in the best interests of thoroughbred racing.”

While Baffert was not planning on running any of his horses in the GI Belmont S., he was aiming Charlatan (Speightstown) for the GI Hill 'n' Dale Metropolitan H., run the same day as the Belmont. In most years, Baffert has also had starters during the Saratoga meet. It was not immediately known whether or not Charlatan or any other horses now trained by Baffert can run at the NYRA tracks for other trainers.

NYRA has joined Churchill Downs as tracks that are no longer accepting entries from Baffert. After agreeing to a number of conditions, including pre-race drug tests, Baffert was allowed to compete in the GI Preakness S. and other weekend stakes at Pimlico, by the track's owner, The Stronach Group. Medina Spirit (Protonico) ran third in the Preakness and stablemate Concert Tour (Street Sense) finished a well-beaten ninth.

In a response to TDN via email, Baffert's attorney, W. Craig Robertson, said: “I am just now reviewing the NYRA decision and then I will discuss it with Bob, along with all of his legal options.  No formal statement or decision until both of those take place.”

Baffert's troubles began when he announced that he had been informed by the Kentucky Racing Commission that Medina Spirit had tested positive for the banned medication betamethasone, which is a corticosteroid. The betamethasone positive cannot be officially confirmed until after a split sample has been tested. Baffert has admitted that Medina Spirit was treated with an anti-fungal ointment which contains betamethasone.

NYRA acknowledged that, when making the decision, it took under consideration that Baffert has had numerous positives over the last several months.

“In addition to the ongoing investigation into Medina Spirit's victory in the Kentucky Derby, NYRA has taken into account the fact that other horses trained by Mr. Baffert have failed drug tests in the recent past, resulting in the assessment of penalties against him by thoroughbred racing regulators in Kentucky, California, and Arkansas,” read NYRA's statement.

NYRA called the suspension “temporary” and said it will make a final determination based on information revealed during the course of the ongoing investigation in Kentucky, such as the post-Kentucky Derby test results of Medina Spirit.